Yesterday, things were not looking good: outside the wind and rain were raging; Calvin had a snotty nose and was running a low-grade fever; the full moon was on the rise. The good news was that it had been twenty-five days since his last grand mal seizure.

Michael and I crawled into bed just before seven—a record early one for us (it's our version of sleeping in.) I read a few, short chapters of Elizabeth Strout's new novel, Lucy By the Sea, before drifting off to sleep. It was not quite seven-thirty when I took a last peek at the clock.

Ten-and-a-half hours later, I woke up to Calvin making his groggy morning coos. He hadn't had a seizure! I was so stoked.

So, Calvin, who has been titrating up on a new drug, Xcopri (aka cenobemate), since November a year ago has had just three seizures—albeit all within twenty-six hours of each other—in seventy days. That's almost a personal best. He's on track to have just over half as many grand mal seizures this year as last (about 38 compared with 72 in 2021) and he hasn't had any obvious focal seizures since last February compared with over twenty last year. I owe this huge improvement to the Xcopri. I should also mention that, for weeks now, I haven't felt like I've had to give him any extra prophylactic doses of my homemade THCA cannabis oil, something I was doing almost daily a couple of months ago.

My hope is that Calvin can soon get to a place where we can either switch his Keppra to its cousin, Briviact, which, I'm told, is just as efficacious and has fewer behavioral side effects, or we can wean him from the Keppra all-together (because it doesn't seem like it does jack shit. One day, I'd also like to wean him from the cannabis oil so that he is getting less drug treatment. I'm hoping his body doesn't habituate to the Xcopri. I'm holding onto hope that it might be the silver bullet Michael says doesn't exist. Eternal optimist, I am.

Having said all that, tonight Calvin is still sick and stuffy and running a low-grade fever. I just put him to bed. If he makes it through tonight without a seizure, it'll feel like a miracle. Cross your fingers. Knock on wood. 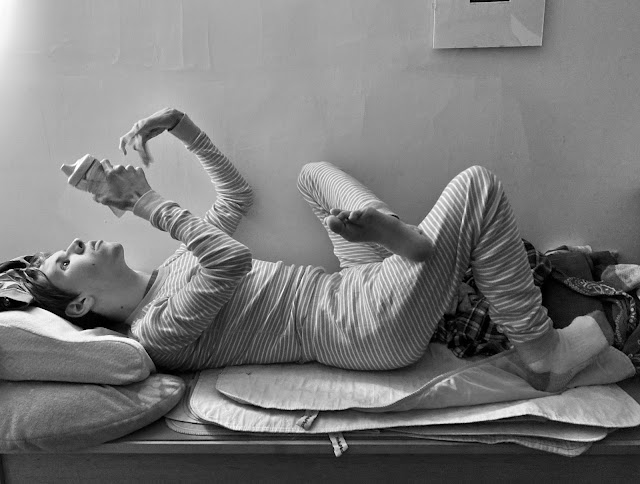 Posted by Christy Shake at 5:37 PM