I have always loved the rain, especially the kind that drowns everything out, cleanses the air we breathe, luxuriously darkens my mood which has been drawn taut by endless dry and blinding days. It comes as some release.

My son’s seizure occurred earlier and lasted longer than most. I used every tack I know: pushed his pressure points—the philtrum, feet and wrists—held frankincense under his nose, anointed his toes, but none were of assist. After nearly two-and-a-half minutes I realized we’d have to employ rectal Valium to stop the fit and dodge any others that were bound to manifest.

Outside, the night air was close and still. Birds chirped. The pressure dipped. After midnight I checked on our boy and found him sleeping soundly as he’s ever done. I wondered if he’d wake, or if it would be the night he’d simply fail to take another breath.

Windows wide, I drifted off to sleep until the sky opened up, a world of water raining down upon this little piece of earth.

My son did wake. I lifted his shade to a glowing sky of white again. He cried and fussed a bit and wouldn’t drink. I wrapped my arms around his tiny frame and pressed my head into his to calm what seemed like pain, perhaps malaise. I have no idea what he feels, inscrutable as he is.

The rain. It comes and goes. The air is thick. The ground is drenched. My boy is on the mend—I think—at least until the next one hits. 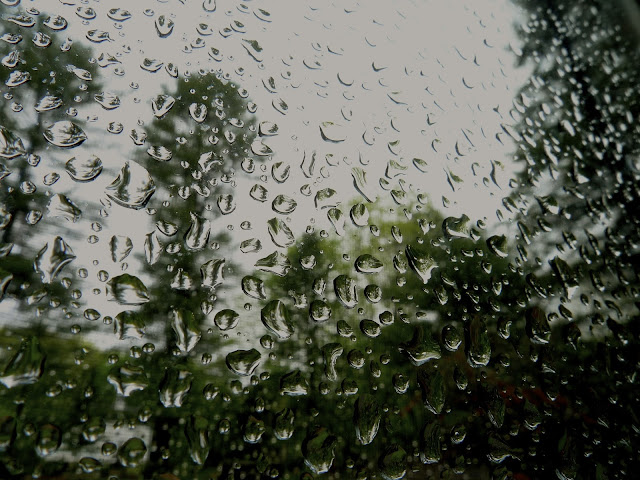