I'm not quite sure why the image below turned out the way it did. I didn't consciously do anything different when I took it, but there is something about it that I like: its whiteness, its clarity on one side, its nebulousness and blanching on the other. Call it serendipity. As someone who doesn't believe that things happen for a reason—except for things in my control and definitely not including things like Calvin being put on this earth disabled and suffering to teach peons like me a lesson—I can dig happenstance when it turns out good.

Speaking of which, it is notable that Calvin, after having had his last dose of the benzodiazepine clobazam, aka Onfi, just over six weeks ago, and having eliminated his CBD cannabis oil last Tuesday, has seemed to be calmer and happier for the most part. His sleep has especially improved after yanking the CBD (he remains on my homemade THCA cannabis oil that he started taking over four years ago.) So, too, he is going into his second month holding at just three grand mals in as much time, which is a 25% reduction at the very least and a 50 to 60% reduction over his worst months since beginning his benzo wean four years ago this month. Furthermore, he seems to be having seizures on fewer days, and my hope is that, over the long run, he will endure fewer partial complex seizures without CBD.

It is still early, however, so everything could fall to shit over the course of a bad day or two, or an illness. Luckily, Calvin has been surprisingly healthy virus-wise this school year, probably because he has built up a good immune response probably due to the fact he drinks bath water and likes to lick surfaces, including the bottom of his shoes, and partly because he takes probiotics and eats so well—spinach, yogurt, berries galore, almonds, meats, beets and colorful fruits, prunes, carrots, broccoli, fish, eggs; he likes it all.

So keep your fingers crossed and knock on wood again. My hope is, as the benzo withdrawal slowly loses its grip, that Calvin will have only one or two grand mals on average each month. Wouldn't that be serendipitous? 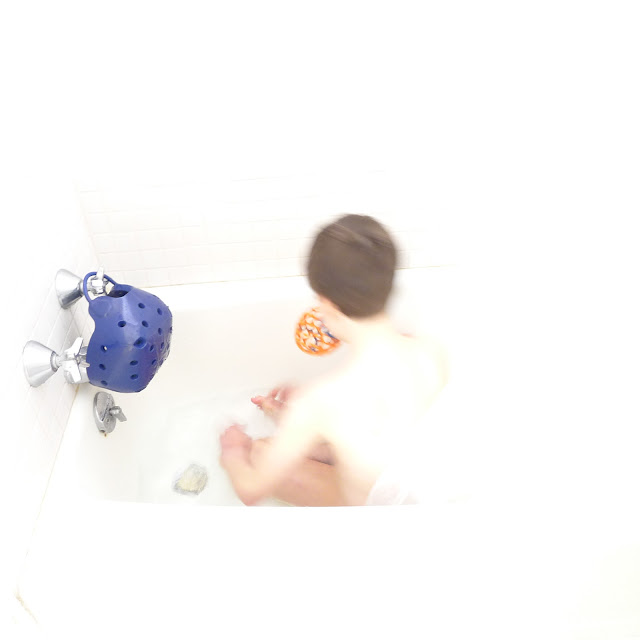 Posted by Christy Shake at 1:46 PM