gonna be a long winter

While walking Smellie this morning it was twelve degrees with a windchill factor of minus two. I braved the cold with layer upon layer of winter gear. Smellie, who seems to thrive in cooler temps, remained untroubled. By day's end, there could be as much as a foot of snow to shovel. Roads aren't yet plowed well, so a long car ride is not on the schedule.

Technically, it's not even winter yet. Nonetheless, here we are stuck indoors without much to do. Michael reminded me that, because of the pandemic, Calvin likely won't be back in school for another few months at best, not until he can get the Covid vaccine.

So, it's gonna be a long winter. We can't send Calvin to school for several reasons: he won't keep a mask or shield on his face; he touches and sometimes bites and mouths surfaces—windows and their sills, tables, banisters, the backs of chairs, radiators; he puts his fingers into his mouth frequently; caregivers won't be able to maintain a three- to six-foot distance since they have to walk within arm's reach to keep him safe, and they have to feed him, toilet him and change his diapers. Calvin's underlying health conditions—most significantly, perhaps, his epilepsy—put him at great risk of complications or death if he were to get Covid. People with developmental disabilities are three times more likely to die from Covid than the general population. Moreover, Calvin's school is not routinely testing students, faculty or staff. To make matters worse, infection rates in Maine have spiked recently. The stealthy virus is everywhere in the community. Finally, if Michael and/or I were to get very sick, without family nearby or nurses to help take care of Calvin, we'd be in some serious trouble.

So, it's gonna be a long winter. But because of Calvin we've had years of practice at sheltering in place with little to do and virtually nowhere to go.

P.S. It has been sixteen days since Calvin's last seizure. I attribute a handful of long(er) stints these past two months to an increased dose if homemade THCA cannabis oil. Thought you'd like to know. 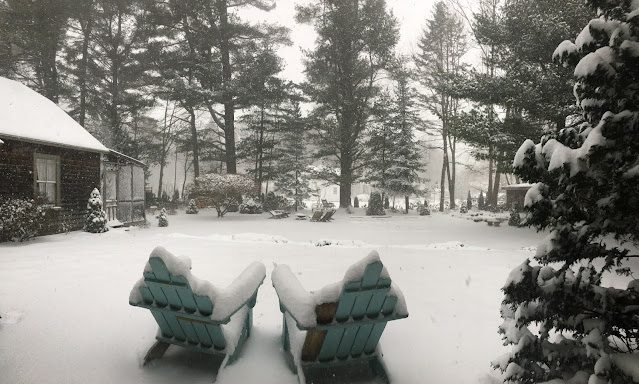