I didn't want to believe it, but the day after Calvin woke at 4:00 a.m. to a seizure he already showed signs of an impending one: hot red ears, whining, rashy chin, finger snapping, dropping down, seizure breath, flailing and screeching, bloody nose, stubborn, strange laughter. Unfortunately, I was right, and his seizure scream woke me this morning, again at 4:00 a.m.

It was a febrile seizure, his rectal temp of 101.4 degrees slightly higher than one he'd had yesterday afternoon. In the wake of the six-minute convulsive seizure, I stripped him down to his t-shirt and diaper, gave him acetaminophen for the fever and gave him extra cannabis oil from a syringe I'd prepared yesterday expecting I might need it even though it was only day two. Calvin fell asleep fairly quickly, which was a good omen, though he shuddered and shook for the good part of an hour in what we call post-ictal aftershocks.

The fact that it was a febrile seizure is a consolation of sorts, that there was an obvious trigger: an illness. But I'm still vexed by this recent spate of seizures and dreading another trip to the emergency room. I must keep in mind that for the past five-and-a-half months Calvin has not had a daytime tonic-clonic (grand mal) seizure. For now, he suffers them only while he is asleep.

Perhaps the fact that my eleven-year-old boy is growing like a weed, and is likely experiencing concomitant hormone changes, is contributing to the stress on his body that can trigger seizures. So, this Friday I'll be driving up to our dispensary to pick up some flower for my seventh batch of THCA oil plus a batch of CBD oil that is more concentrated than the one we are using and therefore easier to administer at higher doses. Currently, Calvin is taking in twelve milligrams of CBD per day which is only about 0.5 mgs per kilogram of his weight. Some children are taking as much as 2.5 mgs CBD per pound of their weight, so Calvin has much room to move if need be, which is another consolation.

A week ago, Calvin had seemed to have recovered from his bout of status epilepticus which had put him in the ER for twelve hours having endured four emergency seizure medications in an effort to stop repeated seizures. Last Thursday he seemed to be feeling good enough to go bowling with his ed-tech, Mary. I went and watched and snapped a few shots to show Michael, catching a smile or two from our boy, which is the best consolation of all. 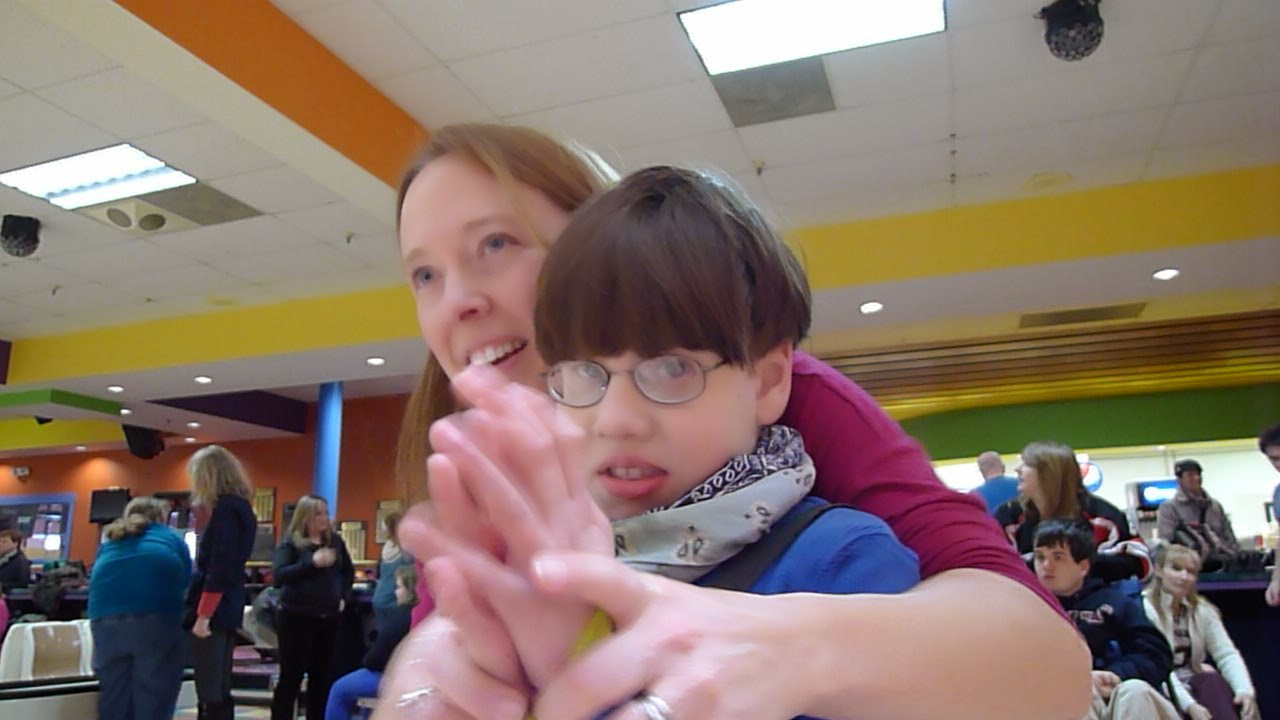