It got up to about thirty degrees today after having been minus twenty-one yesterday before dawn. There was a breeze, but it felt warm compared with the sub-zero wind chills we've had of late due to fierce northwestern gales. In my light puffy jacket and quilted pants I broke a sweat walking Nellie at the fields, the snow still deep in places impeding an easy gait.

As usual, Nellie was serious about having some fun siting squirrels, plowing through drifts up to her chest and scooping up snow to eat while on the fly. She's fun to watch though I wished I could have had Calvin at my side, but we have yet to find boots he can walk in and even then he'd have a hard time on the ice and uneven ground.

I've got some serious spring fever, hoping that the sidewalks will soon melt so I can take Calvin outside. It's been months. We'll walk down to Woody's and maybe to the fields if he's up for it. I hope the drifts and banks as high as my head will dissolve before April to reveal the purple crocuses of spring and everything else green that has been cloaked in snow and having kept us locked inside for so long. 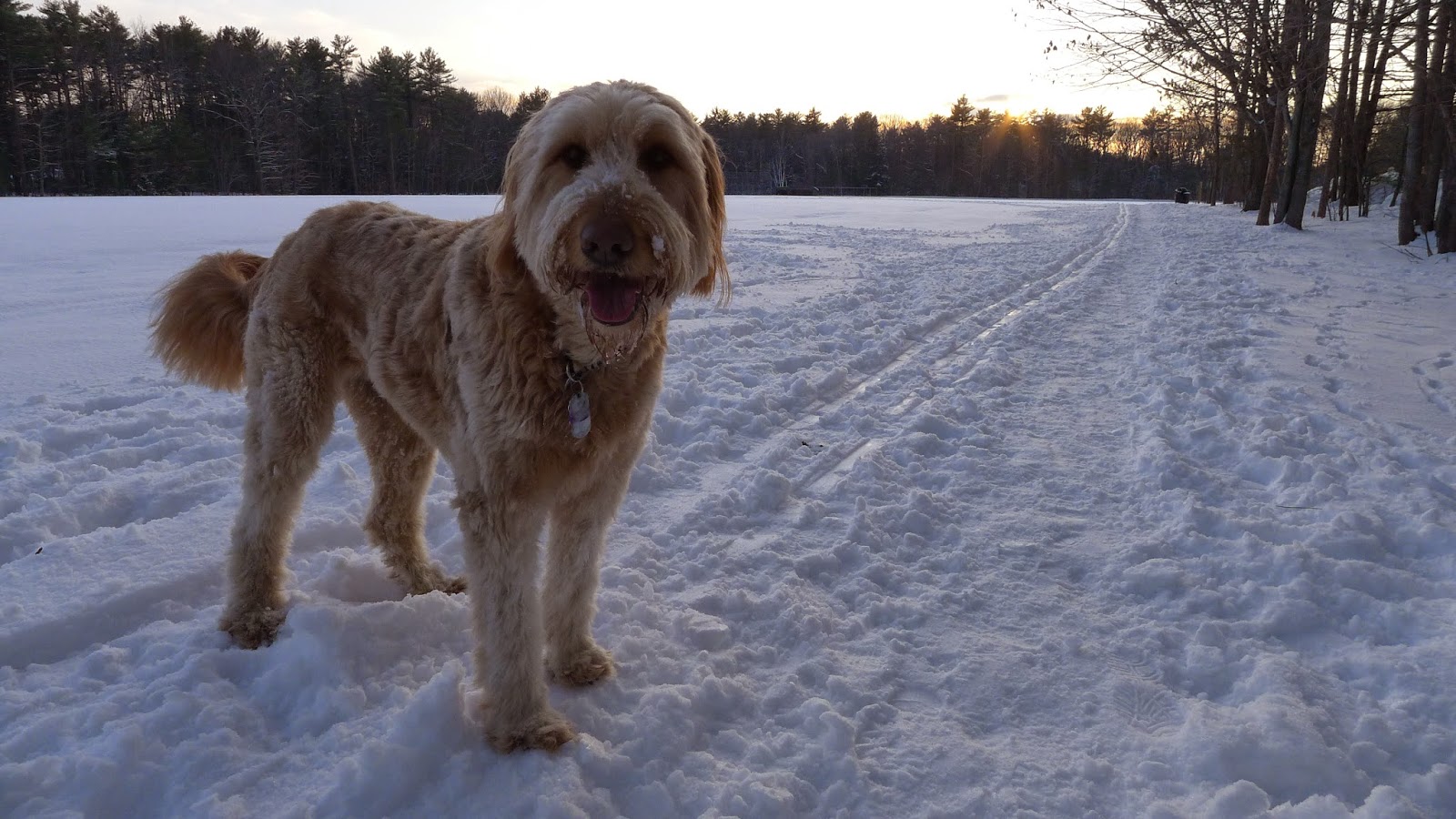 Posted by Christy Shake at 6:23 PM