I'm not sure if I've ever had a dry eye at a wedding, and most definitely not when dear friends are the ones getting hitched, and the minister, of sorts, happens to be my husband. I say, of sorts, because Michael, who like me is not religious, got ordained online with The Universal Life Church Monastery, which promotes freedom of religion and the blissful idea that we are all children of the same universe.

Yesterday, an eighty-some-odd degree idyllic summer day, our dear friends Meggan and Bob, alongside their daughters Nola and Lydia, got hitched atop a grassy hillside that spills into a protected cove of salty sea in Harpswell, Maine. There was a keg of beer, bride-and-groom margaritas, a cornhole game, a mob of babbling babies bouncing on their mothers' hips, fancy hats, lipstick kisses, wildflower bouquets, barbecued ribs and thighs, salads and sides, a sheet of red velvet cake and music and, of course, the happy couple.

After the guests gathered, Michael started by reading a beautiful passage from the preface of Walt Whitman's Leaves of Grass before marrying Bob and Meggan, then enlisted the loving and exuberant crowd of friends and family to join in the declaration of their marriage. We ended with three heartfelt, hip, hip, horrays! And though Michael was its minister, it was a secular ceremony, short and sweet and at times funny. I wept throughout without wiping my eyes, letting my tears dry in the afternoon sun, thankful that, this time, they were tears of happiness for our much loved friends. 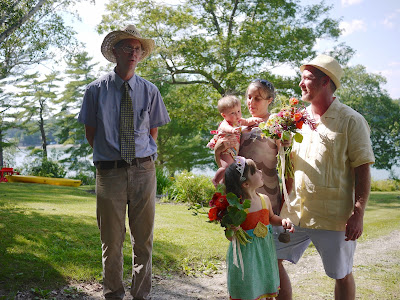 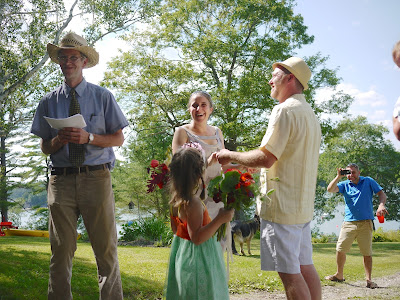 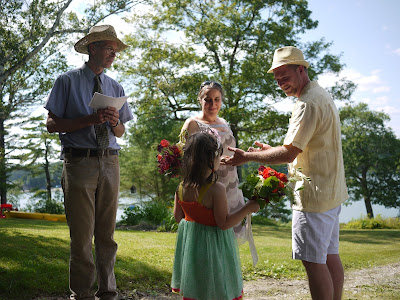 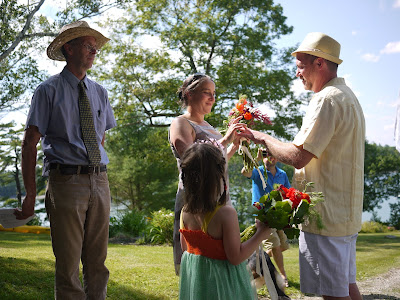 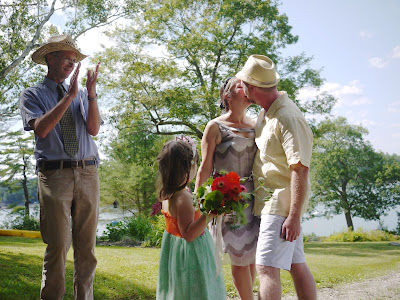 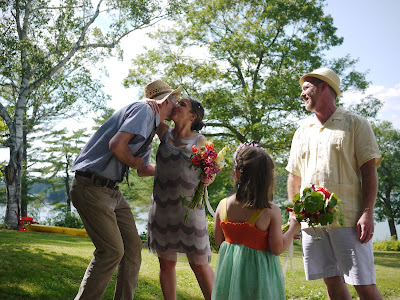 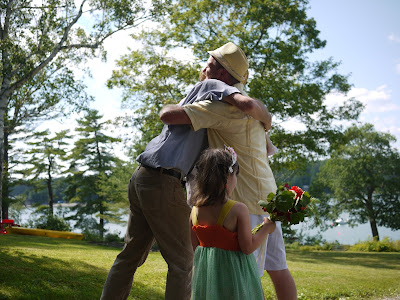 Posted by Christy Shake at 3:57 PM