I'm holding my breath; today marks twenty-one days since Calvin's last grand mal seizure, and ten since his last partial one. This means he is on track to break a recent record, in that it has been over two years since Calvin went twenty-two days between grand mals.

The other good news is that my boy has been doing great at school, is walking better all the time and has been sleeping soundly on most nights. Moreover, Calvin is taking the smallest amount of pharmaceutical drugs since he was three years old. Since April of 2014 we've taken him from 35 mgs of clobazam down to just 2.5 mgs per day. When we factor in his near twenty-pound weight gain in that time, we're talking a greater than ninety-five percent reduction in benzodiazepine. Besides a thyroid hormone replacement, his only other pharmaceutical is Keppra.

To what do I attribute this luxurious seizure-free stint? The only significant changes I've made to his regimen in the past month, or so, is to slow his benzo wean and increase his bedtime dose of THCA cannabis oil, so I'd have to say it might be a combination of the two, but it probably helps that he hasn't been sick in weeks.

Come to think of it, we have never reduced Calvin's benzodiazepine without seeing him endure at least one seizure within the several days following a wean, so this is a first, too.

I'm holding my breath, however, because I know just how epilepsy rolls. 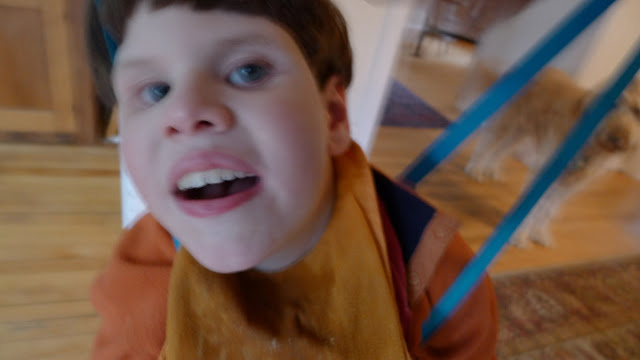