It was no great surprise to witness Calvin have a partial seizure this morning, but his face, both wan and flushed and with a dreadful look of terror, frightened me. He began trembling and shaking and frantically grabbed me around my neck as if wanting to be saved from something monstrous. When it was over, I was able to give him some extra cannabis oil I had drawn up in a syringe, aiming to prevent more of the same.

In more ways than one, I'm hoping this morning's New Year's Day seizure is not some bad omen of things to come in 2017.

The kid is volatile today, like some Jekyll and Hyde child. One minute he's a raving lunatic, the next, a fawn. And while I don't know what to expect, I try to mentally brace myself for the worst, given it has been nine days since his last seizure.

I'm feeling similarly about the incoming administration, keenly aware and dreading all the ills that could happen when the petulant POS (not to be confused with POTUS) and his goons take office—the rollback of the Affordable Care Act, marriage equality and Roe vs. Wade, a worse turn toward mass deportations and the breaking up of families, a Muslim registry, a nuclear arms race.

I feel the most vulnerable of Americans—women and minorities of all races and sexual orientations—will have our rights seized, our freedoms choked by this clown, fear he'll try to smother our access to healthcare, our rights to a living wage, clean air and water, sacred lands, affordable education, the ability to roam free from the fear and danger of guns.

Like with Calvin's fits, we need to be watchful—hypervigilant really—need to stop each seizure in its tracks the best we can, then brace ourselves for the next assault, because there will no doubt be one. 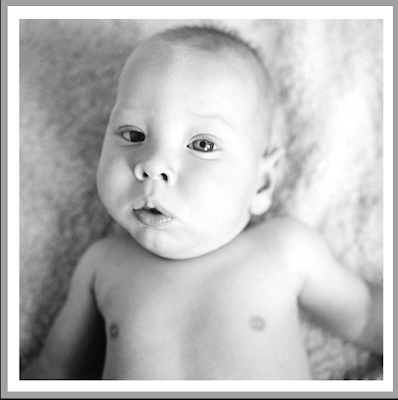 Posted by Christy Shake at 6:54 PM