Sunday night I returned home from a long weekend in New York, having stayed with extended family and some longtime friends. My time in the city was energizing. It began with a train ride from Newark where I met a handsome young Venezuelan couple from Orlando. Upon emerging from Penn Station, the three of us promptly got lost as the mercury approached one-hundred degrees. But we were all so excited that the heat didn't matter; we simply feasted on throngs of humanity, buzzing traffic, screaming sky scrapers and the various aromas, both putrid and sweet, that make Manhattan what it is.

On my first evening, I languished on the steps of a Brooklyn brownstone with Michael's cousin, Lance and his sweet pup, Stella. We drank rosé and, as dusk fell, his lovely wife Valerie pulled up on her bicycle. Joined by their college-age son Merlin, we dined inside on a homemade eggplant Parmesan, shooting the shit, catching up on family and on recent events. I slept in an extra room on a twin bed, the cool breeze of a fan drifting over my hips.

The next morning, on the way to see my friends Sofie and Steve, I had the pleasure of embracing—literally—Demetrius and Cory, a couple of handsome Jehovah's Witnesses who asked me to attend their bible study. Standing in the dappled shade of a sidewalk tree, I described to them my belief in pantheism—that God is Nature and Nature is God. I explained my trust in the interconnectedness of things, and then told them a little about Calvin. They no doubt agreed with the manifestation of God in nature, and as we parted they lovingly said they'd hold my son in their hearts.

Later, I sat eating an apple in the front seat of a taxi talking to my Middle Eastern driver about the unseasonably hot weather, about the goodness of fruit, and about bad passengers and worse drivers. He offered me one of his bananas to eat, then discarded my core in a brown plastic bag that he tied off carefully into a loose knot.

My friend Antoinette saw me wave goodbye to my driver then, with the sun at our backs and the wind in our faces, she and I sauntered across the Brooklyn bridge, soaking in the cityscape. Once we reached Manhattan, we paid our respects at Ground Zero, meditating at the edge of its magnificent reflecting pools with 2,606 names carved into their steely frames, the massive glass Freedom Tower watching over them like a parent.


We eventually made our way to Antoinette's Tribeca restaurant, Petrarcha, where her husband, Leo—pure Italian, once from the motherland—is the owner-chef extraordinaire. Leo brought me a glass of rosé and some fresh buffalo mozzarella with speck (smoked prosciutto) followed by an outrageous gnocchi, flourless chocolate mousse cake and the perfect cappuccino with a heart-shaped foam lid, then wouldn't let me pay the bill or the tip. Antoinette and I relaxed in our corner booth, begging intermittent visits from Leo, and whiled away the afternoon as the city and its glorious melting pot of people strolled by outside the glass.

On the long subway return to Brooklyn that evening, I sat next to a neatly dressed bespectacled woman, perhaps younger than I, with a glinting gold crescent cap on one tooth. She said she'd always lived in Brooklyn and I replied that I had come from Maine. We riffed about the weather, chewed our gum (we both had the same brand and flavor in our purses) and talked about children—mine and hers. I mentioned my blog, and before my stop, she asked me to giver her the web address. Using her pen and pad, I gave her my email too, then learned her name—Jacquline Williams. I've tried to find her on social media, but haven't had any luck thus far. We gave each other a squeeze before I exited the train. Jackie, if you are out there, please friend me.

Though I was still full from lunch, that night I managed to snarf one fried fish taco and a margarita on the rocks at a local bar in Brooklyn. Steve, Sofie (a friend from my days at Levi Strauss) and their nine-year-old son Dash—who, I should mention, is a pretty great kid and about Calvin's size—shared a picnic table with another young family. As we dined, I surveyed the happy patrons eating their spicy tacos and drinking beers. I nearly wept at how folks of so many races and ethnicities mingled in such harmony.

On Saturday, I took in a Broadway show called Natasha, Pierre and the Great Comet of 1812, which has been nominated for a dozen or so Tony's. Jaimie, who is a backstage dresser and another acquaintance from my days at Levi's, got me a ticket. The set and lighting were sumptuous and ingeniously designed. The show, its score and performers gave me chills and brought me to tears several times. Afterward, I grabbed a drink with Jaimie and we got caught up on the last twenty years. She got weepy telling me how cute she thinks Calvin is (she follows my blog closely) and so I held her hand. It was as if we'd been dear friends all these years.

On my last day, Sofie and I woke to strong coffee and breakfast burritos lovingly made by her husband. Steve, Dash and I watched an incredible Anime, Barefoot Gen, about the bombing of Hiroshima, the selfsame title of the graphic novel their son Dash is reading. Watching the scene where the pilot releases the bomb that demolishes and burns the city and its inhabitants, I couldn't help but think of "our" current reckless president.

Shortly thereafter I said my goodbyes to the boys, then set off with Sofie for one last day on the town. We headed northeast to The Met to devour two splendid exhibitions: Comme des Garcons and Irving Penn. I ended my New York visit with a burger and malt at the Shake Shack before hugging Sofie goodbye, jumping on the train and heading back to the airport where, again, I visited with a kind stranger who ended up feeling like a friend. As the plane lifted off, I watched the New York cityscape disappear behind a vast sea of clouds. I was sad to say so long to the spectacular city, though eager to get back to Michael, Calvin, Nellie and my garden, and heartened in knowing I'll return sometime again. 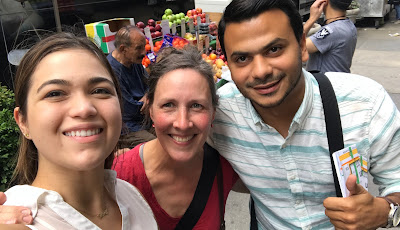 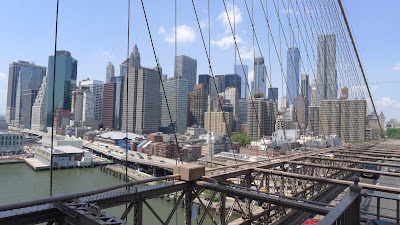 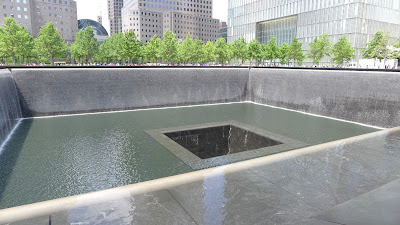 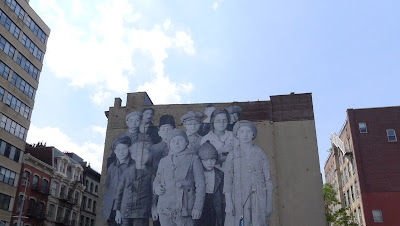 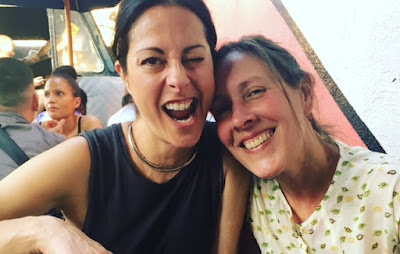 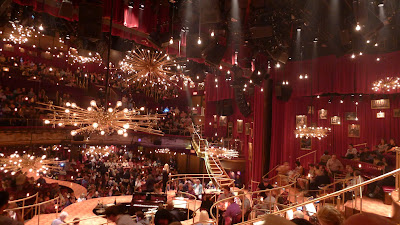 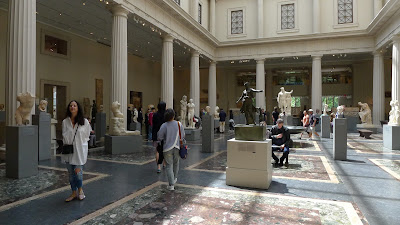 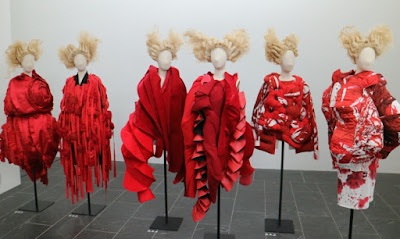 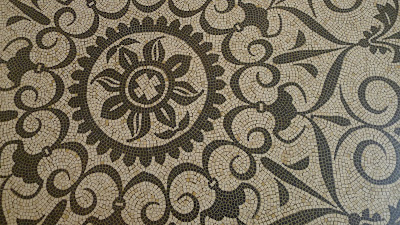 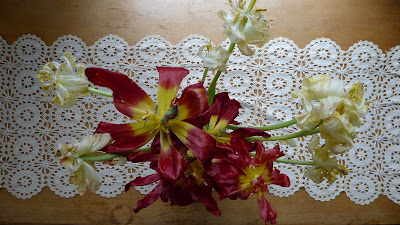