I've also had to become a bit of a sleuth.

In our eleven-and-a-half year struggle since Calvin's epilepsy diagnosis, I remain vigilant in my search for ways to improve his life, to lessen his seizures, to better his balance, to strengthen his body, to boost his immune system, to improve his sleep, to stimulate his bowels, to reduce his dependence on pharmaceuticals, to mitigate his malaise. I try to be as analytical as possible, taking copious notes in a daily journal, recording his seizures and sleep patterns, his behaviors, changes to his skin and circulation, and alterations in his balance and coordination while also noting any changes to his drug and supplement regimen.

I've memorized much of Calvin's drug protocol since he began taking them shortly after his birth and, more so, since he began having seizures. Since giving up on Miralax when I heard of a study that said it might cause behavioral side effects in children, I've tried various home remedies to relieve Calvin of his persistent constipation, which I believe can add stress, decreasing his already low seizure threshold.

Six months ago, or so, I began giving Calvin ground flax seed as one of those remedies. I can't remember if it was recommended by a nurse or if I came to it in my own research. But it never quite seemed to work and, on the contrary, Calvin seems to be as backed up as ever lately. So I consulted the oracle yesterday in my quest to find other stool softeners. There, I was reminded that flax seed works as a stool softener by drawing liquid into the gut. Mulling that fact over this morning, the thought occurred to me that flax seed might also absorb medications. So after putting Calvin on the bus I did some further investigation. My hunch was correct. Moreover, flax seed, if given in large amounts without enough fluid, can lead to bowel obstruction. Here are some of the side effects of flax seed that concerned me, as listed on the Mayo Clinic page:

Suffice to say I gave Calvin his last dose of flax seed today. I hope we can see benefits from it's cessation. Perhaps he'll poop more easily. Maybe he'll perk up some. Maybe his seizures will lessen a bit. Perhaps his fits of mania will relent.

I'm always sleuthing for that elusive silver bullet, which Michael denies exists. But clearly, if I don't keep looking—and digging more deeply—I most likely won't come across it. 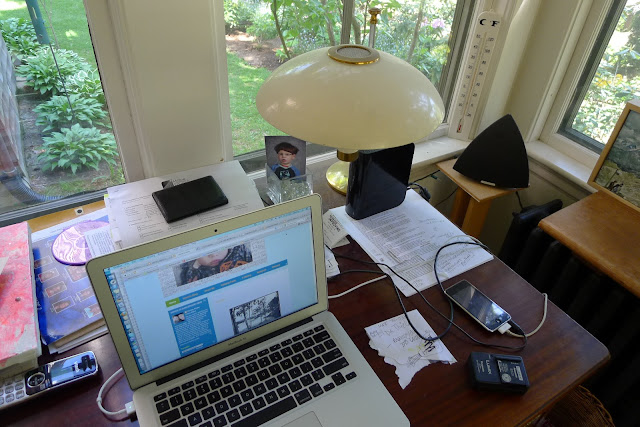