It has probably not been more evident than this weekend that our fifteen-year-old son, Calvin, is still suffering the side effects of the benzodiazepines he began taking at the age of three, and that he has been off of for over a year. What is clear is that Calvin cannot sit still for more than a few seconds or minutes at a time, except when sleeping. What is unclear is whether it is a case of akasthisia, psychomotor agitation, mania or some other condition or combination of conditions and whether it might also be due, in part, to his Keppra. In any case, all day long Calvin paces, pats, bites, writhes and flails.

This weekend, while on flights to and from Florida to celebrate Michael's mom's eightieth surprise birthday (more on that later), we were held captive to Calvin's innocent abuses. In short, he destroyed us—batting us in the face with his flailing arms and fists, tearing at my brittle hair with his sometimes clammy hands, shrieking at times for unknown reasons, grabbing around our necks every few seconds for hours while we were confined to sitting on either side of him. It is hard to be on the receiving end of this kind of relentless manic behavior from a kid approaching my height, but I cannot imagine the suffering he must endure from this violent restlessness that has plagued him for years.

Last week, our local NPR station aired a call-in show on benzodiazepines. Its producer, an acquaintance of mine, suggested I contribute; I was grateful to be its first caller and to share our experience. If you are taking benzos—even if just periodically—or thinking of taking them, I recommend you listen to the show.

This weekend, I was reminded of how deleterious benzodiazepines like Klonopin, Clobazam, Valium, Ativan and Xanax can be on the developing mind, the adult mind, the aging mind. Benzos like Xanax can become addictive after only a few doses. What's worse is that they often have paradoxical side effects and worsening of the very symptoms the medications are meant to treat, particularly when their efficacy wears off, as they tend to do.

When taken for anxiety, insomnia and seizures, those conditions can quickly worsen when benzo dependency kicks in, causing many patients to increase their dose in order to recapture the desired effects. This can become a viscious cycle. Regrettably, by the time folks witness and understand the dichotomy and unsustainable nature of benzos, they may find themselves at high doses of the drugs that are nearly impossible to discontinue*.

Long-term worsening of psychiatric symptoms (of benzodiazepine use)

While benzodiazepines may have short-term benefits for anxiety, sleep and agitation in some patients, long-term (i.e., greater than 2–4 weeks) use can result in a worsening of the very symptoms the medications are meant to treat. Potential explanations include exacerbating cognitive problems that are already common in anxiety disorders, causing or worsening depression and suicidality, disrupting sleep architecture by inhibiting deep-stage sleep, withdrawal symptoms or rebound symptoms in-between doses mimicking or exacerbating underlying anxiety or sleep disorders.

I should note that some folks, who don't seem to experience these side effects, swear by benzos.

Sadly, what I think has happened to Calvin is that his developing brain was forever altered by benzodiazepines. He was not a hyperactive child before taking them. I fear he'll never be calm again, forever restless and forever subjecting us to his innocent abuses.

*For help discontinuing benzodiazepines, please refer to The Ashton Manual. 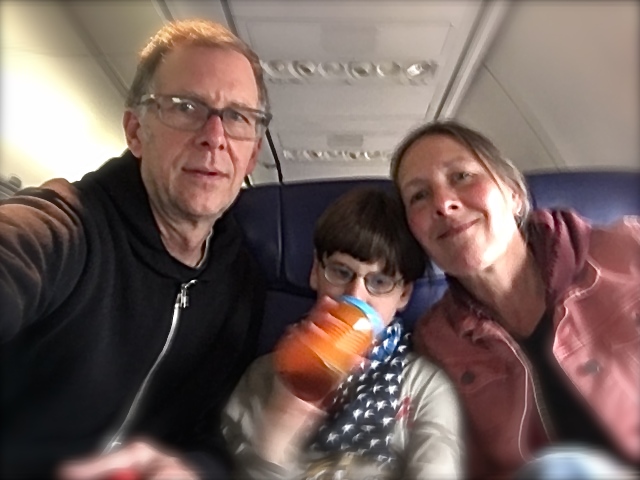