The day began large. Having been the second one in a row of seven that Calvin didn't wake to a seizure, I felt some semblance of hope. But as the day wore on, hope became dread, and dread became want.

Around noon on Sunday, we made our way north to the Union Fair. The hour-plus drive felt long, winding through Maine's back roads where farmland sprouts double-wides and barns, dilapidated antique stores, tractors, graveyards, and at least one shop devoted to selling guns. I tried to stave off a bit of anxiety amid the unfamiliar surroundings so far from home, tried focusing instead on feeding Calvin and thwarting his incessant attempts to stare at the sun.

It was a hot day to attend a fair, but the cloud cover helped for a spell. A nice lady selling tickets from a kiosk let Calvin in for free after she saw him spastically flailing in the backseat of the car. From the get go, Calvin was stubborn when asked to walk, a repeat of the day before. He'd take a step or two before collapsing in our grasp, getting us nowhere. Thankfully, we brought his stroller.

The highlight of our day's adventure was a ride on the Ferris wheel. This was a first for Calvin, for us as parents, and one I'd dreamt of for years. Calvin wilted in the sun waiting to board, and during the wheel's five revolutions, he didn't seem to register much of anything. He squirmed and squinted exhibiting discomfort. While Michael held him in the shade, I took in a bit of my surrounding world. The sky proved spectacular—a mix of puffy white clouds and wispy ones met the horizon. Compared with the West, this small part of Maine, save some rolling hills, is flat, with nary a vista to take in. In this landscape with its tall white pines and oaks, it's easy to feel stuck. Needless to say, at fifty to one-hundred feet, I ate it up.

Because of Calvin, we cut our fair-time short. The drive south felt more relaxed, any apprehension now behind us. Though we were at the fairgrounds just over an hour, and though it was far from Calvin's best performance, we had, I think, accomplished something, and it felt good to be heading home. On the drive, however, Calvin became increasingly agitated and, at one point, he let out a bizarre screech. I knew this was a bad omen, causing me some dread.

Once home, Michael gave Calvin a bath while I took Nellie on a short walk. When I came back, I heard Calvin upstairs crying as if he were hurt. After his bath, our boy had devolved into what I've previously described as night terrors. Calvin was writhing and crying, stretching and recoiling, shrieking and moaning as if he were being tortured. Michael and I guessed he had a migraine, so I gave him an acetaminophen suppository. Lauren stopped by, came upstairs and gave us some much needed tenderness and moral support. I shared my belief that these episodes are latent benzodiazepine withdrawal side effects. I'd read that Stevie Nicks, having withdrawn from years of prescribed benzodiazepine use had said that her detox felt like somebody had opened up a door and pushed her into hell. This is how Calvin sounded and looked.

After twenty minutes, when the acetaminophen didn't seem to be helping, I gave Calvin his nighttime dose of homemade THCA cannabis oil, except this time I gave it to him rectally. Within five minutes he was sound asleep. Half an hour later he woke up enough for me to give him the rest of his nighttime cannabis oil and his Keppra. He slept peacefully the rest of the night.

Unlike most seizures, rarely do I see with any clarity these pain episodes coming. In the past they've been while he's asleep, leading me to think they are night terrors. Now I know they are not. Regardless, they are dreadful. In the moment, I want for nothing but for Calvin to be at peace, to be set free from the torture and misery consuming him. I want for him to feel serenity, no matter how brief. I want him to feel the calm of looking into a sky with tranquil clouds which touch the horizon. I want him to feel hope, not dread, not want. 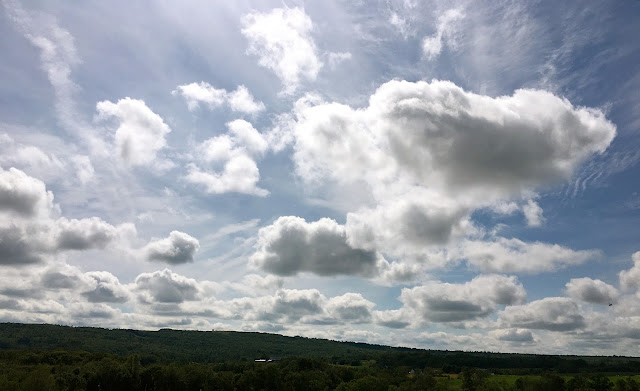