Emerging from the foreground is a blue-and-white-striped duvet folded neatly and laid upon an ivory coverlet. On the other side of the glass, to the left, sits my eighty-seven-year-old buddy, Woody. The reflection of the outside world is too vivid to see him reclined in the shadows, but he's there. Behind my figure is the house in which Mike lives, my ninety-seven-year-old widower-friend whom I haven't seen in several days and whose voicemail is full when I call.

It's nearly five o'clock. Michael just got home after a day of printing the photographs he took while in Paris, Hawaii and Lisbon Falls, Maine, which is just up the river a spell. It feels weird that travel isn't really possible or advisable now. Smellie is somewhere in Woody's yard, her leash trailing behind her as she trees squirrels.

The way we connect in this crazy coronavirus time is strange—by phone, by FaceTime, through bandana masks, from across the street, and from the opposite sides of storm windows.

Before I literally look in on Woody, I ask him, in the manner of my late father, if he is decent. He chuckles. I walk around the back of his house to his den. Though I can barely see him through the glare, we joke on the phone about how strange it might look to the neighbors to see a woman peering into his home through a side window. I told him that for me to do so seems completely normal. Through the glass, we tease and laugh. I wish I could hug him like I used to. Maybe in warmer weather we'll again be sitting on his front porch together sipping bourbon and ginger ale, watching passersby, discussing birds and neighbors and politics, even if from a safe distance. I hope so.

Later, Michael and I speak with our buddies on FaceTime, first Jim, then Matty. Jim makes me laugh until I nearly wet my pants. Clever little devil, and with a face as earnest as any young fellow. He told us so. I wish Jim and San Francisco weren't three-thousand miles away from us. And I miss Matty's frequent visits, along with dozens of others. Because of the coronavirus, everything is so beyond what we've come to understand as normal.

I've been making an effort to see one or two loved ones' faces and or hear their voices on the phone every day or so. For me, these quarantine times require it in order to get through without too much despair seeping into the long hours. The news cycle and state of things and The Unhinged One are crazy, fascinating and outlandish, like looking at an image and not really knowing or understanding what you're seeing and what might be hidden in the shadows. And yet, the rest of the world and its people are so beautiful. 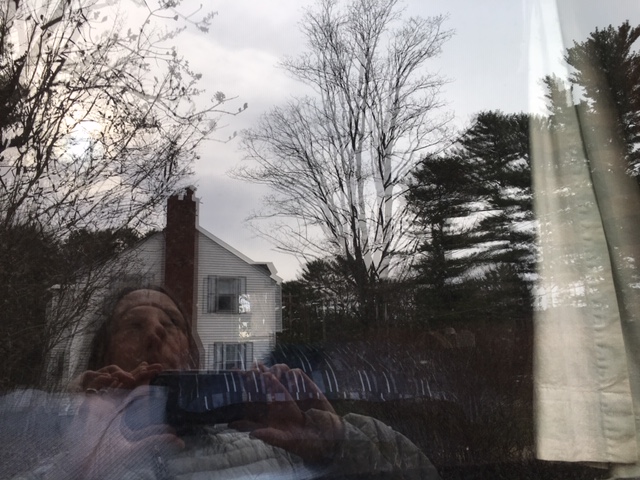