this page had been half-filled. one quote jotted down. a few thoughts tacked on. an anecdote. one metaphor. a rare triumph. a common grumbling. a millionth banal account of traipsing around the house with calvin—my agitated, nonverbal, legally-blind, seizure-racked boy, so limited and afflicted. so often unreachable. in short, nothing i had written really mattered.

hours later—our son tucked into bed and mostly calm, though ramping up—we got some tragic news. the kind no parent wants to get about beloved parents and their precious kids. practically—perhaps wholly—unfathomable. the questions whirl. what? how? why? where? when? i ask myself, why not my child? his present is so limiting. his future so bleak and uncertain. but there are no answers. all we know is bad things happen to everyone. no reprisals. no need for extra angels. no divine neglect or intervention. no mysterious plan to someday be revealed. only this: mother nature rules. unlike other people's gods, she doesn't discriminate, judge or choose. she evolves. but in harrowing times, despite her glorious days of sunshine and mist, autumn colors, raindrops, clouds, stars and sparkling waters, it's hard to say she's beautiful.

the next day, i came across and read aloud some words written by a friend i've known and loved since my early years of swimming. as usual, lidia's kindred musings resonate to the bone. i see and feel our connection:

meditating on tributaries, streams, rivers as a way of being connected to larger waters. my imagination one tiny thread leading to others, making a braid.

i delete my half-filled page of stuff that doesn't matter. instead, i think about braids and connections. about what makes this earth a better place: friends who gift their neighbors homemade food; those who show up bearing flowers; folks who donate clothes and meals and time and cash when they have little; strangers who stop to greet a disabled kid and his weary mother; friends who mix cocktails and build picnics for each other; teachers who give students extra of themselves; friends who call to catch up despite months of silence; folks who give generous embraces whether or not they've been invited; friends who note the tender bones of other's struggles and the beauty and strength borne from the burden; peculiar and pure kids like calvin, their hugs and unconditional love; certain mothers, fathers, sisters, brothers; humble, loving, gifted boys who kayak, sew, strum and fiddle. 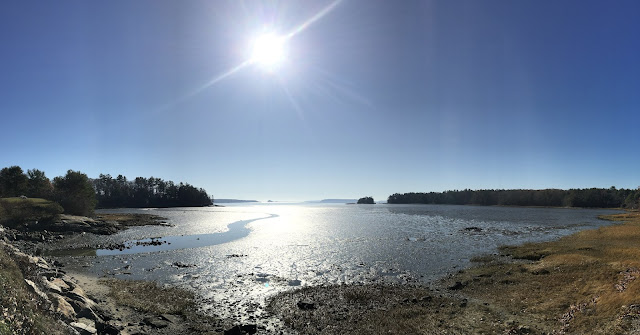 Posted by Christy Shake at 6:56 PM