I can barely talk with her anymore. It's clear, on most days, that once she figures out how to use the phone she usually doesn't know who is on the other end. She's distracted, can't answer most questions and sometimes she simply disappears. It's what's happening to her. She's disappearing, dissolving really.

I'm struck by the fact that my son and my mom, who are seventy-four years apart, are meeting at a crossroads. While Mom is losing her ability to communicate, Calvin seems more and more present and responsive, though I doubt he'll ever talk, his brain's open window to speech likely having closed soon after he began having seizures and having to take so many drugs. While Mom is gradually losing her ability to walk, at this point shuffling and taking baby steps, Calvin is walking more steadily and with less assistance. More and more my mother is being spoon fed, while Calvin's body, as we reduce some of his medicines and increase his cannabis oils, is calming down enough, perhaps, to some day use a spoon again. Both of them require a spotter standing behind them on the stairs, my mother becoming more feeble, Calvin gaining strength.

Mom and Calvin are like two ships passing. They met briefly, but have continued on their paths, each trajectory opposite of the other, while I stand in the middle watching, vastly unable to affect either course except to embrace it, and hope for them a soft landing. 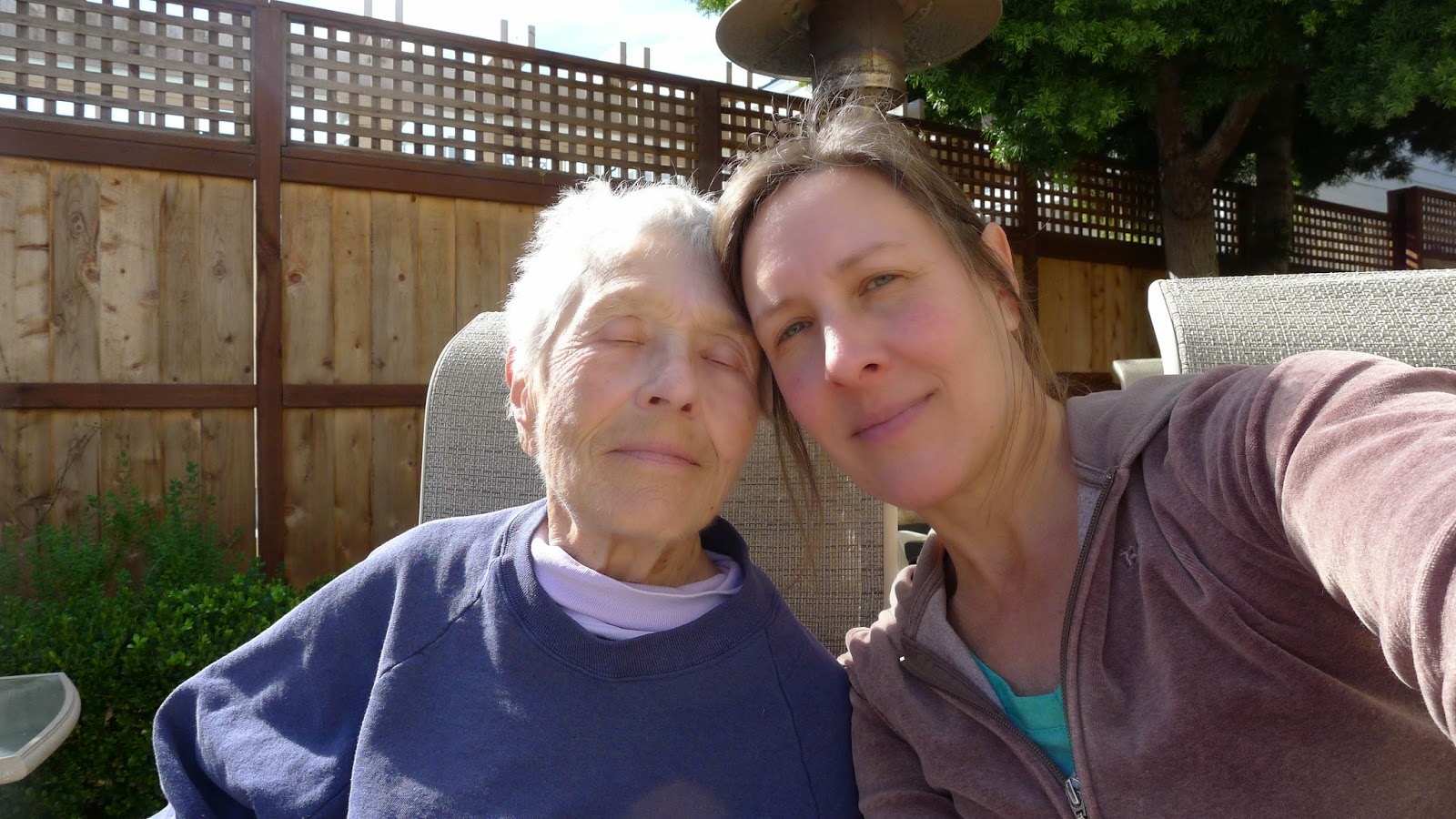