Even though it is only day six since his last seizure, which is on the short end of things, I had a bad feeling. This morning, Calvin had developed a rash on his chin, had red hot ears, was dishing out more than the usual dose of stubbornness, hadn’t eaten much, went bat shit crazy a couple of times throughout the day, and his hands felt warm—all harbingers of an impending event.

I took his temp before putting him down for a nap. The rectal thermometer read 100.3, so I gave him an acetaminophen suppository just in case. I went to rest myself and before I slid into bed I turned on the baby monitor remembering a time long ago when Calvin often woke into seizures during naps, and though it has been two-hundred-twenty-one days since the last time he had a daytime grand mal seizure, he did.

Perhaps it was the sun and the way it casts its spell on his eyes, drawing them up into its hot bright light at every chance. Or maybe I made him walk too far today, the first day of the year warm enough to go outside without a heavy coat in a yard that is finally mostly free of snow and ice. Maybe it was because he hadn’t drunk enough or that he is getting sick. Chances are, though, it’s mostly due to the benzodiazepine wean, which we’ve kept at fairly steadily for the past year, though in tiny increments hoping to limit the severity of withdrawal.

It was the rustling of Calvin’s duvet that snapped me out of drifting off to sleep, and because he wasn’t making any waking sounds I knew there was something wrong. Full on in convulsions he was safely on his side, so I was able to run downstairs to grab the THC rescue medicine from the fridge. I leaped up the stairs, opened Calvin’s lips and squirted the oil inside. His convulsions seemed to stop within several seconds.

He is sleeping now, in fits and starts, and seems to have a headache, or perhaps the THC is causing his head to reel. But he’s not had any aftershocks that I can see and he’s not crying like he often does in the wake of a seizure or after we’ve given him rectal Valium, another benzodiazepine, which the THC has allowed us to avoid.

I’m sitting here on my bed while Calvin sleeps. The baby monitor is on and from here I can see outside the leaves and needles opening up to catch the sun and I think I detect a tinge of green in the lawn. Michael is on the road and so my dear friend Lauren is on her way over to dine with me and spend the night in case things go awry. I just hope we don’t end up in the hospital again like we did in February.

This shit is scary because kids can die from seizures and benzodiazepine withdrawal, which does a heck of a job exacerbating them. When Calvin awoke the first time of many, pressing his palms into his roving eyes, perhaps in some kind of partial seizure, I gathered him up, kissed his neck and cried telling him I was sorry and that I wished he’d stick around for a while longer, this kid who often frustrates me and makes me crazy and who I love with every drop in my heart. 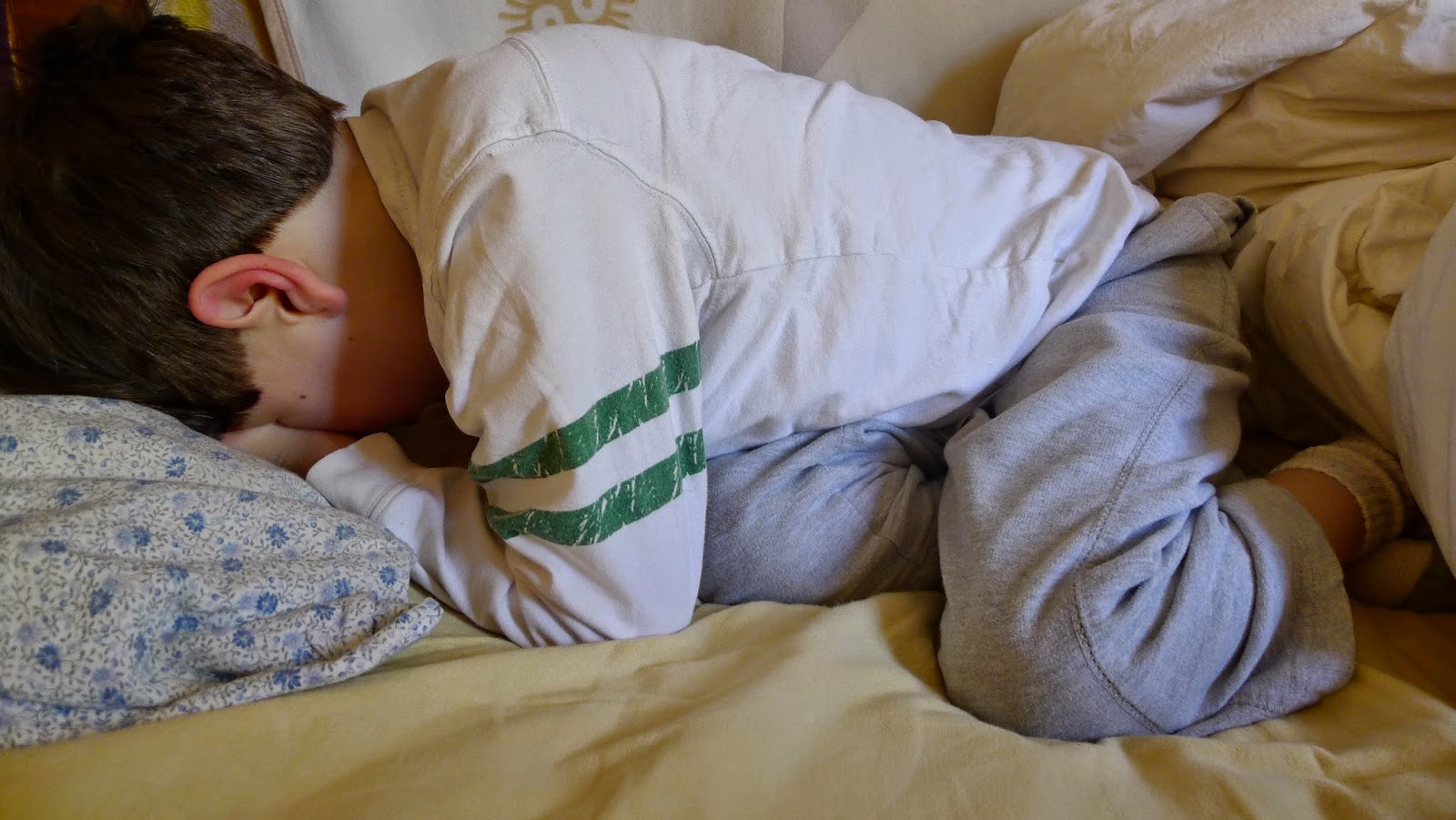