There's some consolation to the fading and dropping of rhododendron blossoms which adorned the garden with magnificent splashes of color in May and June. Just when the landscape has reverted to a dark sea of emerald and jade, the fleshy faces of peonies and roses become points of light, especially on gray rainy days when the cloud cover makes everything glow.

Calvin is ending June having had only three grand mals, though sadly his number of partial seizures spiked to sixteen. I find myself conflicted, feeling gratitude for his relatively low number of grand mals these past two months, and worry over his increase in partials. To further complicate things, there is really no way of knowing if the increase in partial seizures is due to puberty, the reduction in his benzodiazepine or some other hidden mechanism. How to better control them is another dilemma; the intermittent addition of THC rescue med has seemed to help thwart his grand mals to some extent and keep large clusters from developing, though it is difficult to know for sure.

But like points of light in the otherwise dark landscape of living with a child who has chronic epilepsy, I remembered a conversation Michael and I had over four years ago. At that time, Calvin was having fewer seizures yet suffering incredibly bad behavioral and sleep problems due to the high doses of three anti epileptic pharmaceutical drugs. His bouts of mania—prolonged and occurring often—were so emotionally upsetting that I was in tears nearly every day wondering how I was going to make it through to the next without completely breaking down. In other words, Calvin's hysteria caused me far more angst than did his seizures. I hardly recognized my child.

In that conversation, Michael and I decided it might be better, perhaps even for Calvin, if he suffered as many as one seizure a day if it meant that he could be more calm and content and enjoy an improved quality of life; that's how bad he was. A few months later, Calvin was completely off of Banzel, then we started him on a homemade THCA oil. Soon after, we began weaning him from his absurdly high dose of benzodiazepine, clobazam, aka Onfi, which my gut and my research into the drug told me was causing his lunacy, restlessness and insomnia. The points of light I am referring to are the bright moments, amid a dark terrain of increased partial seizures, of a much quieter, calmer child. His shrieking is now more the exception instead of the rule. He rarely—as compared with before—flails, and almost never becomes the raving, grimacing, howling monster we used to know. His awareness of the world, and his interaction with it, seems to be improving. His countenance is like a peony, a flower I'd describe as staid and supple more so than jolly, but content to blossom in sun and rain and shade. 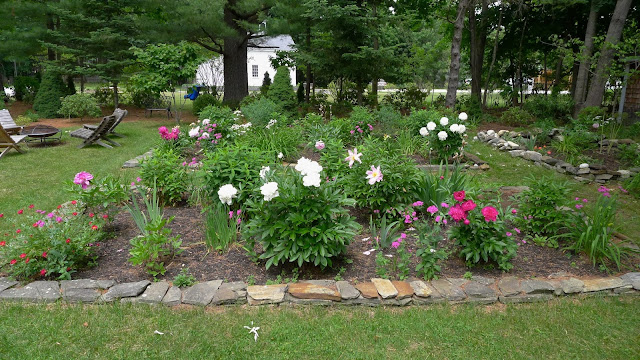