My out-laws are in town, so I might not be posting for a couple/few days. Suffice to say we are most grateful for their annual-plus visits considering they live in Florida and we can't board a plane without risking Calvin's cannabis oil being confiscated by the Feds, or worse.

Calvin is doing okay after a pretty shitty May seizure-wise, at least in terms of total grand mals. I'm investigating another option that might help improve or eliminate Calvin's seizures: fecal microbiota transplant (FMT). I read of FMT a couple of years ago when it was first being used to treat autism. I never followed up because we were in the thralls of a four-year benzodiazepine wean and treating Calvin with a homemade THCA cannabis oil. Recently, Calvin's kick-ass nurse, Rita, reminded me of FMT. This morning I googled it and found a case of FMT curing a person's epilepsy who had been treated initially for Crohn's disease. I also came across a trial of FMT for use in treating epilepsy. I wrote to the study's sponsor at Nanjing Medical University in China, where the study is said to have wrapped up in March. I emailed Calvin's neurologist this morning inquiring about the method and if it is something we can do here in Maine.

So that's what's going on. Until Wednesday, I'll be hanging with my homies, Calvin, Michael, Ma and Pa Kolster in the mild June of Maine. But I'll be thinking of all y'all, hoping to write again soon. 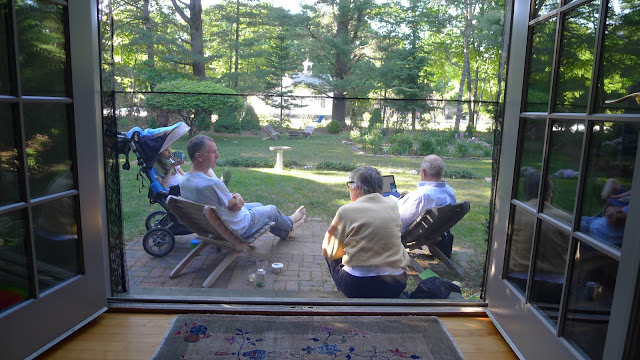 Posted by Christy Shake at 8:59 AM