It has been over three weeks since Calvin had a complex partial seizure. He has suffered two grand mals this month, the last one being eight days ago. Though October was horrible and chock full of seizures, I'm glad I've followed my gut, which keeps telling me to have faith in his Palmetto Harmony CBD oil. When we first started him on the CBD oil last June, adding it to his Keppra and my homemade THCA oil, it seemed to help Calvin go forty days without a grand mal—about five times longer than his average stint. Shortly thereafter, though, Calvin lost that seizure control, compelling me to take to social media for answers. Some parents advised me to do what is called a CBD reboot, to eliminate the CBD for a couple-few days before reintroducing it at the starting dose. The logic stems from the notion that the body's cells become saturated with CBD, thus rendering it ineffective. Against my better judgment, I tried a mini-reboot back in July, which produced no positive results; August yielded twice as many seizures as July.

In my hyper analysis of all-things-Calvin, I recalled that he has always needed high doses of most of the drugs he has taken—Keppra, Depakote, Onfi, Zonegran, Lamictal, Banzel, anesthesia—for them to be effective. I asked myself, why would cannabidiol be any different?

And so since the mini-reboot, I've continued to slowly increase Calvin's CBD oil every couple of weeks while keeping his Keppra and my homemade THCA oil at steady doses. Calvin is now taking forty-five milligrams of CBD oil per day divided into two doses. Some kids Calvin's weight (sixty pounds) take as little as fifteen milligrams while others take several hundred milligrams daily. The range is impossibly large, making it difficult to know what amount of oil is too little or too much. At Calvin's current dose, I have seen his behavior improve. He is more compliant and, on average, is sleeping better. And though it is yet a small time frame, he has seized less as I increase the dose beyond its previous high in August. I'm hoping this tinkering will lead me to the sweet spot, that silver CBD bullet my husband doubts exists, but one I know exists for other children. Why not mine?

So, I'll keep trusting my gut, using it to guide me. It has been right before. Besides, what else is there? There's no crystal ball, traditional pharmaceuticals haven't worked, we've been told brain surgery is not an option, I don't have faith in the VNS, the ketogenic diet was a stressful, horrible wash, neurologists don't have much to offer beyond increasing drug doses or piling on new ones, there are few solid studies about cannabis and none that I know of on its dosing, and all kids respond differently.

When it comes to my non-verbal son, his epilepsy and its treatment, gut and gumption are really all I've got. 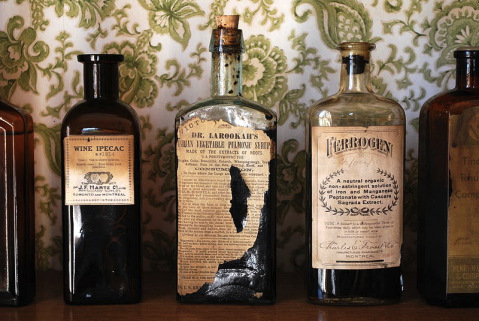