Epilepsy is relentless. I tell you, it's some effed-up shit.

After a terrible October, November had been shaping up to be decent for Calvin, who had only two grand mal seizures and zero partial complex ones as of the thirteenth of the month. But then Wednesday's grand mal was followed by some sort of event yesterday morning at school (not sure what kind, but probably a grand mal) plus a half-dozen or more complex partial seizures all afternoon and evening culminating into another grand mal at 8:15 p.m. Though we gave Calvin rectal Valium during last night's grand mal to stop the cluster, and though he slept fairly well afterward, he's gone on to have three complex partial seizures today so far.

In summary, Calvin has had at least fifteen seizures in just over two-days' time, so November is on track to be worse than last month was.

When these spates happen, which is all too often, I try hard not to despair. Michael makes attempts to console me by suggesting I not focus on the number of seizures. And while employing that strategy gains me some temporary relief, it's nearly impossible for me to maintain for more than a few minutes.

For families like ours, epilepsy—far more so than Calvin's gross visual impairments, autism, incontinence, cerebral palsy, physical and intellectual disabilities combined—seriously limits our ability to do literally everything. We're held captive by our son's disorder. Epilepsy is also frightening, harrowing, miserable, frustrating, taxing and dreadful. Folks routinely underestimate and misunderstand it. Living with a child who has intractable epilepsy requires hyper-vigilance, grit, focus, stamina, smarts, patience and strength. I don't doubt some folks probably think I'm overbearing and hypercritical, but it's what the job requires. Luckily, as David Bowie might say, I've become immune to their consultations; I'm quite aware of what we're going through. Besides, Calvin is the one who matters most.

One consolation during these seizure-filled spates that have peppered nearly every month for over a dozen years—though ironic in it's grim significance—is knowing I am not alone. 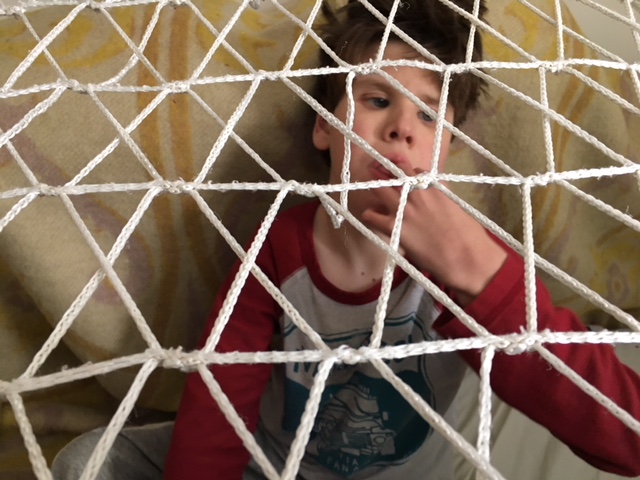