Time again to slip a steely needle through a vein. Monday it was Rudy’s. This time, Calvin’s. It’s never easy. They’ll poke and prod, fish around until they find it. He’ll cry and squirm. If we’re lucky they'll stick him only once and the blood will flow like a spring river does. I’ll see results within a week, perhaps explaining why he’s been so insanely crazy, so manic, so irritable, why he’s been sleeping so poorly and waking up at four in the morning and not going back to sleep, why he’s biting and pulling hair and dragging his teeth across my face again giving me welts. For a while there, he was doing so well, but for the seizures.

I traipse around the yard behind him, his tether in my grip. He’s walking so well—for him—that I want to let go. Even so, his erratic balance reminds me of the piles of pills he’s eaten in his short life, a long list of bitter, never-ending, mind-numbing, debilitating drugs racking his little body and drowning his brain.

I wonder what it would be like to have a boy who had no seizures, who took no drugs, who felt good inside his body and inside his head. What kind of person would I be if seizures didn't loom around every corner like a noxious cloud, if the pressure were lifted, if the air were clear and light? What would it feel like if I had a kid who didn’t flail and grind his teeth, who could sit still and feed himself, who could run and play and fall without hurting himself, who could eat what he wanted to and ask for it, who could walk down the street with me without balking and twisting, who didn’t writhe and cough and scream every time that I change his diaper. I wouldn’t even mind a kid who couldn’t talk and whose diaper I had to change if things were just a little easier.

I wonder what it would be like to not have to worry constantly, my mind getting snarled in knots. What would it feel like to be free, to be able to let go of my son—literally? How would it feel to fall asleep without the hissing reminder of the baby monitor, to sleep uninterrupted till dawn for two or more nights in a row, to sleep in past six, to not feel weary so much of the time, to not have to shield my face from a thrashing kid, to float around the house with my back to my boy as he plays quietly in the room next door, outside in the yard, at a friends house?

What kind of person would I be if everything were just a little bit easier? 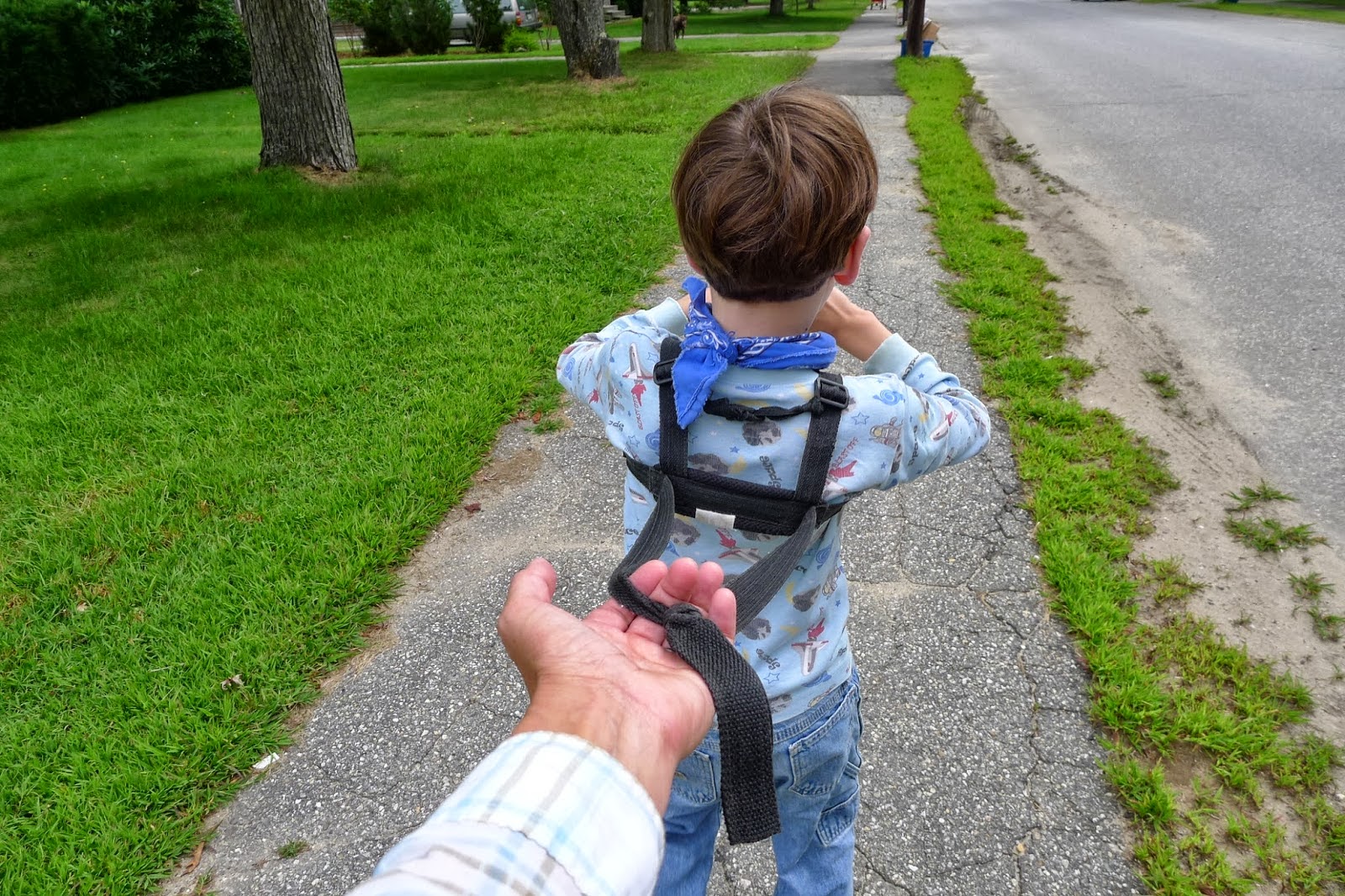