birds and stars and broken circles

He flops forward in between his crossed legs, face first into the water. His nurse fishes him out, water cascading down his limbs into the bath. She carries him to the bed, starts her timer, covers him with a towel and dabs his wet skin. After two-and-a-half minutes she calls me on the emergency cell. I jump, because I know what she is going to say, but can barely hear her so I tell her we’re coming straight home.

Once home, I tiptoe upstairs. She’s sitting next to his bed, its safety panel down, and I can see his sleeping face, which is flawless and wan like a an eggshell. His hands were blue up to his wrists, she whispers, he didn’t breath for at least a minute.

Though the seizure was just after 4:00 p.m., he’ll sleep twelve hours, waking only for his medicines and a diaper change.

Michael and I warm our dinner in relative silence, thankful for the lasagna that our neighbor Barbara left on our doorstep the night before. We eat it while watching The Broken Circle Breakdown. As the subtitles roll the film unfolds into a drama about the parents of a little girl suffering from leukemia. Because of our bad memories of hospitals, we’re not quite sure we want to watch, but something about it compels us. Maybe it’s the tattooed Belgian cowgirl and her carefree ways. Perhaps it’s her ruggedly handsome boyfriend, the smitten one who plays bluegrass in a band of bearded minstrels. Or maybe it’s their little girl, a few years younger than Calvin, who has the same perfect skin that sallows with the chemo even as her hair falls out of her head.

Tearfully, we make it through the film, which weaves its way in and out contemplating the existence of God. It holds both sides equally well, making the case for a Godless universe and one where spirits come back as birds and stars. To me the arguments aren’t incongruent. Nature is God. God is nature. It’s as simple as that. No sadist God exists to punish little children, take sides in wars, inflict suffering on the masses, answer some prayers but not others. It's as simple as the fact that bad things happen to good people, like me and Michael, and Calvin, like that sweet, ill girl and her parents.

I go to bed feeling so sorry for my little bird who has to suffer so much, his headaches and tummy aches and cramps and seizures and side effects. He suffers the burden of not being able to tell us what hurts. Sometimes I wonder if he hears voices or sounds, sees apparitions, brought on by the drugs he takes to quell the seizures. I wonder if he knows the sound of a bird, which is not unlike the trills he sometimes makes. I’m sure he’s never seen a star to know what one is.

They say the universe is infinite. So too, then, is its suffering, its beauty, its mysteries, its despair, circling around us in ever-expanding orbits.

I’m tired. I am not the person my husband married. I’m stuck between these four walls listening to a whimpering kid who I can’t seem to help no matter what I do. Even Rudy paces in broken circles around the house. It’s what we do. Our days are as infinite as they are numbered. 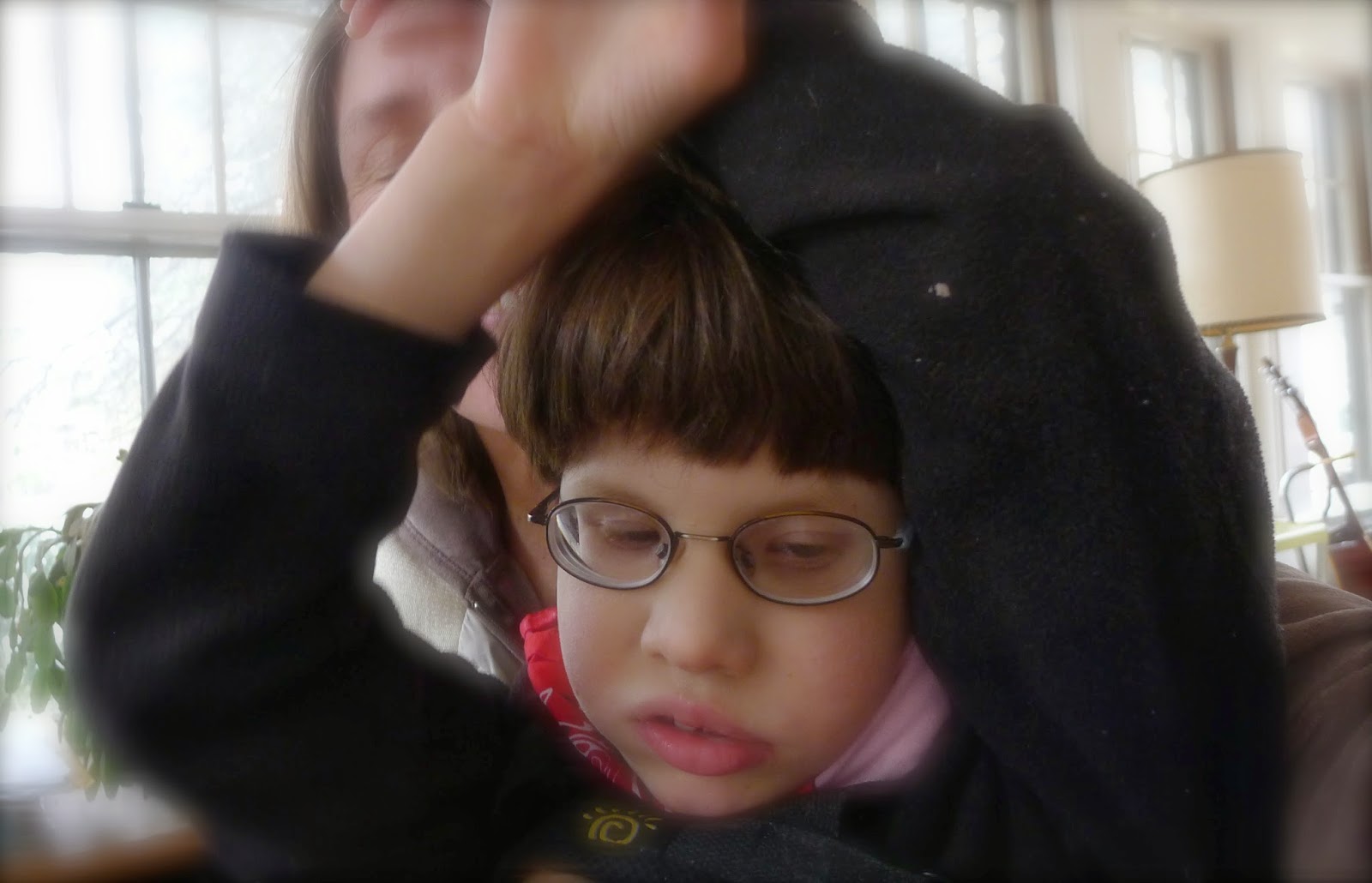 Posted by Christy Shake at 1:53 PM