I was going to write about the CURE epilepsy benefit we hosted last Saturday night, about my man-catcher choker, about how I wept seeing all the tasty food our local restaurants donated, about the band, the bartender, the bodacious blondes and brunettes (guys and dolls) shaking their groove things on the dance floor, about friends from near and far, who signed up, picked up, setup and cleaned up and who helped us raise over $15,000, not including the receipts from the benefit itself.

Instead, I’m writing about the seizure Calvin had this morning at 1:30. I heard him coming out of it, heard that unmistakable constricted breathing like a death rattle. Yesterday, all day long I’d been dreading its arrival, had sensed its imminence for three days and had logged it in my journal:

no smile coming off bus. stubborn. dropping down. eye poking like crazy lately. crazy in jumper. seizure coming. crazy in bath. lots of hypercough. stubborn on way to woody’s. INTENSE. pulling hair. seizure coming. whiny. restless night. not hungry or thirsty. no a.m. nap. crazy in car. *hot hands. *red cheeks in store. ABSOLUTELY CRAZY BATH (took him out after one minute). gazing up and to the right w/shifting eyes in car. pounding heart. seizure on the way.

Instead of writing about the benefit and sharing photos, which I will do later, I’m asking each one of you, Readers, to channel your undeniable compassion for Calvin into funding to CURE epilepsy. Give only what you can at http://www.calvinscure.com 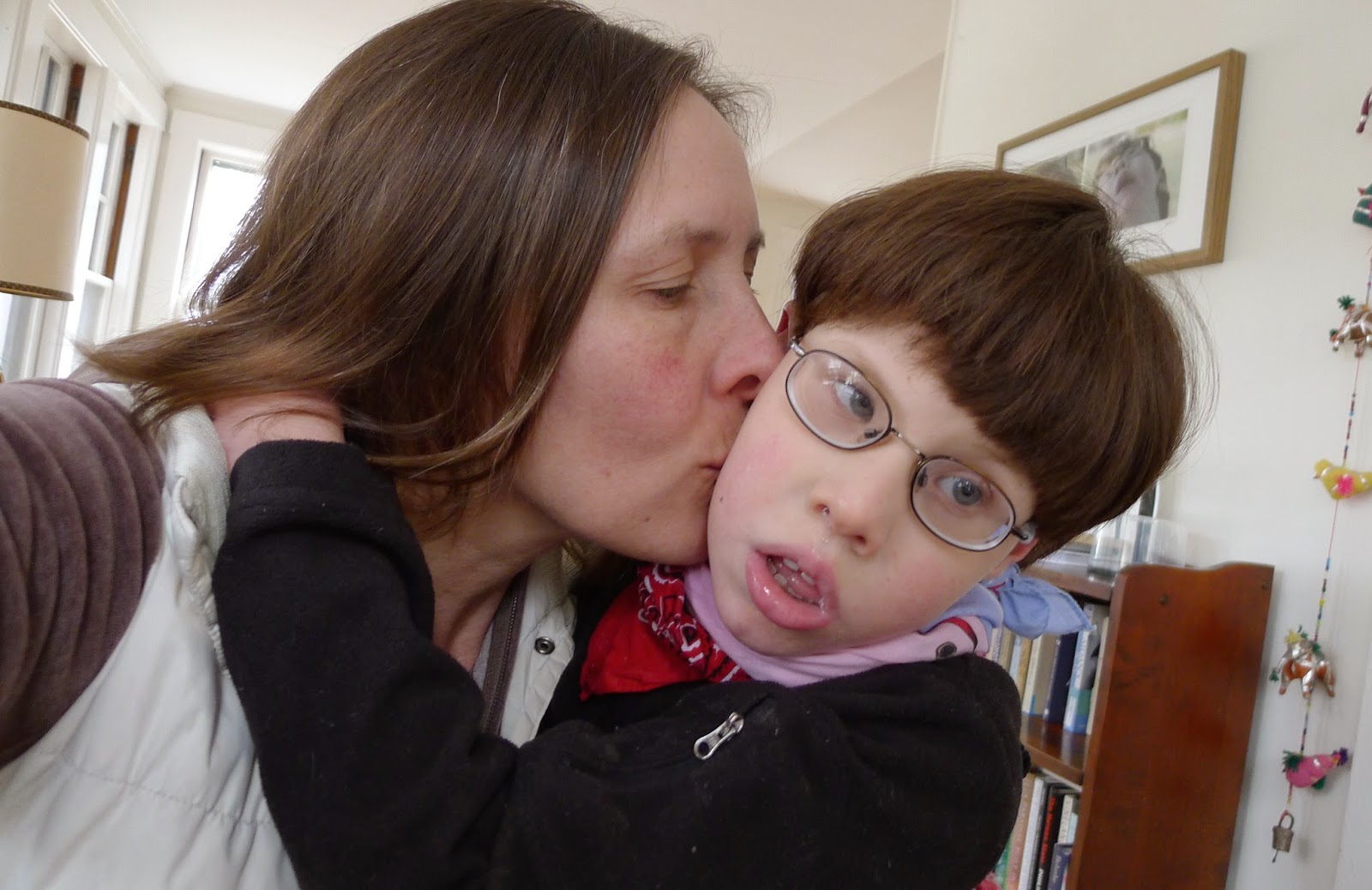