Yesterday, we took a day trip to visit one of Boston's top doctors, a man we've been taking Calvin to see since before he was a year old. His name is Mitchell Strominger, and he is a neuro-ophthalmologist. We came upon him after deciding to ditch a local ophthalmologist, one with a notoriously bad bedside manner, who said that Calvin's vision wasn't bad enough to warrant glasses, though everything Calvin did and didn't do told us differently.

Besides zeroing in on Calvin's vision, not only to help him see better but to improve his development, Doctor Strominger was instrumental in discovering Calvin's hypothyroidism, telling us that the enlarged ventricles in Calvin's brain might be affecting his pituitary gland, which could result in problems with his thyroid functions. He recommended that we bring Calvin to see an endocrinologist. There, we learned that Doctor Strominger had been right, and we started Calvin on a synthetic thyroid replacement.

Doctor Strominger, having confirmed that Calvin's vision was 20/1000—ostensibly five times worse than legally blind—wrote Calvin a prescription for glasses when he was only eleven months old. A year or two later the doc added prisms to the prescription since Calvin had developed a habit of looking over the glasses instead of through them. When Calvin was just five years old Doc Strom performed a flawless surgery, delicately cutting and reattaching the muscles of the eyeballs to correct Calvin's esotropia.

When we told Doctor Strominger that Calvin was taking cannabis oil for his seizures he didn't bat an eye, and agreed with me that the low pressure in Calvin's eye might be due to the oil (one of Calvin's anticonvulsant medications, clobazam, can cause glaucoma, which can be treated successfully with cannabis use.)

Doctor Strominger is gentle and kind, funny and smart and patient. He listens well and explains things clearly. He has cute toys and makes a convincing duck quack. He's one of the good ones, the kind you want on your side, the kind you trust with your kid, the kind you don't mind too much driving three hours to see, the kind who has a great staff, the kind you thank your lucky stars that you ever met. 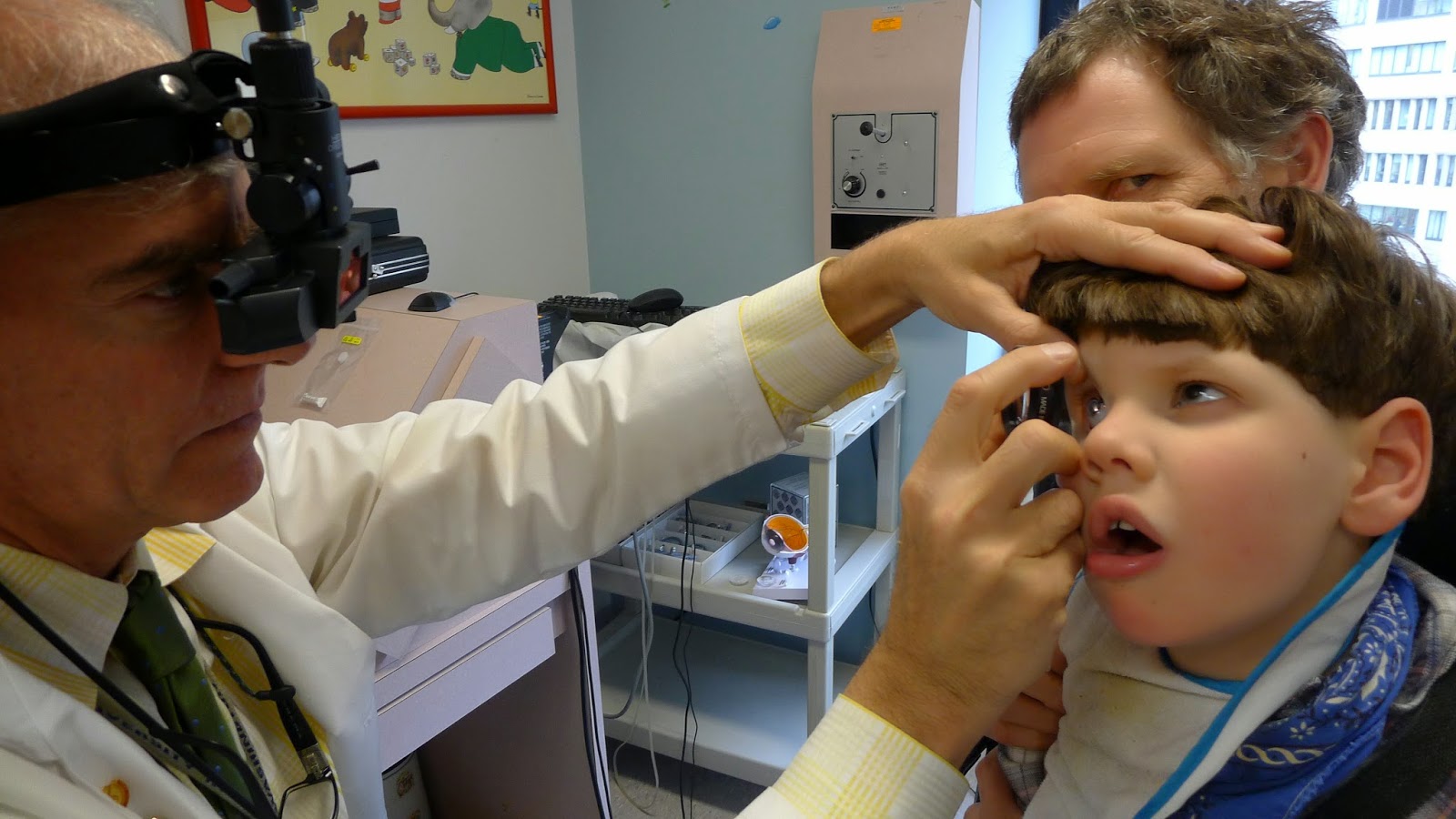 Posted by Christy Shake at 9:56 AM