in the sparkling stars

When thirty-five degrees feels balmy, it's a sign one might live in the northern hinterlands, where at five o'clock a long-set sun lights up a mackerel horizon.

On our way to the fields, Nellie and I stop by Woody's just to see if he's all right. I ring the bell and through the window see his cat Norton scamper by. Once inside, I give Woody a hug and on its heels my usual grilling: What's for dinner? Any news to report? Are you out of dessert? Does your rib still hurt? A few weeks ago Woody, who turned eighty-six last July, stood up too fast, became dizzy, fell into a desk and fractured a rib. He's doing okay now. I thank the stars for Woody.

After a short visit, Nellie and I continue to the fields where most of the snow has melted. Off leash, she races around nose to the ground, smelling scraps of student-athletes' food now thawed and rotting in the spongy sod. There's a hint of pine in the air, plus wafts of smoke from neighbors' chimneys settling over us like fog. Strings of colored lights have begun popping up on neighbors' trees and shrubs. I stand in the center of the field looking up. Above us, only a smattering of stars peek out between sparse clouds. As they twinkle, I think of Lily and Ronan and Cyndimae and Gordon and Arnd and so many others who have left this world far too young. Now, I see them in the sparkling stars. On our saunter home, I glimpse another octogenarian friend, Nan, through a gap in the fence around her house. Her face is aglow from what I think is a laptop, and I wonder if she feels lonely without her husband Bob there to take care of; he now lives in a nursing home. I miss greeting him in his driveway on nights like this, smelling his sweet pipe smoke as I approached. He'd always say, "Nan doesn't let me smoke inside anymore," then he'd chuckle as he took a puff.

Almost home, a crescent moon appears tangled in the canopy of a scraggly oak. I'm thankful the moon isn't full, since those seem to trigger seizures in my son. The thought of seizures brings to mind Jakelin Caal Maqin, the seven-year-old Guatemalan refugee who recently died in US custody. She had suffered seizures before she passed, having made the arduous journey with her father to our so-called Promised Land. I wonder if these refugees who walk at night navigate by stars. I wonder what led to her demise. I read of border patrol agents sabotaging humanitarian water stashes left in the desert to aid desperate, parched refugees. What kind of people do such things to fellow human beings? Cowards. Monsters. Fools.

I call Michael from my new dumb phone to tell him that I love him. I hear Calvin squealing in his arms. It's almost bedtime for our boy. Soon, we'll change his diaper and put him in flannel pajama pants and two clean long-sleeve shirts. We'll give him Keppra, cannabis oil and water. We'll brush his teeth, lift him into bed, tuck him in under a goose down cover and thick fleece throw. We'll stroke his hair and kiss him. He'll be warm and safe, dry and hydrated. No hiding under desert sagebrush in the wilds. No risk of thirst and hunger. No sleeping on concrete floors in cages. No sitting in filth with scores of others. No abuse, neglect or trickery from foreign strangers speaking English.

Where has our compassion as a nation gone? Our embrace of others? No doubt to dirty dogs.

As I step into the house, warm light and air pour over me. Once more I glimpse the sky before I close the door. I see Jakelin there among the sparkling stars. 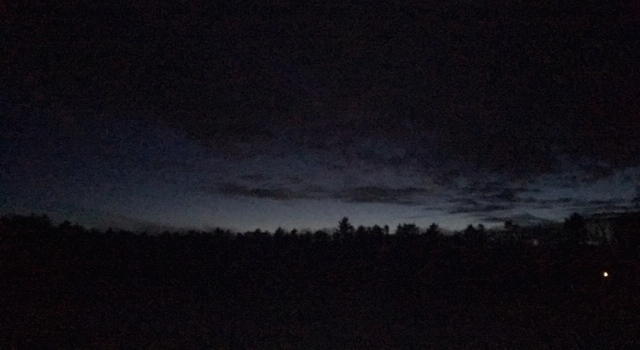