I'd been up since before dawn—again—the fullish moon still pinned in the inky sky. My fifteen-year-old son Calvin had had a grand mal seizure earlier, prompting me to crawl into bed next to him to ensure he kept breathing in it's wake.

Later, when I arrived at the Jr. high for a meeting about Calvin's upcoming transition to high school, I was sorely feeling the lack of sleep from consecutive nights—weeks, months, years—of not having gotten enough. I pressed the school's secure-entry button, and could see through the glass doors that the folks at the front desk were busy attending to others. To my right, a man and his son exited, so I snuck in through the open door. The man called me back, insisting that I couldn't enter the school without approval. Despite being visibly irritated at his request, I understood it well and knew I'd misstepped, so I complied, exiting the school then crabbily smacking the entry button again.

"You got a problem with that?" The man said to the back of my head as I waited to be buzzed in. Exhausted and vexed, I chose to ignore him rather than get into an argument, especially in front of his kid. Besides, I did not feel compelled to answer him.

The secretary buzzed me in and I walked to the front desk to sign in as a visitor. I sensed the man had followed me back inside. (I wonder, had he waited and been buzzed back in, or had he gone in the door right behind me?) Curious.

"Ma'am, is this lady giving you trouble?" the man asked the secretary. (He could see that I was not.)

"Because she gave me some attitude outside," he added.

"I did what you told me to do," I replied, spinning on red cowboy boots to face him.

"I can ignore anyone I feel like ignoring," I replied.

"When a law enforcement officer speaks to you, you respond," he retorted, with more than a hint of conceit.

Only then did I notice his stiff khaki uniform, searching it for a recognizable badge or pin. Flustered, I couldn't see past the smug look on his face, which was middle-aged, slightly doughy and white, save a faint five o'clock shadow.

Seemingly peeved with my protest, he threatened to call a school resource officer—for what, I don't know. I'm not sure what he was trying to prove.

Had I more energy, I would have questioned his eagerness to hound me despite having followed his initial request. Had I more sleep, perhaps I might have thought it a good idea to call a school resource officer to question his bad attitude and harassment of me. Had I more patience and clarity, maybe I would have challenged his decision to intensify what had become—since my exiting and proper re-entry of the school—a non-situation. Lacking my usual moxie, I told him I had had a rough day with my disabled kid. Upon hearing this, he turned around and left.

I was fuming—heart pounding, nerves twitching, cussing under my breath at the (bleep) who'd just left. I asked the secretary about the man's assertion he was law enforcement; she said his uniform read Marine Patrol. I laughed. What is it with these guys?

As the man got into his ubiquitous, ridiculously-big, black pickup, his son buckling himself into the passenger seat grinning at whatever his dad was saying, I couldn't help but mock them with sleep-deprived contempt.

In the school meeting I then attended, there were reasonable people, compassionate people, intelligent people—a stark contrast, it seemed, to the man who just hassled a woman who did exactly what he asked, a man whose pride was hurt because that woman then ignored him. I wondered if he would have treated my husband with such disrespect. I wondered what he told his son about the incident. I had no doubt he had painted himself as the BMOC. I shuddered knowing the son witnessed his father's badgering, then wondered if his kid is a bully. I wondered what the school's officials would think of such a situation. I remembered my own indiscretion when Calvin suffered a seizure at school one day.

I thought further about Calvin and pondered the bullying he'd likely get if he were a little more capable of mainstreaming, if he could speak and understand his peers. I wondered what provokes some law enforcement officials to agitate and escalate so unnecessarily. I wondered if he'd had a gun on his hip. I wondered what might've happened if I'd been a Black man, woman or kid. I remembered what my brother Steve, a twenty-five-year Tacoma Police Department veteran, had said about some officers' sorry lack of experience and discretion when handling prickly situations. I thought about Sandra Bland, Eric Garner, Philando Castille, Oscar Grant and Tamir Rice. I thought about all the autistic boys and men tazed, shot and choked because of law enforcement indiscretion.

In the end, I felt sorry for the Marine Patrol dad who came off like a rookie trying to pick a schoolyard fight. I figured he might be unhappy in his job, down on his luck, having trouble with his own family. Maybe he was sleep deprived himself. Perhaps he'd been bullied as a little kid and was eager to take it out on someone who he saw as somehow subordinate. But like doctors, these law enforcement officials are not our superiors. They are at best our equals and, in truth, are here to serve and protect, not to harass. Like the rest of us, they should know better when to submit. 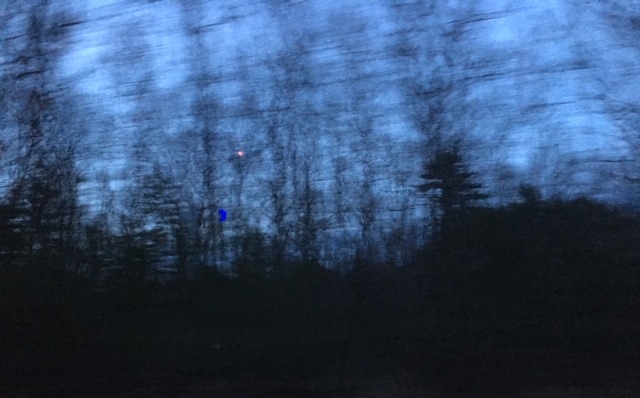