Last night in the wake of my son's seizure, while spooning him, I dream.

I'm in a small room in a strange, sparsely furnished house with a dozen others, none of whom I know. It's just after twilight, an indigo sky crowning a nearby mountaintop. Suddenly, the lights go out. Somewhere, whether in my head or from some eerie broadcast, a man's voice booms that everything is going to come down. It's clear the others hear the ominous message too; I see them scrambling about nervously. Then comes a low rumbling, one which I feel deep in my bones. Is it an avalanche? An earthquake? An explosion? Peering out a nearby window I notice that all of the homes nestled closely together into the mountainside are darkened too. I sit and fret, wondering if a tree will crash through the roof and crush me. I imagine the ceiling caving in, the earth swallowing us whole. I'm held captive awaiting my demise, only to wake to the sound of my son rustling under his covers. It's not yet dawn, and I hear the lonely rumble of passing snowplows, feel the house quake as the plows clear fresh snow from streets which are yet desolate.

With the exception of the unexpected seizure, all is well. Compared with years past, Calvin sleeps well after his grand mals and does not go on to have subsequent ones. No longer does he stay up for hours wired as if in a panic, his heart pounding, his fingers madly knitting. My guess is he is nearing full freedom from some of the effects of benzodiazepines and their withdrawal. Perhaps he is also benefiting from a much lower dose of Keppra than ever before. Maybe my latest batch of THCA cannabis oil is responsible for his recent, relatively low seizure count—only four grand mals this month and zero focal seizures so far—which is less than half his average monthly total.

As I drift back to sleep with surprisingly little worry about my boy, outside, tiny white flakes fall in windless conditions. Though the sun is far from rising, the sky is grey-white. The sleeping world is dark and still and quiet, save the rumbling of passing snowplows. 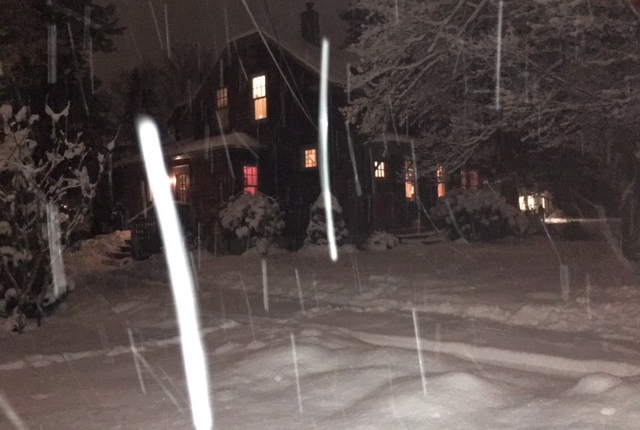