Just a quick note to tell you, dear readers, that Calvin has been seizure-free for two weeks. This, on the heels of an increased dose of a homemade THCA oil, has been one of his best stints in five years; he's had only three grand mals and two focal seizures in the last thirty days.

When choosing from two strains of cannabis before making my last batch of THCA oil, I opted for the one whose parent is Chemdog, the strain I used to make Calvin's oil for five years until it became unavailable. Chemdog rendered Calvin's daytime grand mal seizures virtually non-existent, relegating them almost exclusively to the nighttime, and keeping them in relative check during a difficult and protracted benzodiazepine wean. My hope is that this offspring of Chemdog, called Crescendo, will be even more effective.

It is difficult to describe how liberating it feels to look at a calendar page free of orange and blue highlighter and black Sharpie circles indicating seizures. It has been my wish that Calvin might somehow outgrow his epilepsy. My backup wish is for him to be free from seizures and side effects, to find a treatment which stops his seizures without causing him pain, discomfort or emotional and psychological strain. Epilepsy is a moving target, so I don't know if I have found the solution. But at least I can celebrate a small triumph, and hope for more in the coming days. 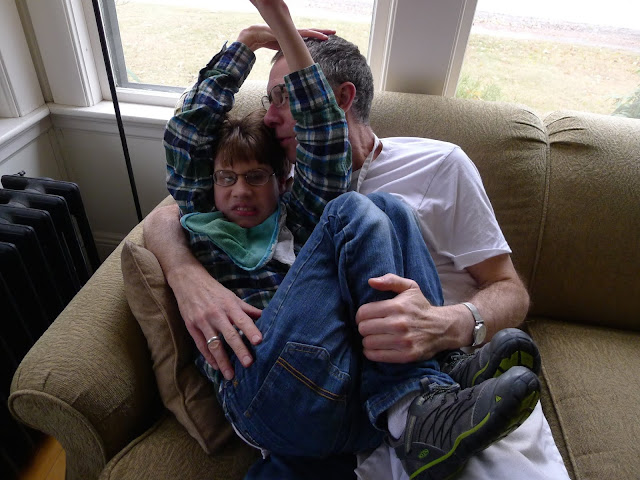 Posted by Christy Shake at 3:00 PM