so far not so good

Since Calvin got his first dose of Epidiolex—the plant-based pharmaceutical CBD oil—three-and-a-half weeks ago, he went eleven days between grand mals. But then he had four days in a row of seizures, a one-day break, followed by another grand mal this morning. In all, he's had five grand mals and, at the very least, three focal ones in that timespan. He seems to be under the weather, his foul breath indicative of some sort of illness which may have triggered the spell. Extra doses of my homemade THCA oil has worked well to keep any single seizure from clustering into more, and for that I am filled with gratitude.

Until I jump to any conclusions about the efficacy of the Epidiolex, I should mention that, prior to starting the drug late last month, Calvin had one pain episode of unknown source, plus four days in a row of seizures, most of them bad focal ones. I should also note that, with the neurologist's blessing of my stewardship, we began Calvin on a fraction of Epidiolex's recommended starting dose; Calvin started on 20 milligrams per day instead of 170 milligrams. Since then, we've increased his dose twice, and now he is taking 50 milligrams per day. So far, besides too many seizures, we have not seen any bad side effects—no insomnia, no diarrhea, no agitation, and definitely no loss of appetite—you'd never know it by looking at him, but The Kid can eat! And besides being sick and napping a lot, he's been pretty content, if not happy.

So, even though so far Calvin isn't doing so good seizure-wise, I hesitate to say it's because of the Epidiolex. It's really too soon to tell. Instead, I'll recross my fingers and knock on wood. Join me, will you? 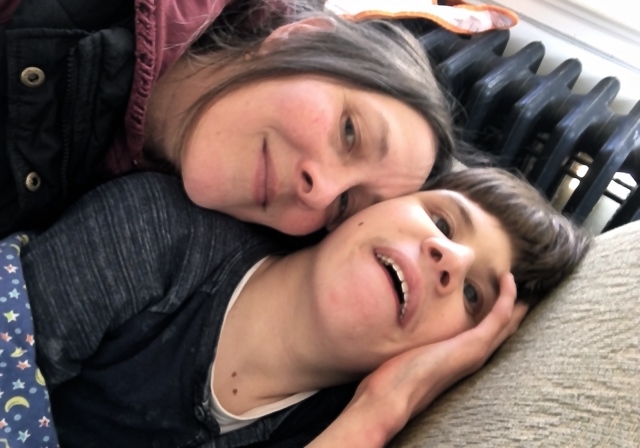 Posted by Christy Shake at 1:47 PM