one day at a time

Dreary, gray November day. It's pouring outside. Streets are flooded. A city worker claws heaps of needles and leaves from a storm drain. The effort looks futile. Calvin is in the back seat going batshit crazy. It has been eight days since his last grand mal. He has been ramping up by degrees. I wonder if this storm—the lightening and thunder, the low barometric pressure—will bring it on. If he could just eke out another day.

As we head straight into winter, I can only think of spring. Twenty-twenty has been a rough one—so many (more) unarmed Black people getting killed by police, peaceful protestors being gassed and shot with rubber bullets, raging wildfires, a runaway pandemic, a neglectful president, shuttered stores, boarded-up windows, millions unemployed, legions sick, a quarter million dead, the election, the bullshit claims of widespread voter fraud, the lack of concession. Even my large-leaf rhododendrons failed to bloom this summer. As if so many friends, I felt the blossoms' absence in June. I once heard that plants produce when they are stressed. This year the same shrubs are covered in buds, promising a psychedelic explosion come spring of 2021.

Sadly, that's a long way off. As for pandemics, who knows when we'll see a vaccine. For now, we just have to put our heads down, like this morning on my walk with Smellie. Brandishing my umbrella against torrential winds, somehow I managed not to let it turn inside out. The world feels like that right now—inside out, upside down, pressing in.

To keep us and our community and nation safe, the three of us will be spending Thanksgiving—for the first time in nearly two decades—alone. It'll be just fine, even nice for a change. We'll be gladly captive with each other and the aroma and flavors of roasted turkey, garlic mashers, honied carrots, cheese bread, green beans and pumpkin pie a la mode. We'll be sipping bourbon and wine in front of a rolling fire. Though we won't be gathering with family or friends, we have a multitude to give thanks for.

As I drive down lonely roads, I consider the sacrifices and hardships caused by this virus—the monotony of staying in, the sorry lack of gathering with friends inside our home, Calvin's inability to attend school remotely or in person, the loss of other kinds of ventures. I think about my own long-term limits on freedom due to Calvin's chronic illness, his dire physical and mental condition. Then I think about my pen pal who has been on death row since he was a teen barely older than my own. His mother's name is the same as mine. He's been in prison for a decade. He writes to me from a cell that is freezing this time of year. He describes what it's like: Don't let the time do you, you do the time; I fight off demons every single day trying to keep it together; It ain't easy just got to take it one day at a time.

During this crazy coronavirus time, it seems that's good advice for us all. 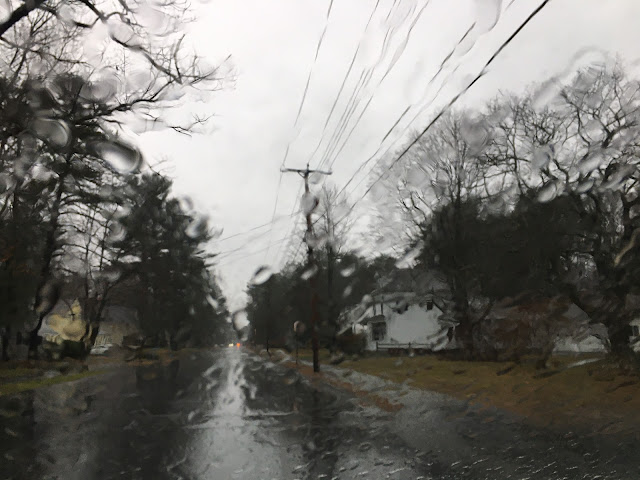 Posted by Christy Shake at 6:33 PM