These are all difficult stories. I share in them with my child. But, I was wondering do you have any story that had a turn for the better? That would be good stimulus for us all!

I mulled the words over in my mind for a long while, tried to think if I could remember any stories of triumph over epilepsy. After a while I was able to come up with a handful at best. There is the story of my friend Jim Abrahams' two year old son, Charlie, whose thousands of stubborn seizures stopped after going onto the Ketogenic Diet. He'd had to stay on the rigorous, exacting diet for about five years, if memory serves me, but he hasn't had a seizure since. Charlie is now a healthy young adult. Then there is my friend Susan Axelrod's daughter, Lauren. After eighteen years of persistent seizures, failed trials with over twenty drugs, dietary therapy and one or two brain surgeries, they finally discovered a combination of drugs that stopped her seizures. And then there is my friend Michelle's sweet boy Miles, who has Down syndrome and suffered seizures for many years. He'd tried several medications plus the Ketogenic diet and his seizures finally stopped. I am unclear if the therapies worked or if he simply outgrew the epilepsy. What is clear is that now his body and mind can be free to develop at a better pace.

In all three cases I have little doubt that the years of seizures and drugs took a major toll on the children's development. In Lauren's case she is significantly developmentally delayed and still has to take three drugs every day which, regrettably, don't come without side effects, and she may well have to take them for the rest of her life. I also have little doubt but that these children remain brilliant stars in the eyes of those who love them.

Seeing things from a different perspective, and though I would give anything—ANYTHING—for Calvin to be healthy, seizure free, drug free, able to walk and talk and run and play, I have found a rich and beautiful life nonetheless, one that my friend Elizabeth, whose daughter Sophie has acute epilepsy, reminds me is also totally strange. I have encountered feelings to a depth I had no idea was possible—joy, anger, frustration, empathy, love, grief. I have learned to honor these feelings, every one of them, as part of being human. I don't fear them, I don't try to sweep them under the rug and I definitely don't hide them. They are part of me and, to a great extent, exist in such profundity because of Calvin and who he is. And the mere fact that I can say this about myself, that I have a rich and beautiful life, is one significant triumph over epilepsy. 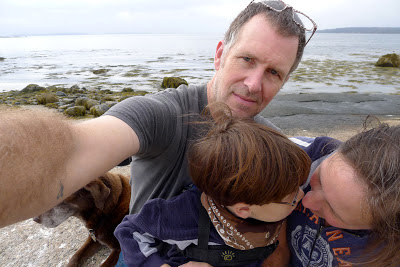