So, I wrote my first press release ...

Proposed Department of Health and Human Services Bill May Imperil Pediatric Epilepsy Cases and Others.

Augusta, ME - February 5, 2014 - Maine mothers of children suffering from medically refractory epilepsy worry that they might be denied the medical marijuana extracts that they desperately need to control their children’s seizures and, in some cases, save lives.

LD 1739, “An Act To Amend the Maine Medical Use of Marijuana Act,” would prohibit kief, a marijuana by-product containing the therapeutic compounds—trichomes—that contain the medicinal value which is essential in making the extracts used to control seizures. Mother Samantha Brown says that the lawmakers will be forcing her to, “Sit back and watch her daughter die.”

Brown’s two-year-old daughter, Kaylee, suffers from Dravet syndrome, a catastrophic form of childhood epilepsy that does not respond well to traditional medication and can often be lethal. Children with Dravet syndrome, and other forms of medically refractory epilepsy, experience developmental delays, heinous drug side effects and are at greater risk of dying from prolonged seizures and SUDEP: Sudden Unexplained Death in Epilepsy. Recently, Kaylee, who has suffered multiple seizure types, some of them daily and others which have lasted over an hour, began taking a concentrated medical marijuana extract that kept her seizure-free for six weeks. Her development has improved and she has begun using new words.

These medical marijuana tinctures and oils are processed to be non-psychoactive and are concentrated to allow for precise measuring, dosing and titrating, which are critical attributes to treat epilepsy, which affects approximately 3 million Americans, including veterans suffering from traumatic brain injury. Susan Meehan’s eleven-year-old daughter, Cyndimae, also has Dravet syndrome and started having seizures when she was ten months old. Last October, Meehan splintered her family and relocated to Maine from Connecticut to access and make these concentrated tinctures that will, in her words, “Save Cyndimae’s life.” With far fewer seizures since starting the tinctures, Meehan’s daughter is “moving through weeks of developmental markers in days,” and is no longer confined to a wheelchair. “Kief equals medicine. Medicine equals kief,” Meehan says.

Other parents, like Meagan Patrick of Acton, whose fifteen-month-old daughter, Addelyn, has infantile spams and intractable, medication-resistant epilepsy, have considered uprooting their families to move to Colorado where similar extracts are available and are helping hundreds of children control their seizures. Smoking or ingesting raw bud, which is not concentrated and cannot be accurately measured, are not options for these kids.

Christy Shake of Brunswick, whose nine-year-old son, Calvin, has suffered medically refractory epilepsy since the age of two, was days away from procuring an extract that could help him. Calvin, whose seizures are steadily increasing, has maxed out on the doses and side effects of his two antiepileptic drugs. News of the proposed legislation prohibiting kief intimidated the dispensary that wanted to make it for him. Shake, afraid that the bill, if passed into law, would mean a lifetime of seizures and debilitating side effects for her son, said, “It kills me to watch him suffer. It’s senseless.”

All four mothers are part of a growing Facebook support group called Maine Epilepsy Families United, which Patrick founded and which has grown to nearly one-hundred members since December and is expected to strengthen by numbers. Medical Marijuana Caregivers of Maine, a statewide patient and caregiver organization, is supporting the parent group in their efforts to curb this legislation.

A press conference with the parents and their supporters is planned for 12 noon on Tuesday, February 11th near the entrance to the Cross Building in Augusta, followed by a public hearing to discuss this legislation at 1:00 p.m. in room 209. Interested parties are invited to testify in person or in writing. 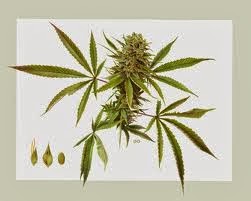 Posted by Christy Shake at 1:20 PM