Two clocks tick as a snow-blower grumbles outside my window. A silver stacked H-O-P-E paperweight, a recent gift, sits on my desk next to a jar full of crystal beads holding Calvin’s first-grade picture. In it, behind his glasses, his eyes are vacant, tired, and a thin strand of drool trails from his bottom lip to his shirt. It’s one of my favorite photos of him. Though he’s not smiling I can imagine—even smell—his pudgy cheeks, smooth skin and thick auburn hair.

The seizures continue inching closer to one another—every five to seven days now. They're still four to five minutes long. He still turns blue. They're becoming more violent again. So, I keep my sights on the fact that we’re terribly close to making the tincture of medicinal cannabis that might stop the seizures, stop the drooling, bring the light back into his eyes and the calm back into his body. I’ve just got to purchase a few more supplies, then we’ll be all set for production. I’m optimistic, while Michael reserves more than a pinch of skepticism. After all, we’ve been let down so many times.

Just as I’ve got hope that the temps will begin climbing above freezing soon, hope that within weeks the snow will melt into the thirsty ground, hope that the crocuses will soon pop their purple, green and white heads out of the mulch, I hold onto hope for Calvin. But the hope for my boy is not like the inevitability of spring. It cannot be relied upon or taken for granted. It is only hope ... mere desire. Still, I hold fast to it because right now it is the only thing I can cling to besides my boy and the ticking of the clock. 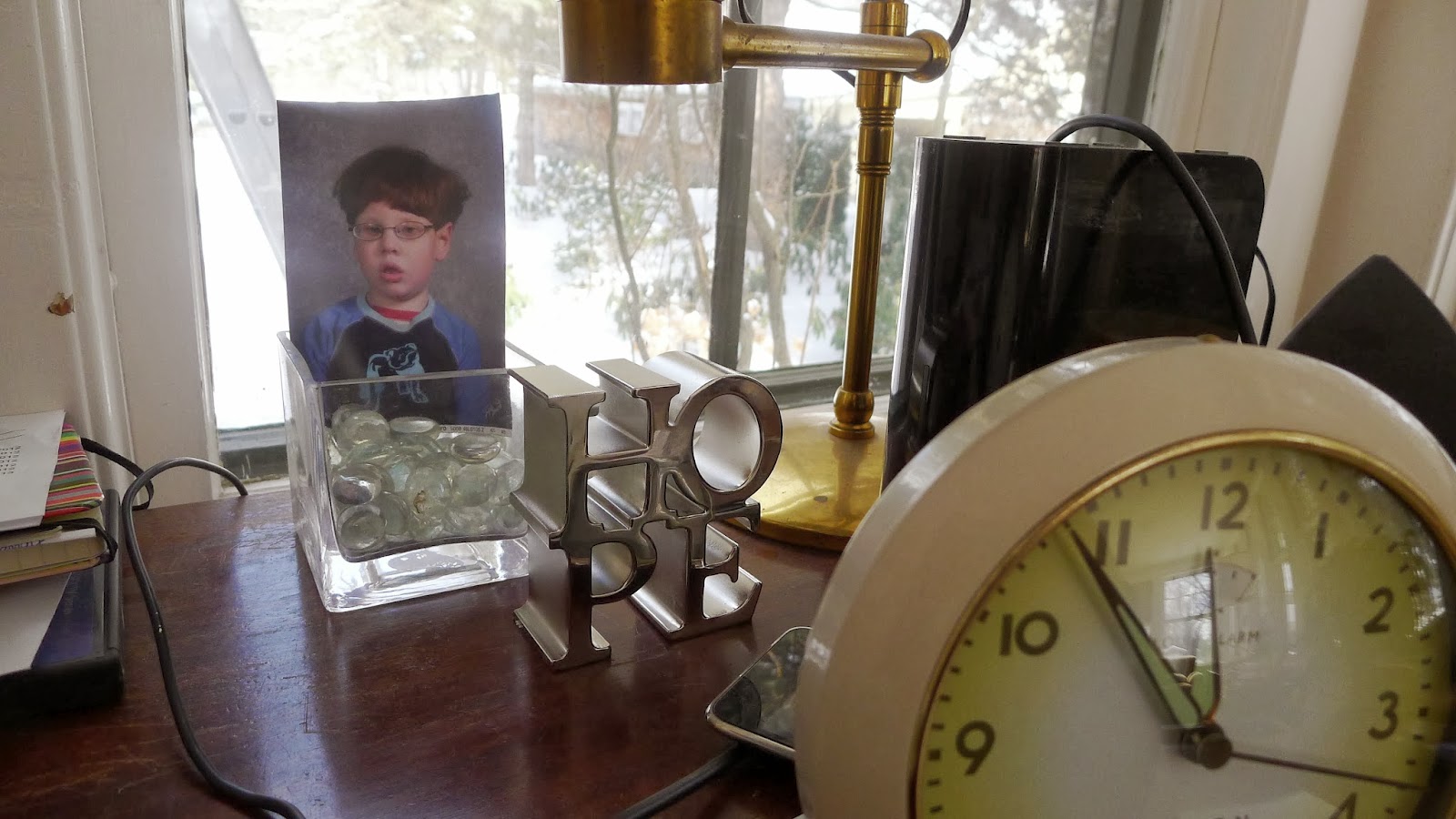