Yanking the hair at the back of my neck, he drags his teeth across my face. He’s trying to tell me something. He whines and won't stop poking the hell out of his eye, even when he is walking. His nose is running and at times he laughs hysterically. His balance is for shit. I feel it coming. Already.

He doesn’t want to take a bath. He hasn’t pooped all day. Everything is slightly off, like the voice-over in a spaghetti western. He breathes deep in his sleep, twitches and snaps his fingers. He snores.

Still black outside, I hear him cough. Barely awake, I listen and crane my neck to see if the monitor’s green light jumps. It doesn’t. I fall back to sleep until almost six when I hear him rustling again. I detach the netting above his bed, step up on the stool and reach in to reposition him. He falls right back to sleep, snoring again.

I write to Michael a series of emails:

5:58 am
hi,
the kid is being strangely quiet this morning. i heard him cough at 4:30 but didn’t go check on him. i wonder if he woke to a seizure. seems awake now sort of. ugh. i hate this shit.
rudy pooped in his bed again even though he went out last night for a long time.
i guess i need my coffee.
xo

6:12 am
yep.
strange. even though yesterday was only day six i’d begun thinking he was headed toward a seizure. runny nose. no poop. was breathing heavily when i checked on him before i went to bed. stuffy.
i repositioned him at 5:50 and he put his arm around my neck then went to sleep. he is in a weird position right now, asleep again.
fuck. fuck. fuck.

I go up and spoon Calvin's medicines into him, take his temperature, change his diaper and tuck him back into bed.

6:54 am
me too. only day 7. seems we add more meds to the daytime and the seizures just move to the night and early morning. fuck again. he’s asleep now at least. snoring before the seizure. poor little bugger. i love him so much. was not smiling when he came off of the bus yesterday. that is always an omen.

Quiet and content, he’s awake now. It’s twenty degrees outside. I look out the windows to see the rhododendrons pathetically shriveled and frozen. I wonder if this bitter season is ever going to give up its grip. 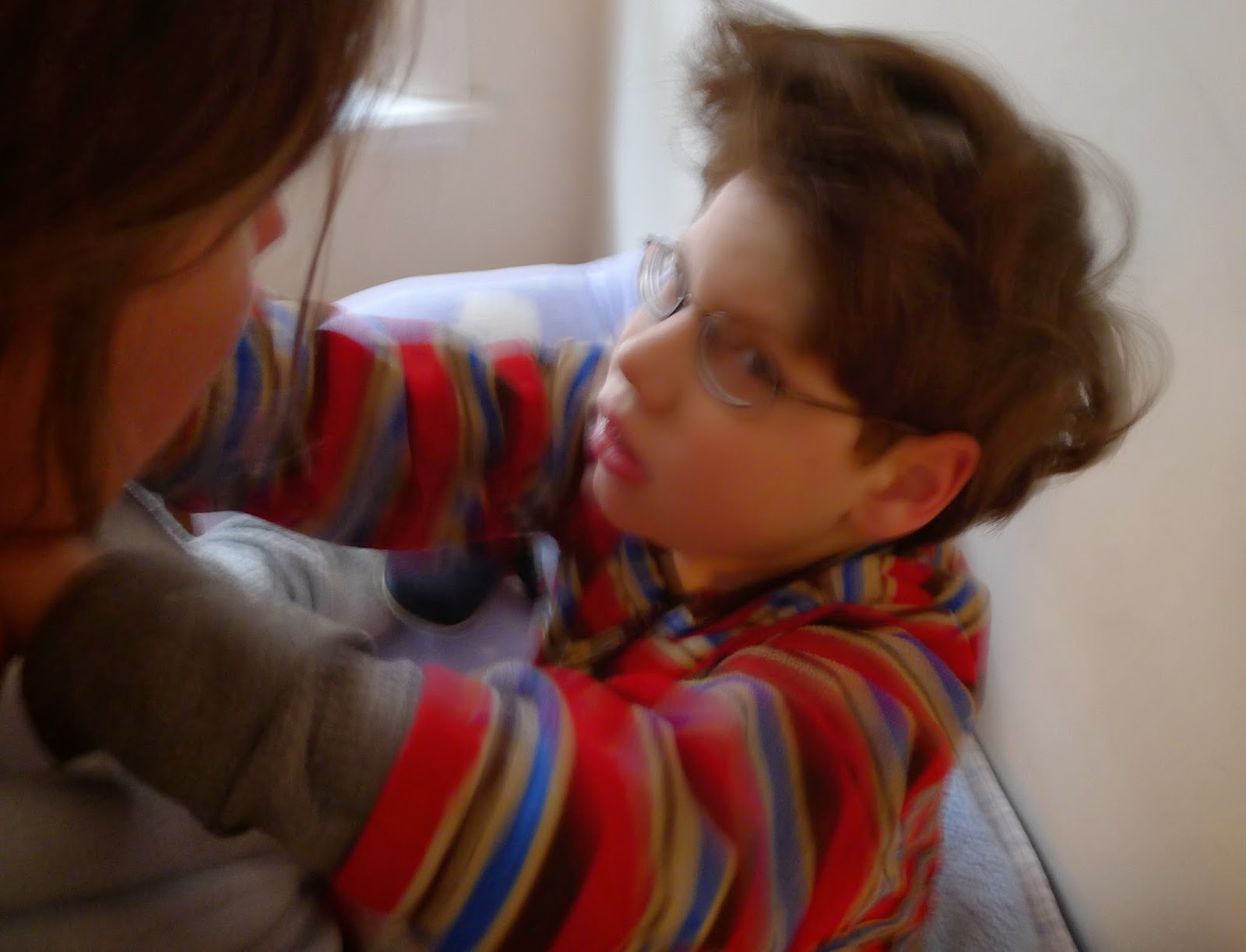 Posted by Christy Shake at 9:15 AM