Toweling off after a weekend shower, rid of soil and sweat and, with any luck, ticks, I am bathed in late afternoon light and its long sultry shadows. I glance at the opposite shelf, realizing it is a sort of snapshot of my life. These are the things I see:

A tall glass half full of water, of which I don't drink nearly enough, perhaps resulting in or contributing to the spells of vertigo I've felt of late.

Baby monitor on ribbon, which, if I must leave Calvin's side even for a minute or two, is humming in my ear or sitting next to me on a shelf as it has been for the past ten years.

Calvin's glasses, bent, banged up and gnawed upon. He's worn glasses since he was eleven months old because he is legally blind times five, which is partly why I spend hours each day ensuring that he doesn't run into things. His first wee pair barely spanned the width of my palm.

One small tumbler, also measuring the width of my palm, cradling two ice-cubes and a shot and a half of bourbon, my late afternoon elixir of choice for celebrating life's victories, both large and small, numbing the blues or simply chillin' after a long day.

A tiny hair clip for which to put up my thinning, greying hair only to have it yanked out again by Calvin.

Small tube of Debrox earwax removal gel for Calvin, which, we've been told, has not contributed to the ear infection he has at the moment.

Several rolls of toilet paper, emblematic of cleaning up all the shit (literal and figurative) that life throws our way.

Still, it's a beautiful scene. 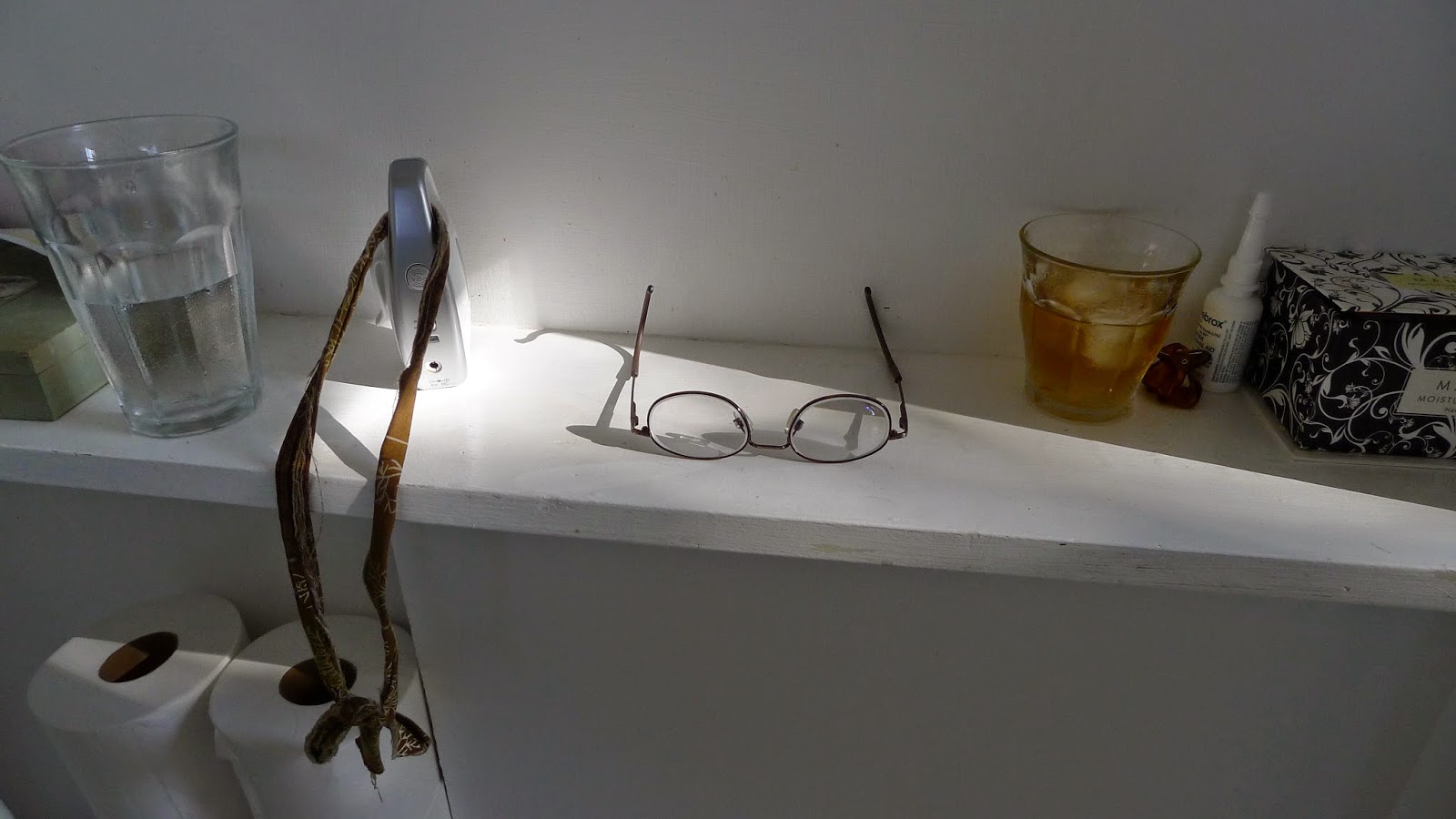