Since Calvin began taking a homemade THCa cannabis oil for his epilepsy, we have seen many improvements in his behavior, sleep and focus, plus an easier, albeit slow, wean from his benzodiazepine. Most notably, however, is the fact that in fifty-five days he has had only one early evening seizure. Prior to taking the cannabis oil he'd have an early evening seizure every five to fourteen days. The downside is that his seizures have migrated to the middle of the night or the very early morning, but I'm guessing that is because we don't give him any cannabis oil in the middle of the night.

In an effort to mitigate the nighttime seizures we have increased his evening dose, and if that doesn't work I am hoping to get my hands on some high CBD oil, if The Cannabis Man I've been talking with would please return my copious calls and emails. If not, I'll make it myself. In the meantime, my second batch of THCa tintcure is evaporating into resin as I write this.

I've included some photos of Calvin with his nurse, Barbara, having a lovefest. Even with an ear infection and the nuisance of a common cold, Calvin is feeling pretty damn good, no doubt in my mind greatly due to the cannabis oil. 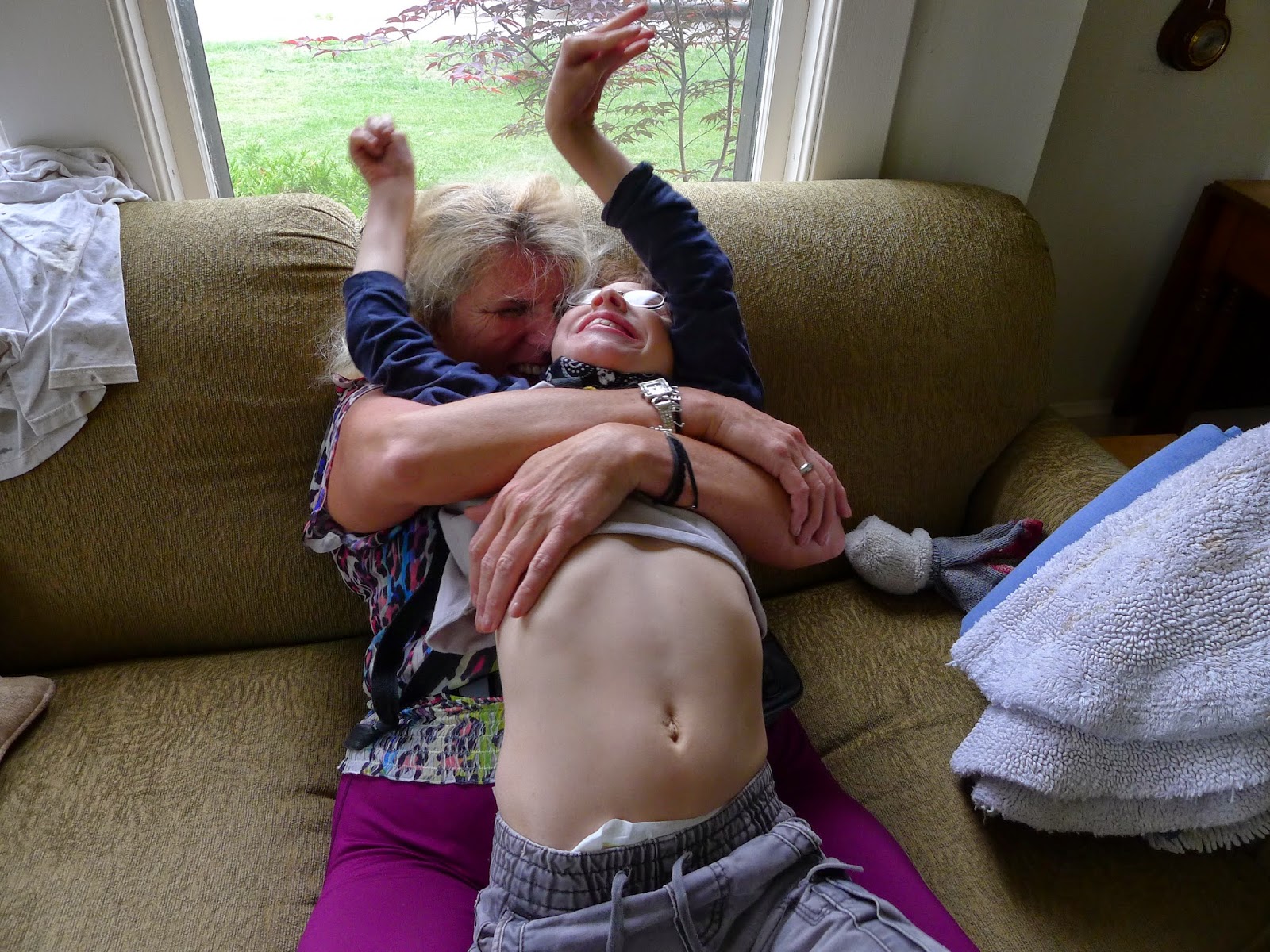 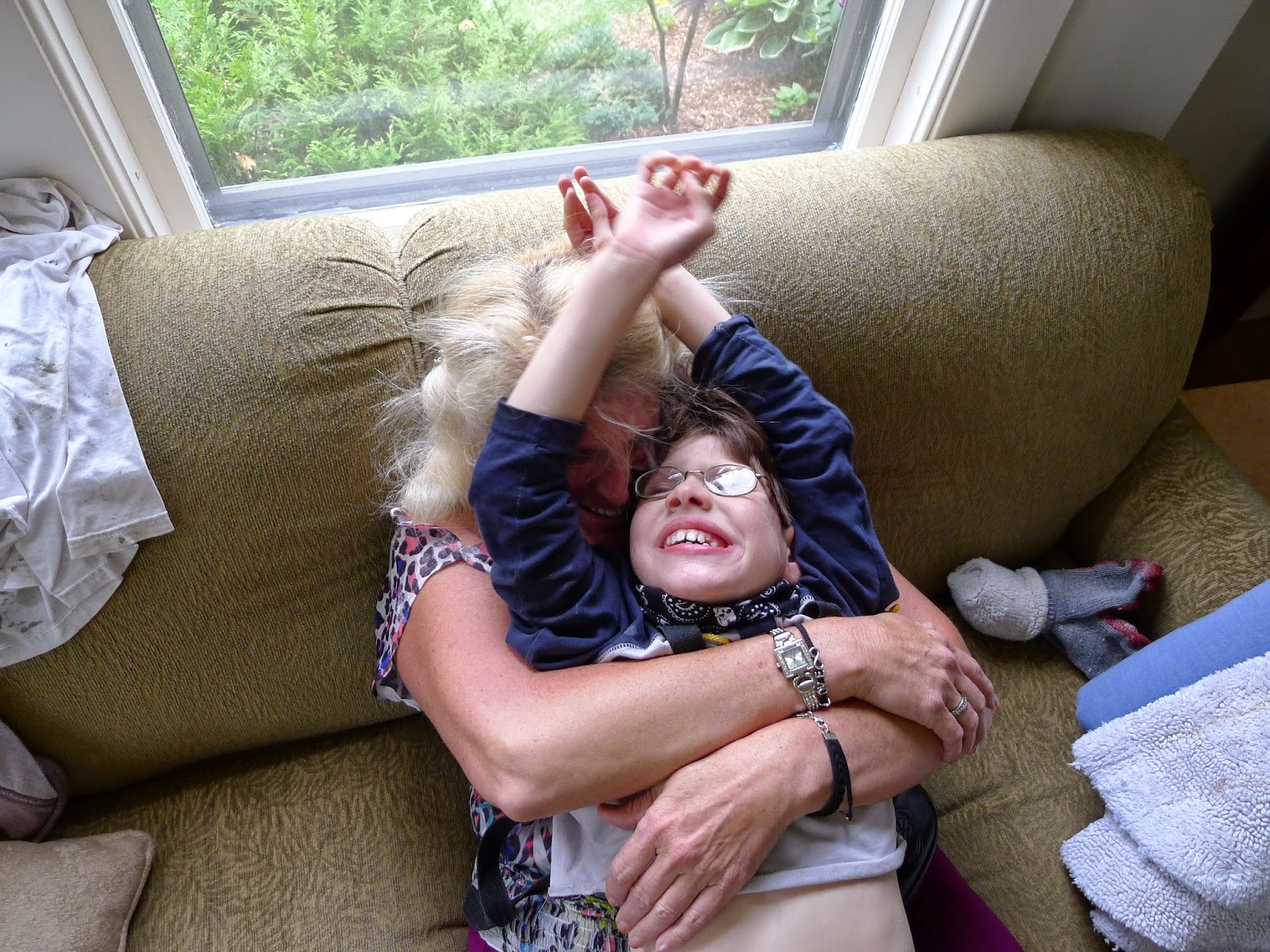 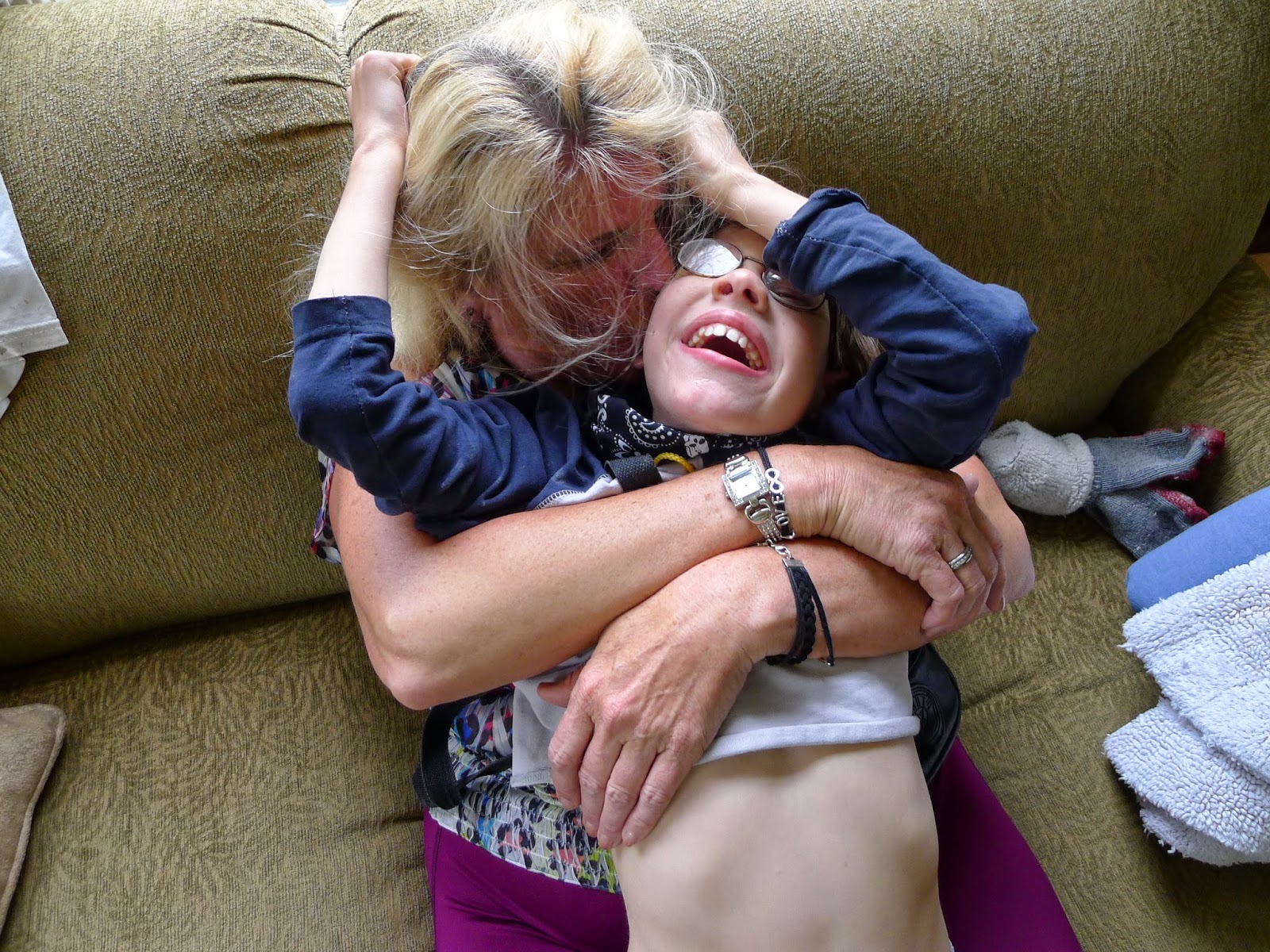 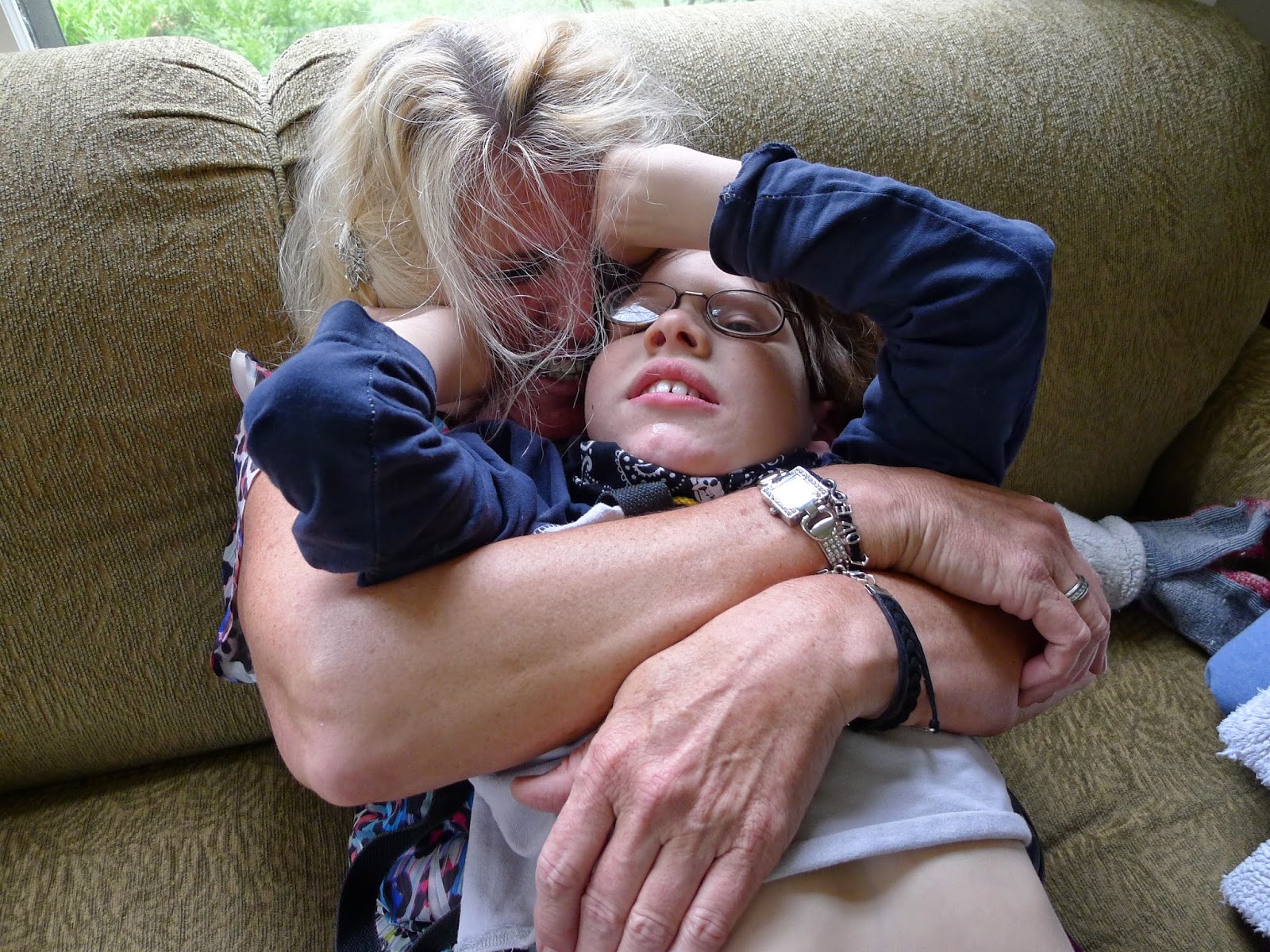 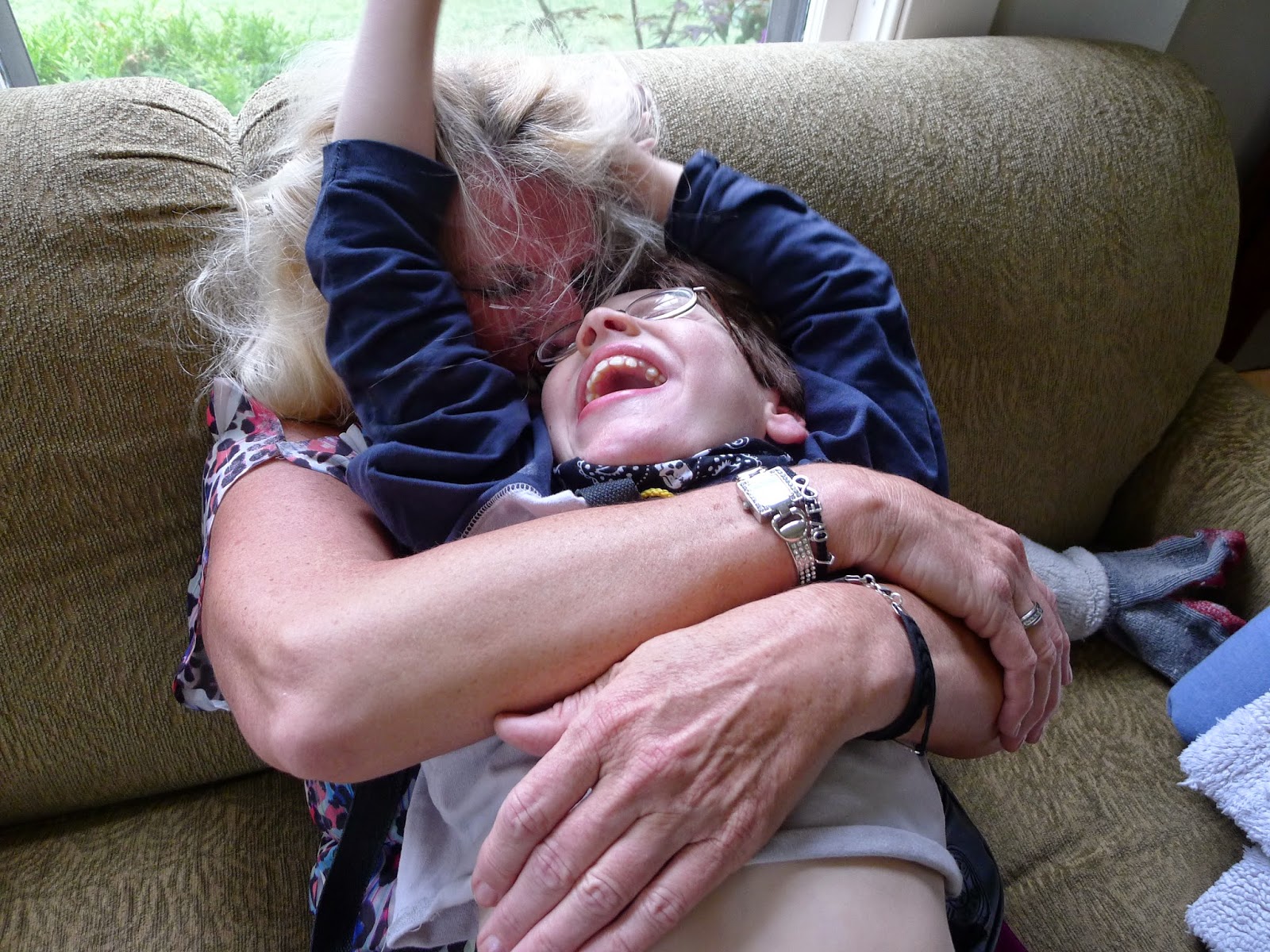 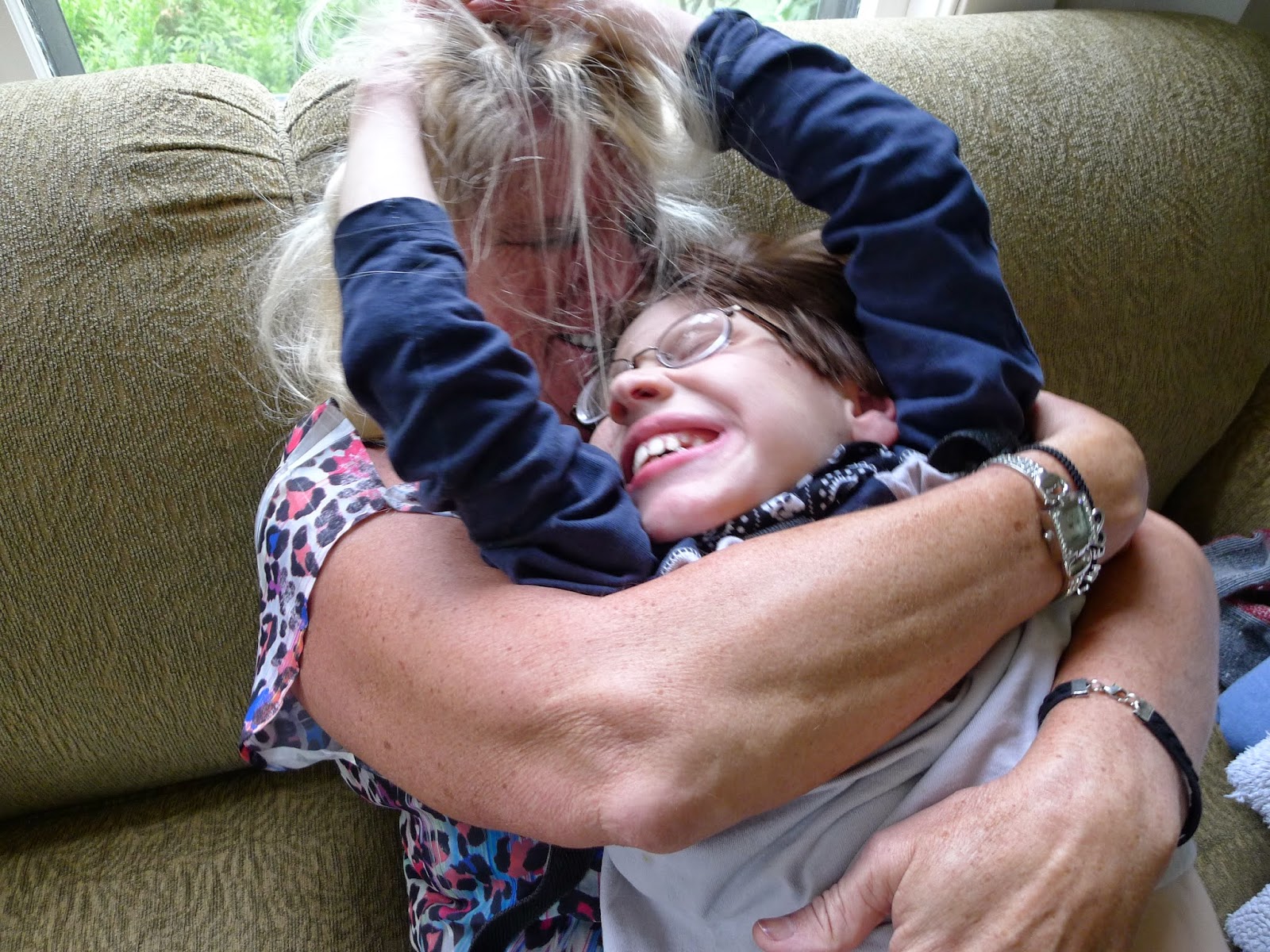 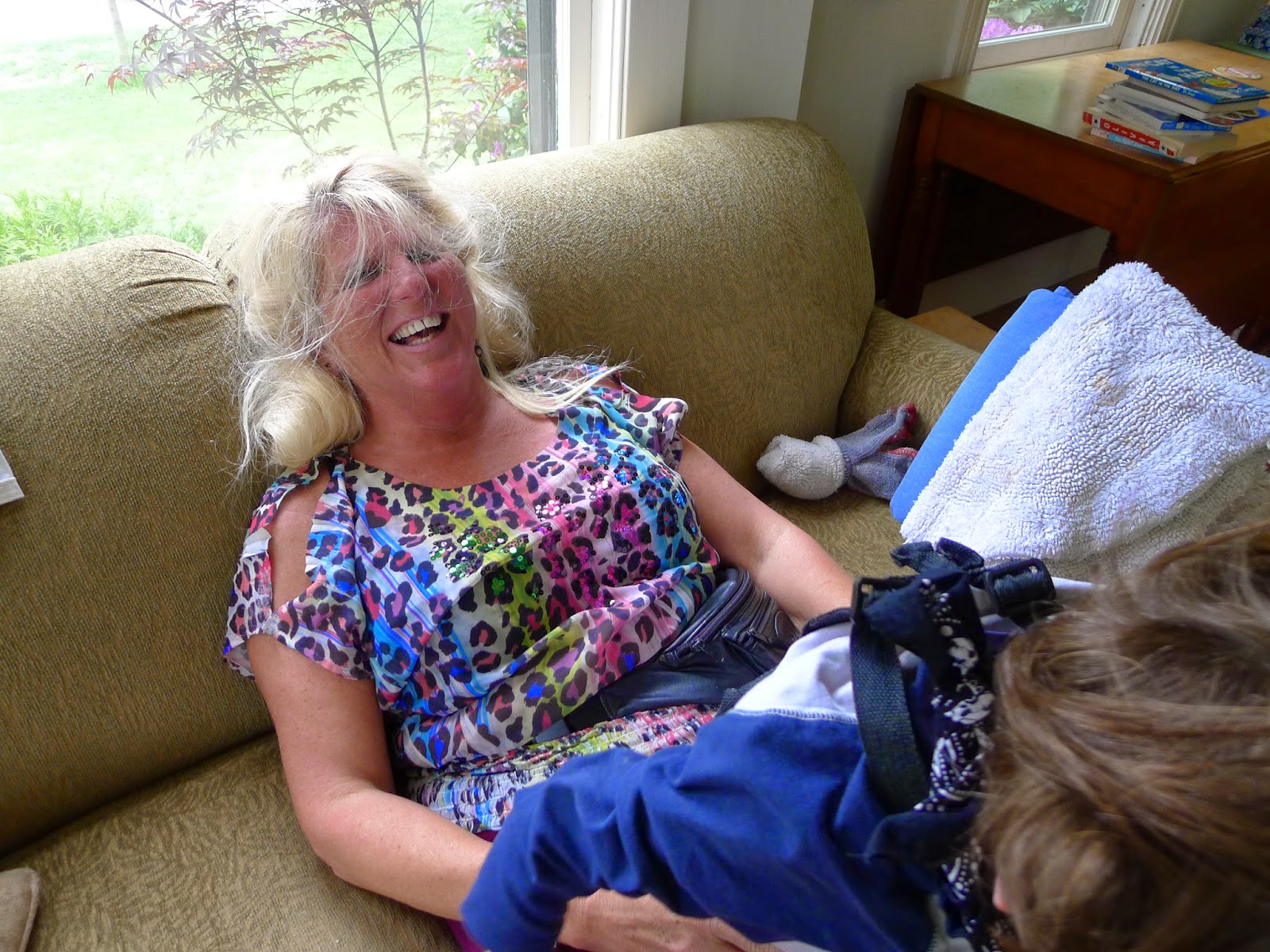 Posted by Christy Shake at 6:06 PM