Though it was only day three since Calvin's last seizure, yesterday's journal entry was marked with stars indicating harbingers of an imminent one. It read:

This morning, our boy awoke restlessly at two-thirty, then wet his bed. After we changed his diaper he was still unable to calm, so Michael crawled in next to him and held him. Calvin wrapped his arms around his daddy's neck. At five o'clock Michael called to me in the next room.

I jumped out of bed, looked at the clock and decided I'd give Calvin his morning dose of clobazam, hoping to stave off a fit. I straddled them both in order to syringe the sweet, milky liquid into Calvin's mouth just as his lips began turning a sickening tint; the grand mal seizure had gotten its grip.

Michael held him as he convulsed, keeping Calvin's head turned to the side to avoid aspirating on spittle or the liquid med. After two minutes the spasms began to subside, replaced with a typical catatonic gaze, then an hour or so of more rapid heartbeat, one hundred beats per minute.

Calvin is still not himself; perhaps he is getting sick. But the extra THCA cannabis oil I gave him—that I now always give him in the wake of these grand mal events—seems to keep the partial seizures pretty much in check.

So we'll spend this rainy day indoors, and hopefully get some much needed rest. 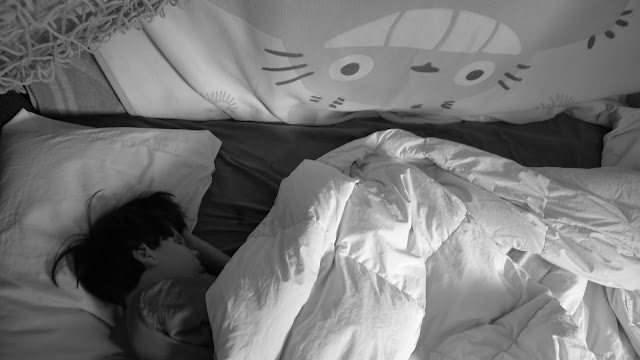