It was a first. Yesterday, Calvin walked down the street three doors to Woody's house without holding my hand—the entire way. I've never let him do it unassisted before since the uneven, frost-heaved pavement proves a rough terrain for my wonky kid whose bones are so thin and weak I fear a break if he trips and falls. I told Woody how impressed I was with Calvin's balance, then added that it probably meant he'd have a seizure in the morning.

Regrettably, it seems I'm batting a thousand these days.

At five a.m. the seizure came, sweeping us up into its panic, shaking our sleepy heads awake with its tremors, chokes and quakes. I rubbed frankincense into Calvin's wrists and feet and dabbed some on his pillow because I've heard its sultry essence can stop seizures. When the seizure was over, I gave Calvin his clobazam early, squirted it into his mouth in tiny bits followed with drops of water from a syringe. He shivered and twitched in my arms for forty-five minutes after the fit, his hands clammy and cold.

It rained today, a gift for the parched earth to drink, and a good day to be stranded indoors. I kept my boy home from school—again—following him around as he walked in circles, singing to him and reading him books on my lap as he accidentally pulled my hair. I managed to make a batch of cookies while he spun in the jumper; we delivered a few to Woody once Calvin seemed well enough to go outside. I held Calvin's hand this time and watched his face for signs of partial seizures as we strolled.

With some extra Keppra and two extra doses of THCA cannabis oil, we managed to dodge further seizures today. But the night brings uncertainty and risk since sleep and seizures, for whatever reason, are bedfellows.

It's already dark outside, though I can still see a steel sky beyond the limbs of pines. Somehow the sound of cars passing by on wet asphalt is reassuring to me, perhaps because of my time growing up in the suburbs of Seattle. Soon, Michael and I will put Calvin to bed. Hopefully, he'll smile at the chance to rest, as the drugs seep into his brain, as the cannabis soothes his soul. Hopefully, his only bedfellows tonight will be sweet dreams of kisses and hugs, rain and clouds and pillows. 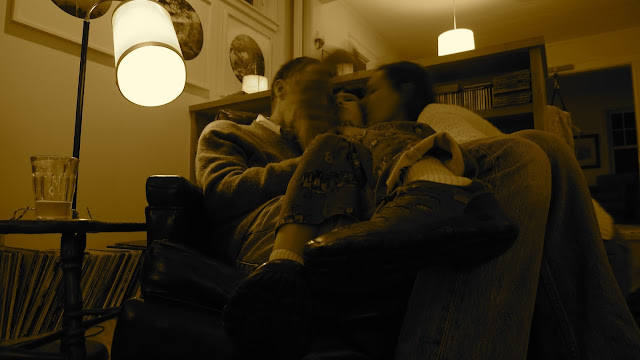 Posted by Christy Shake at 6:28 PM