caution to the wind

Despite trepidation, Michael and I made a rare one-night escape upstate with Calvin and Smellie. It had been over seven years since we'd made such a trip, heading north into the lesser-traveled parts of Maine. Though we used to explore a lot when we first moved here, we've done so only a few times since Calvin was born, mostly because of his seizures. Now that he is older and bigger, another concern is finding a safe place for him to sleep without fear of him getting hurt.

The height of leaf-peeping season, the colors in the hills were as dramatic as I think I've ever seen. Photo ops were afforded in every direction. Amid the vivid autumnal colors, placid Mooselookmeguntic Lake shined like molten silver.

Three hours after our departure, we settled into Idle Hour, a rustic lakeside cottage a stone's throw from the Bald Mountain Camps restaurant lounge where we were able to get glasses of bourbon on the rocks, take-away. A young woman seated at the bar surprisingly paid for our drinks, telling me that it was her day's random act of kindness. I'm not sure she realized how much her gesture meant to me.

Back at the cottage, while seated for minutes at a time on a futon and in Michael's lap, or in his johnny-jump-up which Michael rigged to a railing, Calvin passed the time contentedly as a fire in the wood stove crackled and popped. As usual, Smellie didn't venture far, even with the lure of the lake nearly at our feet.

At twilight, we eventually managed to settle Calvin into the middle of a squeaky queen-sized bed, propping a half-dozen heavy pillows around him. Michael began making his magic in the bare-bones kitchen, producing a perfectly cooked herb-encrusted rack of lamb, mashed potatoes sprinkled with some black trumpet mushrooms our friends had home-foraged, plus sautéed skinny asparagus. Thanks to the mild weather, we were able to dine on the porch with the door open, jumping up to check on Calvin every so often. After we finished our meal, an affable bloke from the cabin next door brought us several delicious barbecued scallops wrapped in apple-smoked bacon for dessert. He had visited us earlier and had asked about Calvin, his diagnosis and prognosis. Years ago we might have been incensed at such questions. These days we appreciate any genuine interest in our peculiar boy, even from strangers, particularly considering so many people gawk at or ignore Calvin, and some of my five siblings rarely ask how he is doing.

Before retiring to bed, I took Smellie for a short walk and noted the full moon rising in the mist over our heads. I wondered if Calvin's intermittent shrieking during the drive up had been due to the moon's gravity, wondered, too, if it were an omen. The grand mal at five o'clock the next morning—only four days since the last one—validated my concern. But regardless of Calvin's seizure, which was typical and self-limiting, requiring no emergency care, our adventure proved to us we should throw caution to the wind more often. 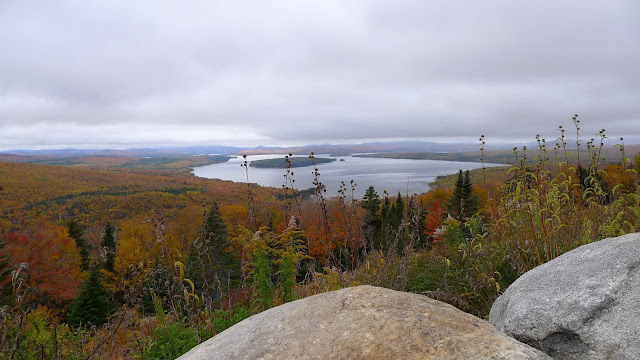 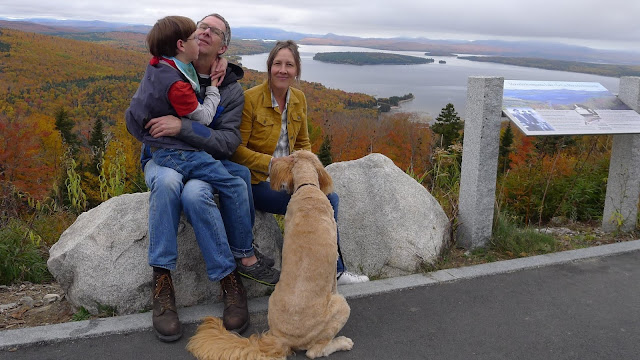 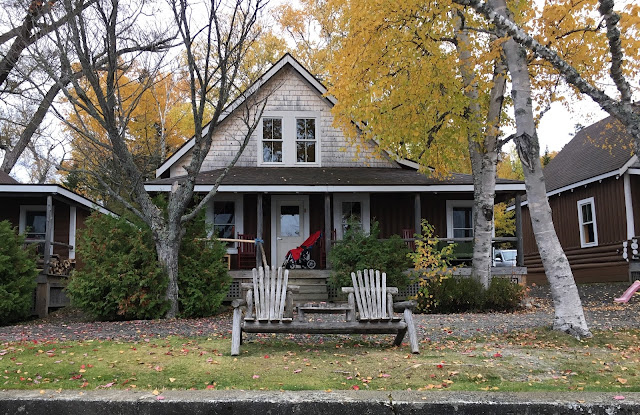 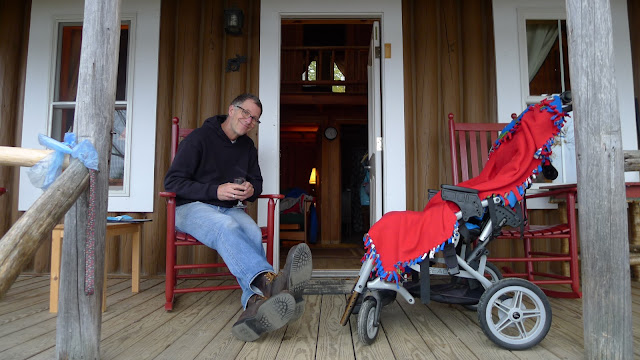 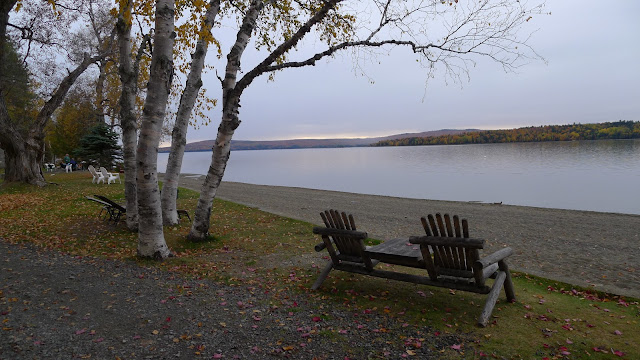 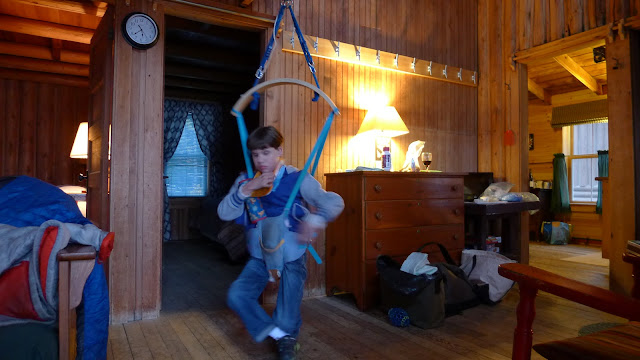 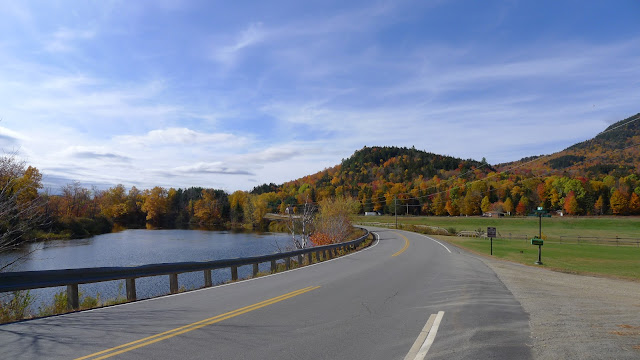 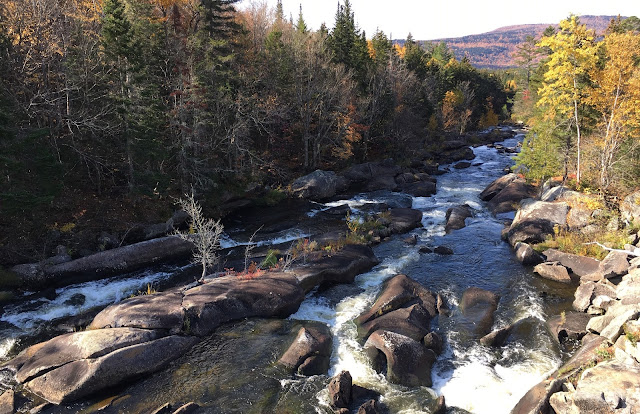 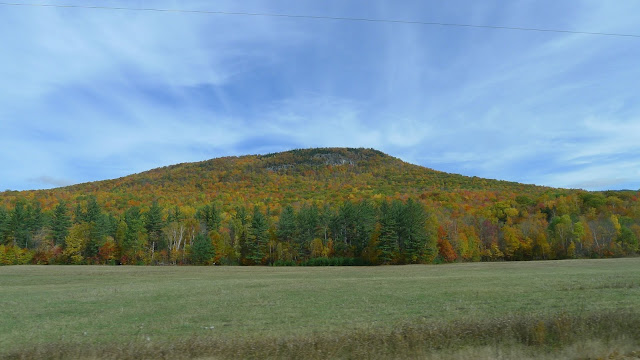