On Saturday, I read an op-ed by a woman who had a third-trimester abortion. So many of the details she shared reminded me of my own pregnancy with Calvin—the fetal MRI, the countless ultrasounds, the wretched diagnosis, the empty spaces where brain matter was supposed to have formed but didn't. Just as the author experienced, a neurologist explained to me and Michael that Calvin would likely face developmental delays, might not crawl, walk or talk. What the doctor failed to mention, however, was that Calvin might be prone to having seizures.

I did not consider having an abortion when I learned of Calvin's brain anomaly; my pregnancy was thirty-two weeks along. The thought never entered my mind, and no physician broached the topic. Had I known about Calvin's brain malformation earlier in my pregnancy, would I have had an abortion? I can't say for sure. Probably not. There were too many questions left unanswered for this optimist. As for my friend's third question about Calvin's survival, for weeks our boy struggled for his life. We were always pulling for him. He's here today. We love him. He's changed us in myriad ways. The kid has always been a fighter. Perhaps he teaches us about survival.

Having said that, in my very darkest most sleep-deprived hours, I do think about Calvin's mortality, sometimes even longing for deliverance for our child from his suffering, and from our strenuous, limiting, painful situation. I also worry about what will happen to him if he outlives us. Will people love and care for him? Will they keep him safe from harm? Will they be patient? Kind? Attentive? Tender? I think about how much easier life would be without having to take care of him—the constant vigil, the endless dirty diapers, the daily undertakings of a growing child who can do nothing without extraordinary help from others, the sleepless nights, the stress, the worry, the physical and emotional strain so taxing on my person. Then I imagine the enormous void he'd leave in my life, and I wonder, in that case, about my own survival. 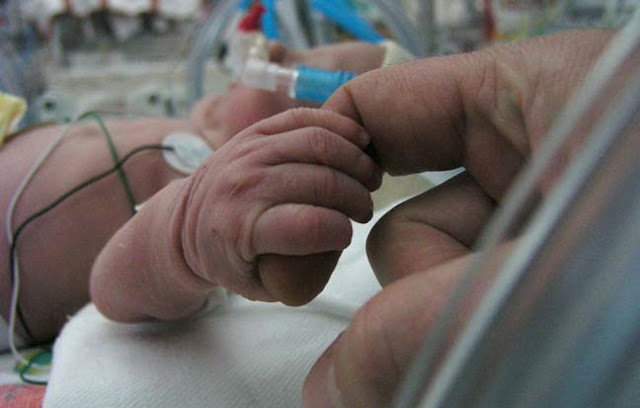