this morning, i woke up feeling grateful. calvin hasn't had a grand mal seizure in fifteen days. that's the longest stint he's gone in months and months. maybe even longer. recently, i decided to be more liberal in giving him extra thca cannabis oil. i'm convinced it is responsible for this longer stint. i figure cannabis is a better idea than adding a second pharmaceutical drug plus its side effects. they're terrible.

this morning, i woke up feeling grateful. calvin didn't soak through his diaper and wet his bed. we were able to give him his morning medicines and go back to sleep for a spell like we did yesterday. let me tell you: sleep makes all the difference.

later, while walking smellie at the fields, birds were flitting and chirping about. a friend i passed on the trails told me she had just seen some wild turkeys. mushrooms are pushing up through the earth in all kinds of sizes, shapes and colors. a partly cloudy sky turned into a low bank of fog, sharpening distant conversations like talk across water. autumn colors are emerging in fiery oranges, glowing roses, glimmering yellows and reds. this time of year is pretty damn gorgeous. i wonder if calvin appreciates the seasons.

yesterday, we got our flu vaccines at a drive-thru clinic, then went for a short car ride. the back roads were mostly quiet. in the back seat, calvin wrestled me into giving him hugs and kisses. he smiled gleefully. for the most part, the kid has been all right lately. only a few manic outbursts of yet-unknown origin. i'll take it.

today, we caravanned up the coast with the same friends with whom we recently vacationed. they're my sister and brother, and have a boy a lot like calvin. we stopped to grab some pastries in wiscasset, then made our way up to a place called sewall orchard where we watched apples being pressed into cider. we ate a sausage-ricotta pizza in a boat launch parking lot. i walked calvin to the end of the floating dock, holding him tight as it was rocking. i wonder what he made of it. wonder if he knew he was walking across water. 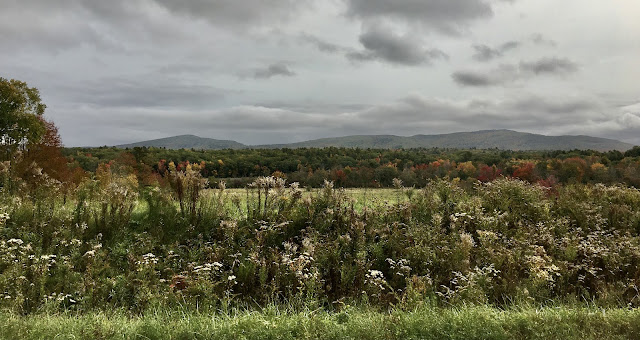 Posted by Christy Shake at 8:00 PM