When Michael is out of town, Matt leaves his wife and kids to come make me Manhattans and to keep me company. Lauren sometimes concocts pomegranate martinis while I sit at the bar in her kitchen. Dallas has been known to craft all sorts of delicious cocktails to imbibe at his place or mine. Kevin will mix me anything I want, but if memory serves, he makes a killer gin and tonic. Tim brews up the best and sneakily spirituous margarita I think I've ever downed; watch out! Luke loves to pour me a Maker's. Lucretia mixes elderberry with spirits. Jens and Barbara almost never show up without a bottle of bubbly in hand. Back before the damn pandemic, when I'd visit New York, I'd go to Petrarca, Ivano's family's amazing Italian restaurant in Tribeca, and he'd mix me up an Aperol spritz for curbside slurping. I used to belly up to the bar with a girlfriend or two and order beet yuzu martinis, rusty cowboys or Rita Hayworths, all garnet-colored drinks with a tart or spicy kick for any season, but especially good for sipping in winter. At home, my go-to is red wine, especially Gigondas and Côtes du Rhône. I enjoy a tiny glass, sometimes two, on most nights before switching to water. Once in a blue moon, I'll sip a shot of bourbon on the rocks, though not as often since my pal Woody died summer before last. During the holidays, Michael makes his family's bourbon eggnog; anyone who has knocked one back will tell you it's killer.

In short, and though I think of myself as a moderate drinker, I love a good cocktail. Perhaps since I don't drink them often, there's something special and festive about them that makes me giddy, even before I drink them! Sounds ridiculous, I know. But as Calvin's mother, I have to delight in the little things or I might wither and die on the proverbial vine.

But there are cocktails I loathe, and I don't mean the alcoholic kind. I'm talking about what neurologists and other physicians have coined drug cocktails. It's the piling-on of more than one drug at a time to treat a condition and/or treat the side effects of the drugs used to treat a condition, and to treat the side effects of those drugs, and so on. It's sickening, and I'm far from convinced it's necessary in many cases.

When Calvin was first diagnosed with epilepsy when he was two, the first few drugs he tried were as monotherapies, that is, one drug at a time. When each inevitably failed him, his neurologist would switch it out for a new one. It wasn't long, however, before the neurologist began practicing polytherapy on my little guinea pig. Calvin was barely three years old when he was prescribed three powerful drugs—Lamictal, Zonegran and Klonopin—in attempt to thwart his stubborn seizures. I questioned the addition of the third drug, a benzodiazepine, to be used as a bridge drug until the Lamictal, which must be slowly titrated to avoid serious, sometimes lethal rashes, reached a therapeutic level. I wondered why Zonegran wasn't a sufficient bridge drug since it was up and running at a therapeutic level (determined in clinical trials) from the beginning. The neurologist, who I'll call Dr. Rx, told me the Klonopin was meant to be used for only a few weeks. A few weeks turned into eighteen months, and in that time Calvin developed serious complications, including increased seizures, from the drug and its subsequent withdrawal. The use of the benzodiazepine—a class of drugs prescribed cavalierly for anxiety, insomnia and seizures, and meant only for short-term use (mere weeks because of their tendency for habituation and addiction)—felt like a cover-your-ass maneuver and a seizure-control-at-any-cost tactic. In any case, these drug combos, which are sometimes made up of as many as eight or nine antiepileptic drugs all at the same time, are commonly called cocktails. Sickening.

Thankfully, with some gumption, patience, research and gut instincts, I've been able to wean Calvin off of all but one pharmaceutical, Keppra. And with as many as five to eight grand mals most months, it's clear the Keppra isn't really working, which is why I've been slowly weaning it, too.

Suffice to say, the only cocktails we want in this house are the pretty ones made by loved ones from spirits which sometimes make me giddy. 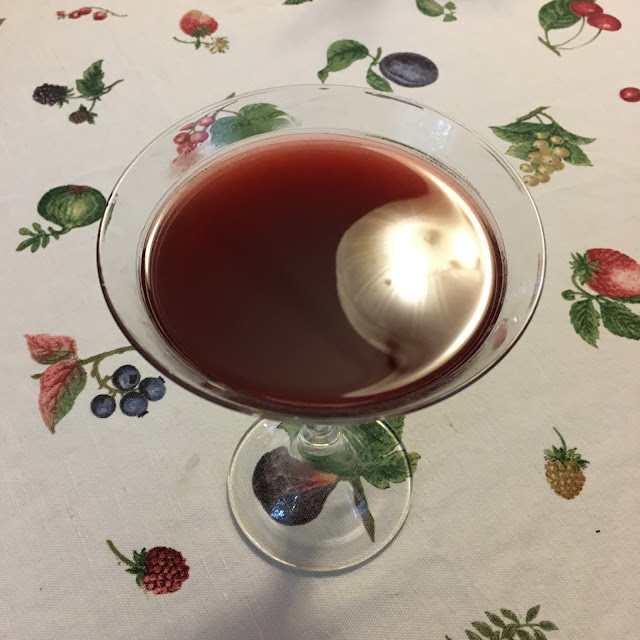