beautiful despite all the rest

Sometime within this last year while I was surfing Facebook I came across a sepia-toned portrait of a young woman, her downcast eyes highlighting thick, dark lashes, her forehead taped with EEG leads. Scripted across the top of the photo were the words, “My epilepsy makes me beautiful.” As I read the line my heart sunk and a storm of a thousand thoughts whirled in front of my eyes:

No it doesn’t! You are beautiful without epilepsy! Epilepsy messes you up! Epilepsy robs your health, drugs you out, fries your brain, risks your life, steals your memory, makes you fall, drags you down, limits your abilities, hurts your family, costs you money, deprives you freedoms!

And although I don’t have epilepsy—my eight-year-old son does—at the same time I tried to understand what she was saying. Perhaps she was trying to take back what epilepsy had stolen from her, trying to say that living with epilepsy had made her a stronger person. I have no doubt that it has. But to give epilepsy kudos, to somehow exalt it, to place it on a pedestal and praise it as some sort of positive entity, some beautiful characteristic, literally made me feel ill.

I immediately jumped on the phone and called my friend Susan. We exchanged horror stories of our drugged-up children going haywire because of the anticonvulsant medications—my son, at times, a spinning, flailing maniac; her daughter an enraged teenager tearing at her mother’s clothes—and we grieved. I mentioned my son had also been a zombie and how, if it weren't for all of the drugs, perhaps he'd be walking by himself, maybe even speaking. We talked about all of the “what ifs” and how things might've turned out differently if only for the epilepsy. I told her about the photo I’d seen online and how it made me angry and sad at the same time. I told her how I thought it might've been a teenager’s effort to be seen as “same” instead of “other,” to not be society’s outcast, to not be feared, marginalized, shamed. It was her effort perhaps, as it is for so many, to diffuse the power of epilepsy, to show that people with epilepsy can lead normal lives just like the rest of us.

But for so many millions worldwide, whose seizures are not controlled with medications—like my Calvin—or whose seizures are controlled but only with use of a debilitating amount of medication, life is anything but normal. It is painful and blurry and stifling and controlling and nauseating and chronic and scary and limiting and hopeless and sickening and hurtful and consuming and nagging and dreadful and unpredictable and worrisome and lonely and ... incurable. One thing epilepsy is not is beautiful, nor does it make one beautiful. Epilepsy is nothing but vile.

Instead, I would argue that the ones with epilepsy are already beautiful, that the souls who suffer epilepsy make themselves beautiful despite all the rest. 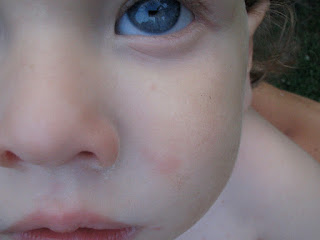