Twenty miles north of us is a town called Richmond, which is a stone's throw from a chunk of wooded land called Swan Island that sits in the middle of a river called the Kennebec. Michael and I spent part of the day there after launching our little boat in its high tidal waters. I needed a day out in nature, away from the house, the robocalls, the insurance papers, the computer, the medical research, the sick child and the deaf dog who poops everywhere now, including in the house.

Lately, I’ve been feeling a bit trapped, unable to get away to see my mom or my beloved San Francisco or my friends in Seattle, New York and Los Angeles, or the twin pines up north on the coast at the Lookout. And though I love my home here in this Maine town, compared to what I'm used to, it is small and remote.

We cruised north on the river a spell before bending around the tip of Swan Island hugging its rocky shore, then Michael cut the engine and we drifted. White pines stood rugged and green against a ridiculously clear blue sky. Fish jumped but eluded Michael’s snare. Some sort of weasel, otter or beaver slithered into the water from her weedy cover when our boat got too close. An osprey perched himself atop a naked trunk as ashen and dead as bone.

“Is that the wind through the trees?” I asked Michael, thinking I might be hearing traffic. Its soothing hush could’ve put me right to sleep, that and the crickets calls. But instead I knelt at the bow of the boat searching for hidden rocks that glowed amber through the water’s tannins. Just above the tree line a pair of juvenile bald eagles soared, one appearing to grasp something in its talons.

We made our way through a narrow channel notable to me for its quiet and for the leaves shimmering like paper coins in the wind. Just then a Great Blue Heron, spooked by our approach, sailed off into a protected hollow several yards ahead. Its size and grace struck me, its solitude something with which I could relate. The mouth of the channel opened wide into a reedy part of river, green buoys marking its channel. In the shallows the grasses grew thick and gold like a carpet sandwiched between the royal blue of water and sky. I looked at Michael and smiled, told him I liked the view, including him, and my eyes watered a bit with the plain and simple joy of existing in that moment, in that place.

Under the expansive sky I thought about my insignificance and the hundreds of billions of galaxies in the universe. I considered the tremendous distance in light years they are from us and from each other, then thought how lucky I was to be alive. How short this life is, I thought, and how full of beauty—beauty that, if I could, I’d miss seeing after I die. Then I thought of Calvin, who has no concept of his place in the world, this world of immense grandeur, and wished that he could appreciate this sort of thing, wished he could fish with his Dad, ride the bow with Mama, and skip a stone across a glass river called the Kennebec. 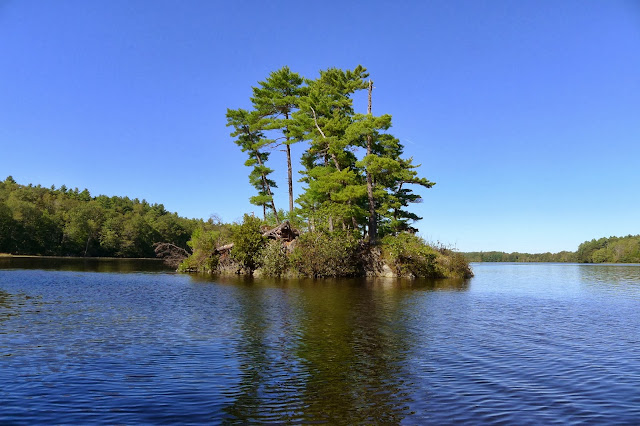 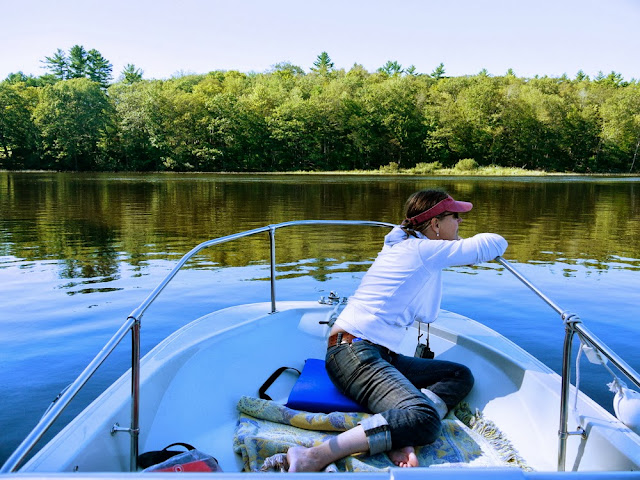 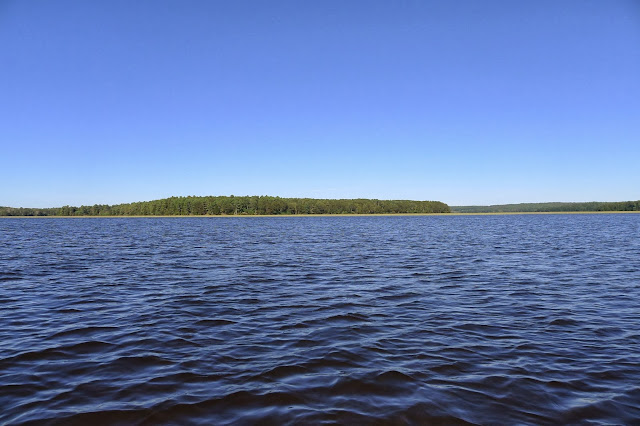 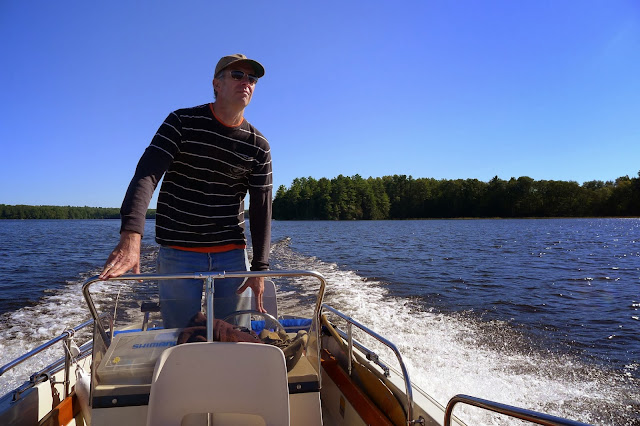