the trouble with epilepsy

In the nine years since Calvin was diagnosed with epilepsy, I've been reminded of my childhood friend Debbie's firstborn daughter, Kelli, who suffered from a severe case of epilepsy since infancy and who died from complications at the age of fourteen. I've learned that another childhood friend's niece started having seizures at the age of five as the result of a brain tumor. I've also been informed that my mother's uncle had epilepsy, my cousin had nocturnal seizures, and Michael's cousin once-removed has epilepsy.

In these nine years I've been told by a couple of my former swim teammates that their sons had seizures, one of them dying from SUDEP (Sudden Unexplained Death in Epilepsy) when he was in his early twenties. I've met scores of mothers and fathers whose children have seizures monthly, weekly, daily and who suffer terrible gashes on their foreheads, cheekbones and noses from falls during seizures. I've met a mother whose fourteen-year-old son drown while having a seizure. I've come in contact with mothers who blog about their children's seizures, the ills of the anticonvusants used to treat them, and of the promise cannabis holds for people with medically refractory epilepsy.

In just the past year a friend with an immune disorder began having comorbid seizures and another dear friend told me just this weekend that her young son was diagnosed with epilepsy. I've learned of a long list of celebrities who had or still have epilepsy and of others who had or have family members with the disorder: Neil Young, Susan and David Axelrod, Margot Hemmingway, Danny Glover, Jason Snelling, Jim Abrahams. Susan Boyle, Prince, Hugo Weaving, Florence Griffith Joyner.

While visiting my mother a year ago and sleeping in her bedroom in order to help get her to the bathroom safely, I was convinced she suffered two, short grand mal seizures in her sleep, the familiar rhythmic rustling of her sheets a dead giveaway and seizures often being comorbid events in people with Alzheimer's.

The trouble with epilepsy, besides the seizures themselves and the drugs used to treat them, is its prevalence. It would appear that no one is immune. Its victims are fetuses and infants, toddlers and teens, young adults and the elderly. It can strike the healthy and the infirm and can arise from head injuries, vaccines and viruses or simply seem to appear out of thin air. It claims men, women and children, rich and poor, black, white and brown. Epilepsy knows no boundaries. It is a taker of all that is most important to us: our well-being and that of those we love most. 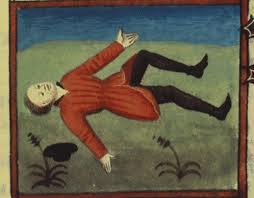 Posted by Christy Shake at 1:32 PM