the trouble with keppra

Nary a moment goes by when I'm not preoccupied with Calvin's well-being, behavior, seizure control, antiepileptic drugs and their side effects. After Calvin's February visit to the emergency room because of status epilepticus (serious, sometimes lethal, uncontrolled seizures) I spoke with his neurologist and pediatrician. Both of them, who I very much respect, thought it might make sense to increase Calvin's Keppra to account for his recent weight gain, thereby eliminating one variability in his regimen making it easier to analyze the effect of changes to his clobazam and/or cannabis oils. Unfortunately, I was panicked, and too quick to agree before giving it more thorough consideration. As soon as I added another 125 mgs of Keppra to Calvin's nighttime meds—his Keppra dose already well above the standard pediatric therapeutic level and therefore possibly toxic in some ways—I realized I had nevertheless introduced another variable, perhaps more consequential than what gradual weight gain had done to his dose over time.

Soon after the increase, Calvin's behavior deteriorated. He had been much calmer for the most part since reducing his clobazam and since gradually increasing his cannabis oils. He began flailing on the changing table again, woke nearly every morning irritable, was frequently agitated and fell into hysterics more often, sometimes on a dime. Since then, Calvin has suffered two more bouts of status epilepticus despite the increase in Keppra. So I've been considering dropping his dose back down while temporarily pausing the clobazam reduction and any increases in cannabis (to limit variables) hoping his behavior will improve.

Before making this change, however, I thought it best to reacquaint myself with a list of Keppra's side effects, a drug known mostly for its negative impact on behavior, albeit one that often offers decent seizure control and which most people tolerate well enough. This is what I found (listed below in alphabetical order) and though I can't know for sure everything that Calvin is feeling and experiencing since he can't tell me, it has confirmed for me what I need to try for Calvin's—and for our—quality of life, which is to take the extra 125 mgs of Keppra away. I've highlighted the side effects I think might be bothering Calvin, some of which, however, are the same ones I could attribute to benzodiazepine withdrawal, except that they were most evident in the days and weeks after the increase in Keppra: 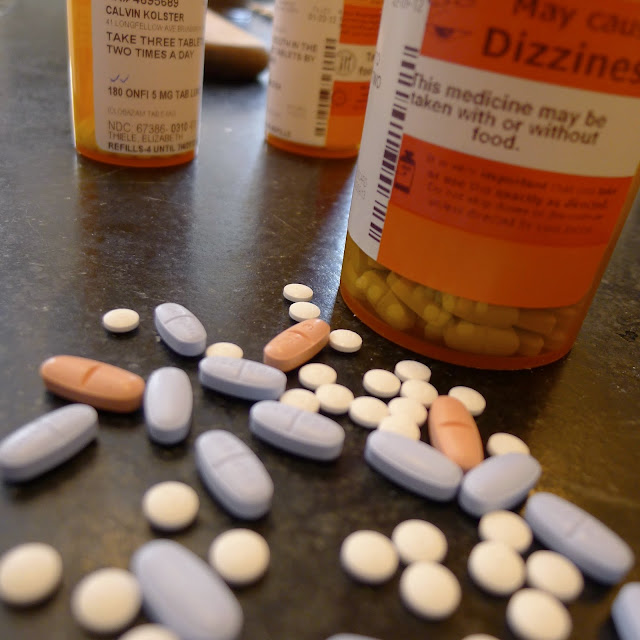