I meant to post something about trees—gorgeous, majestic, budding ones. Instead, I'm writing about certain (particular and reliable) miseries.

At eight-thirty p.m., while watching a film, we hear our son's seizure scream, the one that begins every one of his grand mals. It's a shriek worthy of horror flicks and, like so many things about my son, unnerving. I had seen the fit coming in his day's mania and refusal to eat, his hot skin and flushed cheeks, his near inability to poop and pee. After it ends, I slip into bed with him. Michael pulls the blanket over us. With my arm around Calvin's waist, in the dark I begin to think and dream.

While lying there, I lament our miseries: my son's brain anomaly; his inability to speak; his difficulty seeing; his unbridled staring at the sun; his akathisia; by far and away, his seizing; our inability to travel freely. I dream of being able to leave—this reality, this house, this town, this country. I wish I were out on Pennellville or Rossmore roads right now (or a similar road in, say, Italy.) I wonder what it's like there at night, the half moon rising from behind a bank of trees, the inky sky sparkling with stars in a way unlike the well-lit skies in town. Perhaps I'd see mackerel clouds passing by. I imagine myself standing in the dark at a rise in the road overlooking the familiar rolling hills, my eyes adjusted to see all, my ears keen to every sound. Perhaps there'd be a ghostly mist blanketing the fields. Alone there, might I be afraid or consoled? Who might I see at such a time on these lonely roads? Childfree folks? Other wandering fathers or mothers? No one at all? I'll likely never know.

I think of the movie we'd been watching called Rage, with its actors' vivid renditions and their vibrant backdrops. Calvin's might be indigo or orange. What color would mine be? Electric pink? Burgundy? Denim blue? Acid green? Which one best matches my emotions? I tear through all of them—rage, desire, anxiety, fear, dread, discontent, hope, despair, shame, love, gratitude, joy, contempt. I feel them deeply. Perhaps more so because of Calvin, but what do I know?

At ten-thirty p.m., I give Calvin a prophylactic half syringe of CBD. At two a.m., again he seizes. I don't think the CBD caused the fit, but it surely didn't prevent it. Afterwards, he becomes agitated, incessantly rubbing his fingers together and patting surfaces in his bed. He throws an elbow into my throat. Picks up and pounces on my chest. Drops his full weight into my quad with his knee; I think of George Floyd, immediately regretting any self-pity.

At three-forty-five, I give Calvin his morning THCA and leave him alone to toss and turn so I can get some much-needed sleep. I close my eyes and dream of people loving me.

This morning, Calvin's breath smells foul. I wonder if it's blood from biting his tongue or cheek. With him in my lap on the faded green couch, I look outside to a white sky. I wonder where the clouds are headed. For now we're housebound. Calvin spends hours getting on and off the couch, patting its edges, reaching for me. He's not drinking, not eating, not seizing. He's going nowhere but in miserable circles. The metaphor is not lost on me. 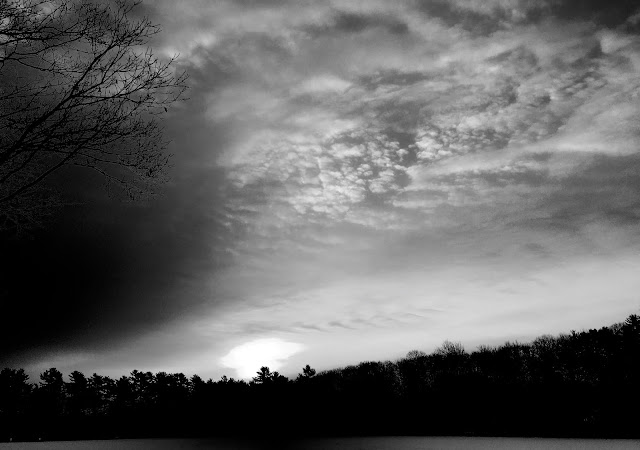