There are many reasons that people become passionate about what they study. For most people, the reason isn’t the five centimeter chunk of their brain that was removed. Yes, I am missing the majority of my right temporal lobe and there is no way you would ever know. I make good grades at a so-called “top-tier college” and I am unburdened by social or learning differences. Therefore, a substantive part of my journey through epilepsy has been unseen and unheard.

When I was sixteen months old, my mom stood awed and helpless as her first-born’s lips turned blue. I proceeded to shake all the way to the hospital as my dad sped through traffic lights and my mom cried holding her convulsing baby. No matter the type of toxin the ER doctors shot into my tiny veins, I continued to seize in what was later qualified as status epilepticus, an unstoppable seizure lasting more than thirty minutes. As few people know, status epilepticus and other seizure-related causes kill 50,000 people a year in the United States. Therefore, my silent battle acted somewhat as a metaphor for the silent battle that is epilepsy on a broader scale.

After that, I grew up without so much as a second thought about epilepsy besides the morning ritual of feeding all my bears their phenobarbital before taking the thick red liquid myself. I continued to have seizures six or eight times a month—daytime hallucinations that, though I am only twenty, I am sure will be the scariest moments of my life. I had seizures during softball games, playing the violin, white water rafting, singing, I had seizures on three continents! But these episodes looked like I was “spacing out”; very few people—even pediatricians and highly educated parents—are aware that seizures can look like merely a blank stare but can feel like another hellacious world.

Finally, I was hit head-on with a softball during one of these spells, I was referred to a neurologist, who declared that I had “a seizure disorder” in a way that made it sound like a death sentence. He informed me matter-of-factly about all the things “I wouldn’t be able to do.” Swimming was too dangerous; if I flew, the plane would have to land in the event that I had a seizure (I had already had upwards of ten seizures on planes, thank you very much); I couldn’t ride my bike or my unicycle alone, etc. When I recount this list to my current neurologist, who has changed my perspective on the world, she simply laughs. Isn’t it incredible that even neurologists can be so prejudiced? None of these restrictions were necessary given that I bike with a helmet and swim with someone nearby.

Epilepsy has caused me serious pain over the years, and that will never diminish. However, as I hinted in the opening of this post, there have been some serious silver linings. I am passionate about studying neuroscience, in part because I experienced the uncontrolled action potentials of the neurons firing in my right temporal lobe. Epilepsy also informs (to a lesser but still substantial extent) my study of sociology, my other major. Being disabled is my only experience of being a minority, and I have certainly been pummeled by deeply stigmatized comments about seizures, enough content for another post. I was recently inspired by a philosopher who wrote that it is usually the brightest minds rather than the minds that have problems that heal the disabilities of the brain; I question why those two categories have to be mutually exclusive in my work on neuroscience research every day. I will spend my life fighting for a cure for epilepsy, but until the public knows the immense pain that epilepsy causes, we will be unable to obtain this goal. Thank you for educating yourselves and being a part of this fight. 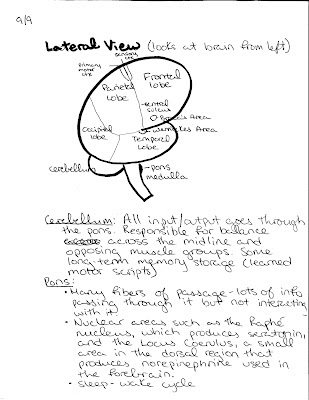