In May of 1995 I was thirty-one and living on Ashbury Street in San Francisco, a block and a half up from Haight. I’d just dumped my compulsive liar boyfriend of five years and moved from a tiny downtown Murphy-bed studio into a gorgeous, empty 1400 square foot Victorian flat with my dear friend Seti. It was one of the best years of my life. I had black hair and clip-in extensions, wore a little lipstick, was in some of the best shape of my life living in a city meant for me.

I’d just taken a thrilling five-day paddle-boat expedition down the raging Colorado River in the Grand Canyon, had begun realizing a lifetime dream of designing clothes, was driving a 1967 Ford Mustang 289, living footloose and fancy free below a couple of goofy guys—artists both—whose apartment adjoined ours by way of a backyard garden staircase that lead up to a deck overlooking Golden Gate Park to the blinking red tip of the Golden Gate Bridge and out to the Pacific Ocean.

Yesterday, Seti’s former boyfriend, Tunç, sent me some old video he’d taken of her and I that May walking from our apartment down Ashbury Street toward a favorite Haight Street restaurant called Cha Cha Cha. Watching the video cracked me up, seeing the two of us ham it up for the camera, seeing the love I had for my friends, for the city, for life.

Weekday mornings, just like everyone else, I had to wake up, get dressed and go to work, after which I’d take an outdoor swim, come home and cook dinner, eat it, with or without Seti, but always with a glass or two of red wine facing a rolling bedroom fire on a fake Flokati rug. Then, I’d put on some jazz, sit down at my drafting table and sketch until at least midnight. I had no other responsibilities besides paying the bills. I could come and go as I pleased, travel when I wanted to, visit family on a whim, go off adventuring with newly befriended strangers, stay up all night if I wanted to. My weekends were free to dine out or stay in with friends, host parties, browse vintage stores and flea markets, nap in Golden Gate Park, hike Mt. Tamalpias, snake along the coast to Stinson Beach, dress up in a sleeveless, plaid polyester pantsuit to dance with a bunch of buff, shirtless men in the back of a flatbed truck during San Francisco’s Gay Pride Parade, ride out to Ocean Beach, sunbathe nude at Baker, drink wine and listen to live music at the Beach Chalet or Yoshi's or EOS or Firefly, eat Indian and Ethiopian and Italian and Thai and Dim Sum and Mexican and French and Cajun and Californian Infusion cuisine.

After watching Tunç's videos while icing a sore back, I took my tired self upstairs. I grieved the loss of my former life to Michael. “You’ve got a lot more to take care of now,” he said softly. I looked at my nude body in the mirror, which has thickened some since then. I asked myself, had I known then what I know now, would I have wanted to have children?

As I write this, having just spoken to Seti on the phone from Los Angeles, I realize I still have the important stuff of life, even if I don't have some of the luxuries. I have Seti, I have Michael, I have Calvin—the best person I know—I don't have my dad but I have my mom, at least the essence of her, I have my siblings and a new family, I have love and laughter and my health and a beautiful home, wonderful friends near and far, a great community, a gorgeous garden, a place to make art, to write.

Perhaps I'm just trying to make myself feel better, to justify away my sadness at the loss of such freedom, but maybe that freedom was somehow hollow, or contrived, or stuffed with things that didn't matter, like hair extensions, fast cars, tight bodies, fried calamari. (Okay, nix the fried calamari from that list.)

Looking back, maybe I've just traded what was a broad life for a deep one. And, hopefully, nineteen years later, I'm still mostly me. 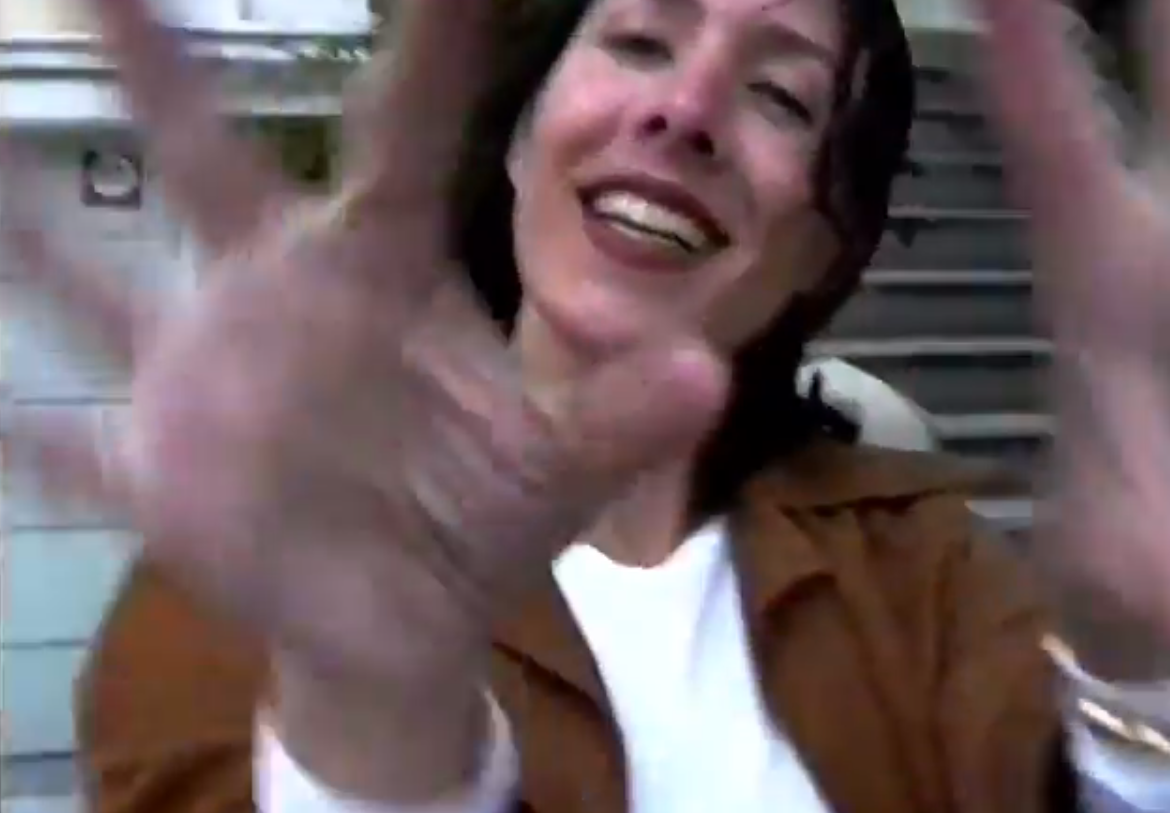